Agape Village is located above Interstate 205 off of Southeast Powell Boulevard, next to the Central Church of the Nazarene. 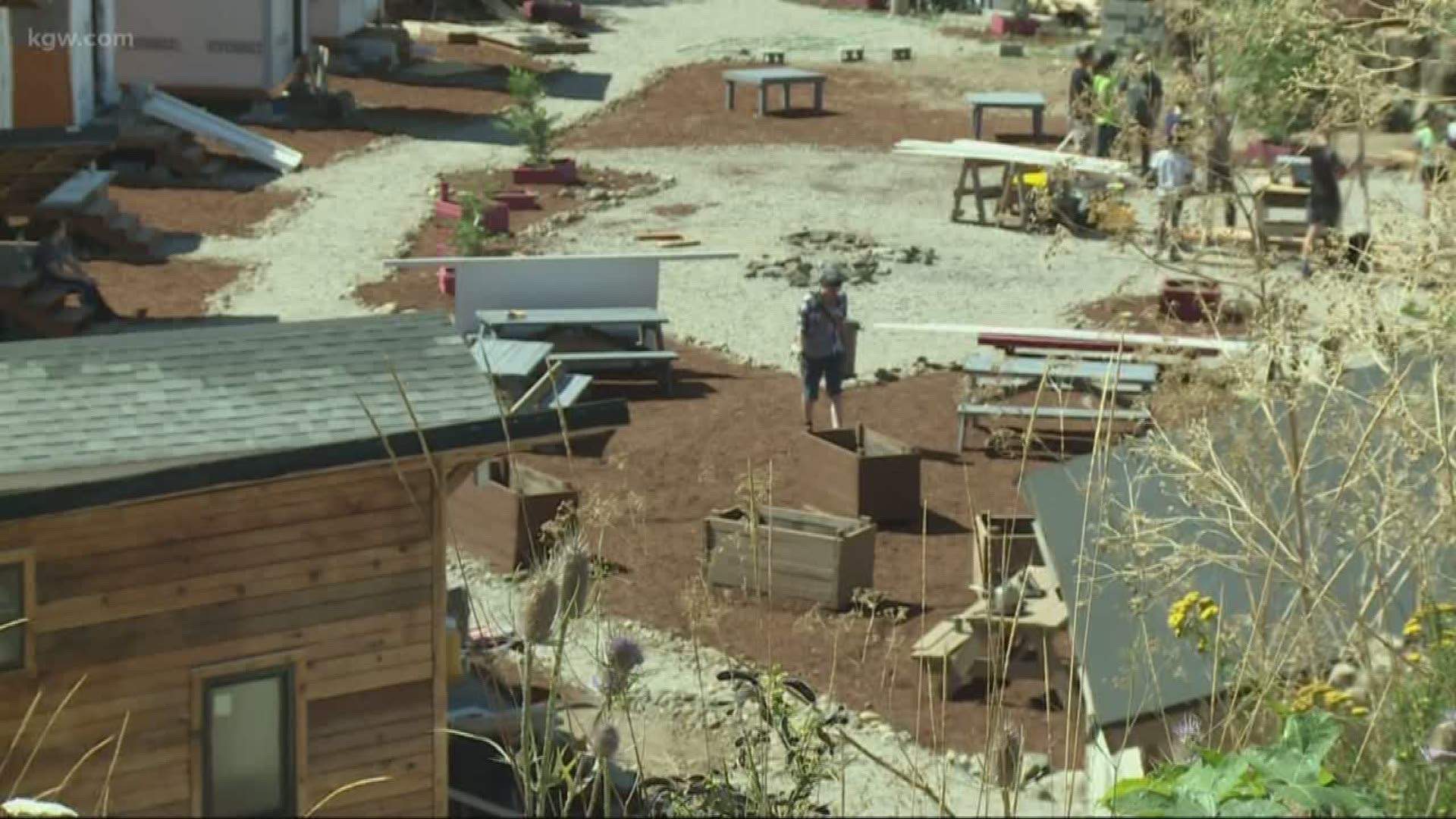 PORTLAND, Ore. — As the homeless population increases so do the homeless villages and there’s a new one that’s about to open in the next couple of weeks.

It’s called Agape Village and volunteers have been working on it tirelessly since last summer. When it’s all built, there will be a total of 15 homes and there’s already talk about expanding.

The latest village is located above Interstate 205 off of Southeast Powell Boulevard, next to the Central Church of the Nazarene.

Ron Clark, who’s a minister with the Agape Church of Christ, says like other villages in Portland, Agape Village is designed to help people.

“We have a screening process and they become members of the community and there are rules like all of the other villages, they work in this village, they come to meetings every week,” Clark said.

With the goal of opening at the end of the month, several youth group volunteers from across the country have been doing some manual labor on their summer vacation.

The plan right now is once the first phase of the village is built, Clark and other volunteers are looking into adding another level of homes above the church.