79 people died while homeless in 2017 according to new report

The youngest was an infant, while the oldest was 81-years-old, the report said. 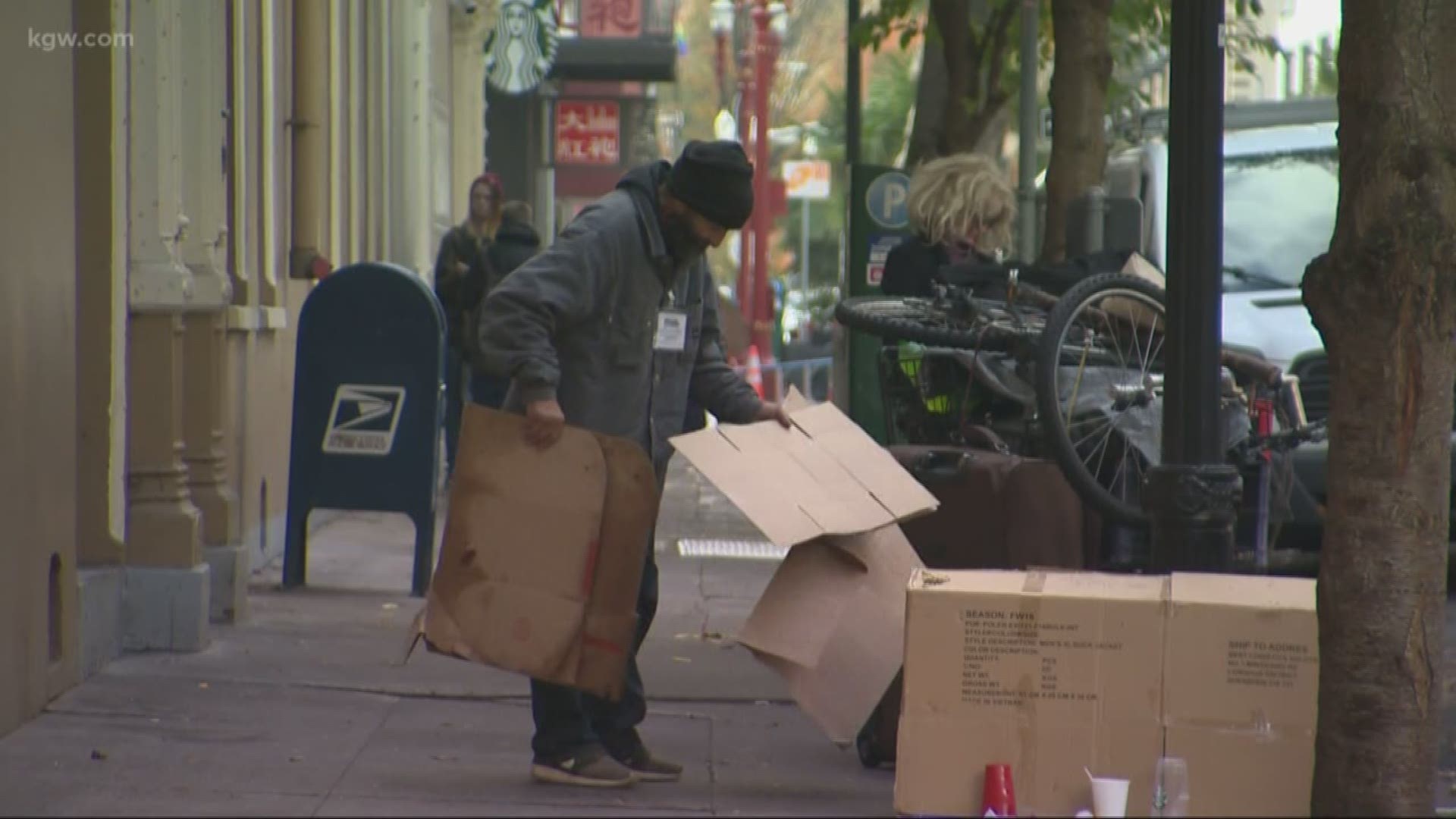 PORTLAND, Ore. — A new report out Tuesday shows how many people died while homeless in Multnomah County in 2017. Homeless deaths have been tracked every year since 2011, to shed light on the housing crisis in Portland. Since 2011, 438 people have died.

Sandra Hahn knows what it feels like to be without a place to call home.

“I do know what it's like to be homeless, I know that it's very unpleasant,” Hahn explained.

You could feel the sadness as Hahn pointed to pictures of people who died while homeless. The photographs hang on the walls of Street Roots, an organization that helps people experiencing homelessness get an income by producing a newspaper.

“Rebecca was one of my neighbors and we truly miss her,” Hahn said. “Andy worked in front of Safeway, and he's well missed, and we hope that others don't die like Andy.”

Hahn now works at Street Roots and found housing. She hopes others find the same, but for some it is too late.

In 2017, at least 79 people died while homeless in Multnomah County. The youngest was an infant, while the oldest was 81-years-old.

“We need to rapidly rehouse vulnerable people and fight even harder to keep them from ever becoming homeless in the first place because one death is too many,” explained Multnomah County Chair Deborah Kafoury at a press conference about the report.

Drugs and alcohol were the reason for 46 deaths, which is more than half of the total number of deaths. That high number makes a strong case for the need for drug treatment, but those who work with the homeless say the success of addiction treatment goes hand in hand with housing.

In 2017, methamphetamine surpassed opioids as the leading cause of death among the homeless. Portland Police said meth is extremely prevalent and cheaper than ever to buy.

“When I've asked people why do you use meth and all that, two times, there's been two different people who told me, especially when it's cold and they're hungry and they've got nowhere to go because the homeless shelters are full, they don't want to go to sleep, so what they do is they use meth to stay awake,” said Portland Police Bureau Drugs and Vice Division Officer Carlos Pagan.

Staff who work with the homeless said the number of deaths should be a wakeup call that more needs to be done to address the housing crisis.

“When we look at the numbers of people who have died, we also insist on seeing the people who are still alive and as a community, we must fight for their lives,” said Kaia Sand the Executive Director of Street Roots.