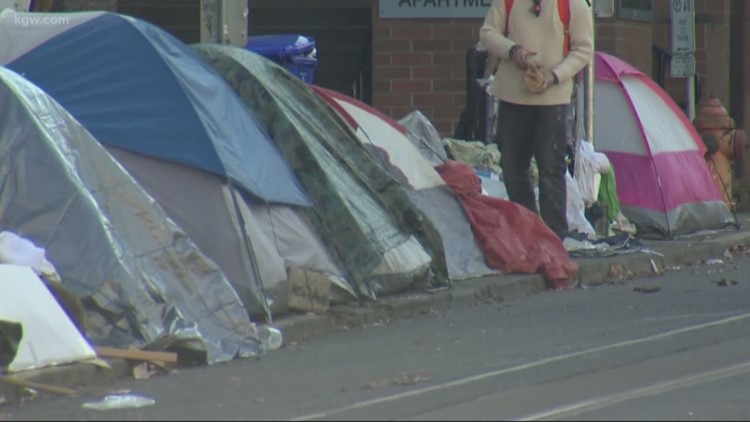 PORTLAND, Ore. — Ten homeless people were killed in Portland's Multnomah County in 2018 which is the highest number since the county started tracking the deaths eight years ago.

The Oregonian/OregonLive reports the number of deaths from homicidal violence doubled from the five recorded in 2015, which had previously been the highest on record.

The rise in homicides is only one driver in a year that saw the largest number of people ever dying on the streets of Portland as well as in hospital beds, vehicles, shelters and motels.

The reports have consistently shown that homeless people tend to die in their mid-to-late-40s for all genders. Black people die on the streets at a disproportionately higher rate.

These counts are likely much lower than reality, because they are only ones that the medical examiner's office investigated and could confirm were homeless at the time of death.

RELATED: 'I felt the slightest pop in the middle of my back': Homeless man describes attack that left him paralyzed