Homeless woman swims to save drowning man in Salem

Authorities are thanking the woman for jumping into action but are also cautioning people, saying that it is dangerous to attempt a rescue if you’re not prepared. 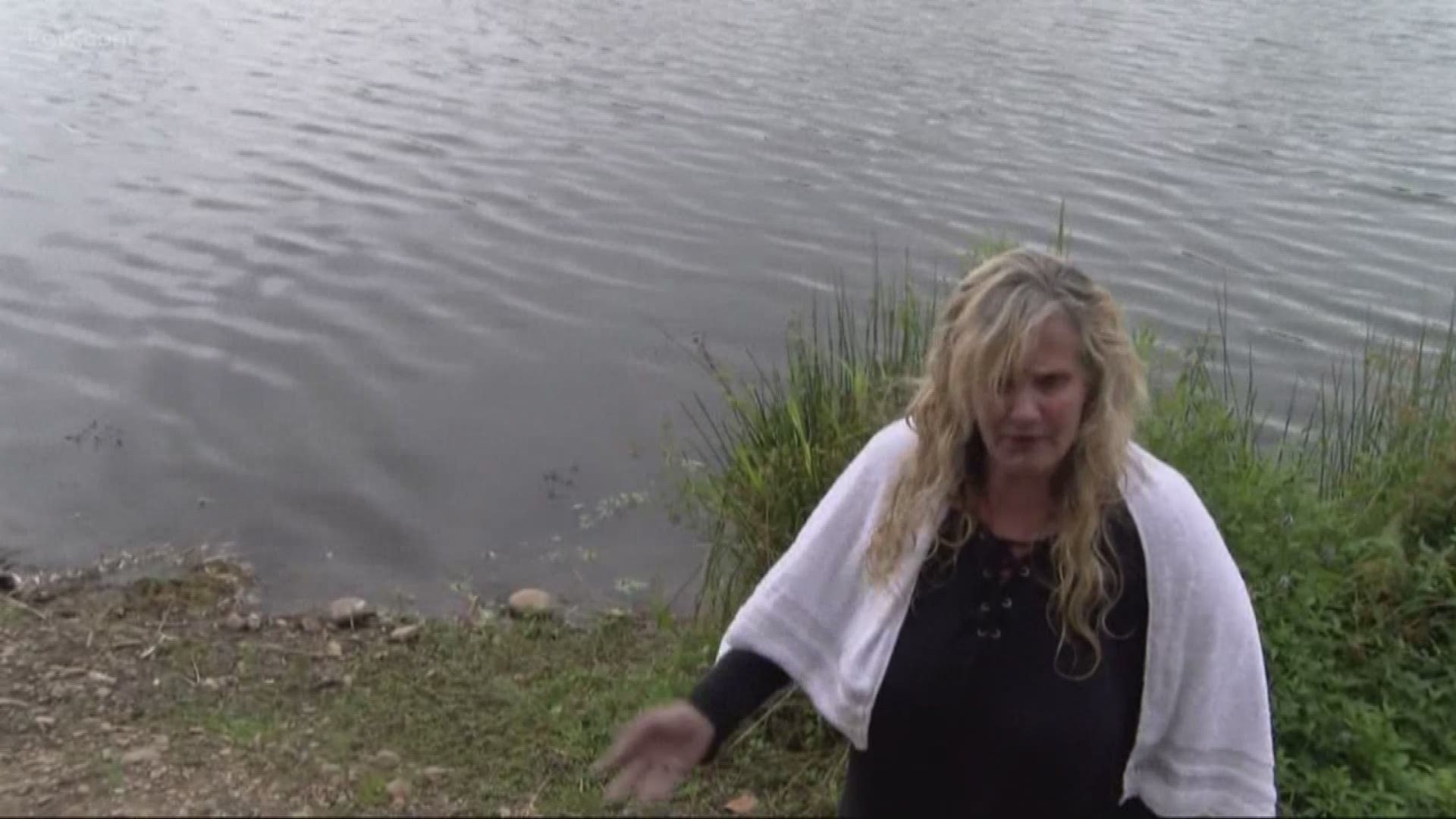 SALEM, Ore. — A homeless woman risked her own life to save a man from drowning at a Salem park Friday morning.

Authorities are thanking the woman for jumping into action but are also cautioning people, saying that it is dangerous to attempt a rescue if you’re not trained or prepared.

Her effort comes amid a string of local drownings and accidents in the water.

The incident happened at around 11:30 a.m. at Cascades Gateway Park.

Kristi Hauser, 55, said the man was panicking and could barely keep his head above water by the time she reached him. She said she talked to him, kept him calm and told him to float on his back.

Afterward, Hauser, who has a pacemaker and is suffering from heart failure, was nervous and tired.

“I thought I'm the only one who really is the most capable, even though I have my own issues myself... and I can swim. I wasn't going to let myself drown,” she said. “They said a lot of times people who are rescuers drown, you know? I wasn't going to let that happen, but it was harder than I thought it was going to be.”

Salem police confirmed to KGW that Hauser is fine. The man, who is in his mid-20s, had taken in too much water, so paramedics took him to the hospital. He should be OK, police said.

Authorities said Hauser was brave, but they caution people: if you don’t have a life jacket and aren’t trained in saving someone from drowning, don’t swim out to them and put two people in danger. Instead, they advise you get a lifeguard if they’re there, or call 911.