Oil was discharged into the river from a 3,300-gallon steel storage tank in 2018.

ASTORIA, Ore. — A proposed consent decree filed in court says a historic luxury hotel in Astoria, Oregon, and a private estate would pay nearly $1 million in damages to the government for cleanup of oil that spilled into the Columbia River from a fuel tank beneath a partially collapsed pier.

The Oregonian/OregonLive reports a government complaint says between Jan. 12 and March 7, 2018, the U.S. Coast Guard responded to reports of bunker fuel oil discharges into the river from a 3,300-gallon steel storage tank beneath a pier downstream from the Cannery Pier Hotel.

Under the decree filed Tuesday, Cannery Pier Hotel and the estate of Robert H. Jacob, the owner of the hotel who died in September, would pay $994,146 to the U.S Department of Justice and the U.S. Coast Guard.

The parties have signed the decree, and it awaits approval by a federal judge in Portland.

From 2018: Crews work to clean up oil sheen near Astoria 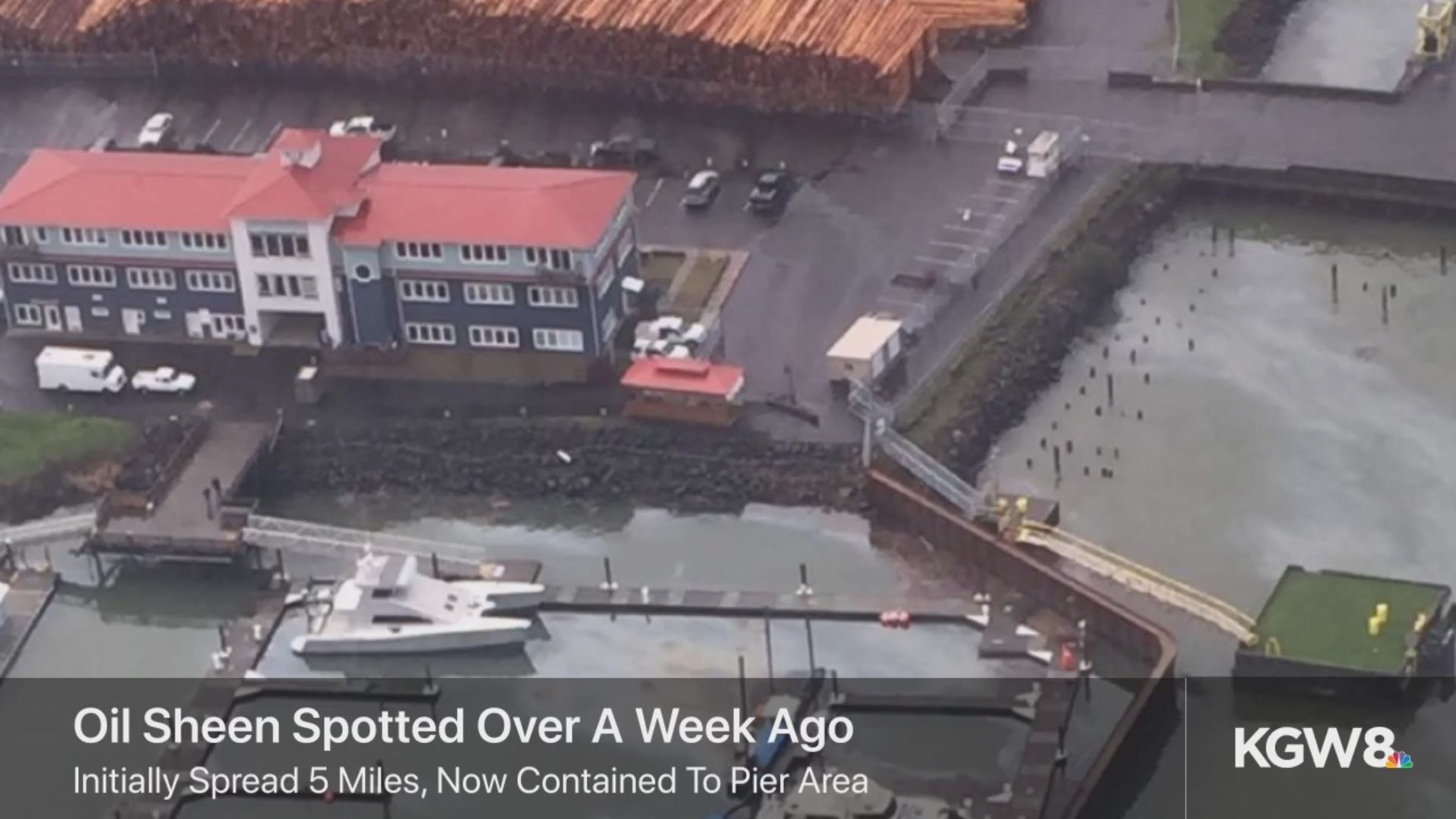