The historic Charles E. Nelson home near Dufur, Oregon has burned in the Substation Fire. 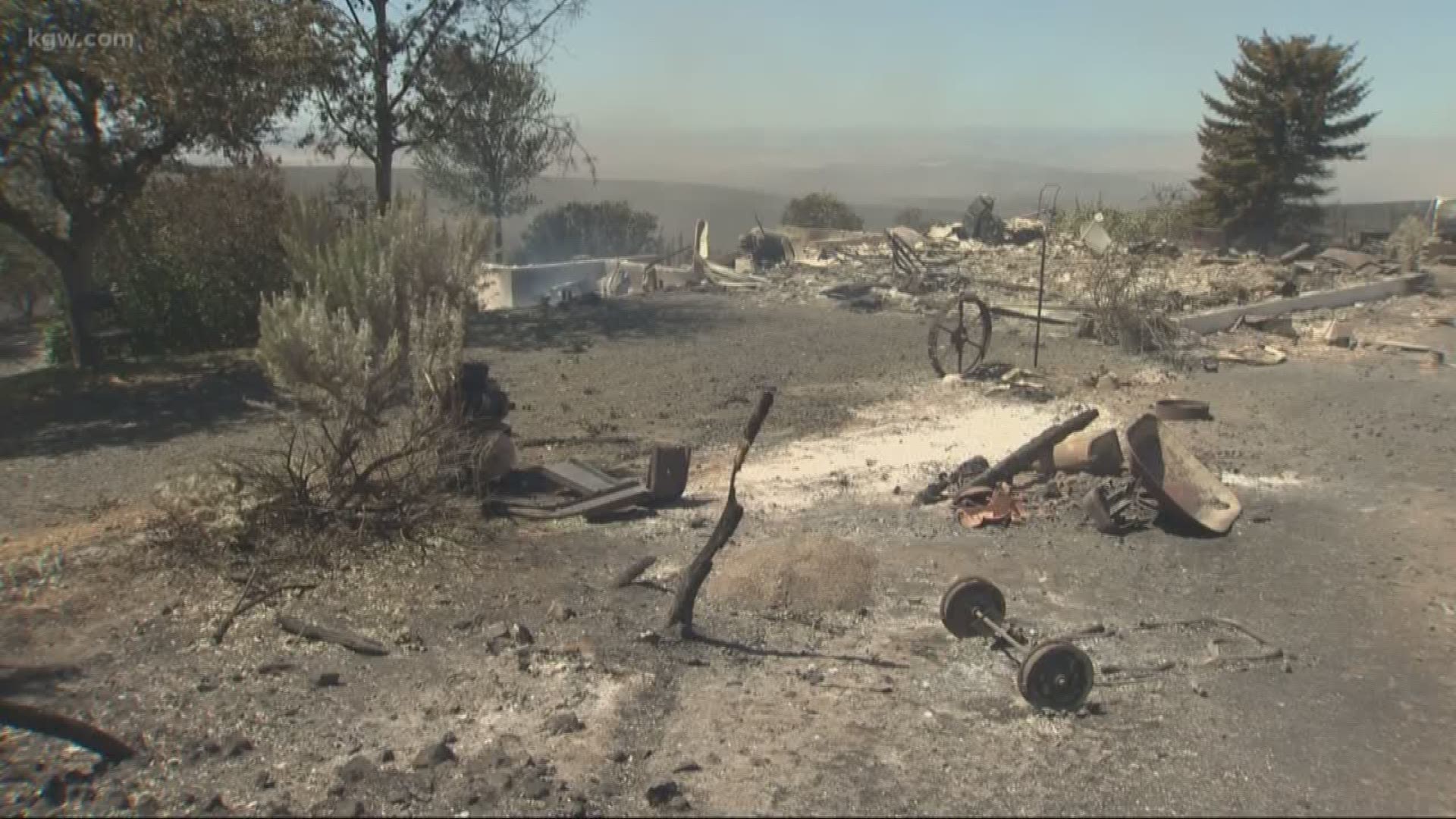 The 36,000-acre wildfire claimed one of the state's most photographed abandoned homes.

Melissa Weimar, who farms nearby, took a photo of the rubble.

Several other structures burned in the Substation Fire.

KGW visited another home site on Robert's Market Road that was destroyed. There were no people or cars nearby.

Among the rubble sat a mailbox and a children's swing set.

“It is traumatic,” said Tammy Sullivan, a volunteer with the American Red Cross, who was tapped to run the emergency shelter at the Dalles Middle School.

As of noon Wednesday, she said six people had come through the shelter.

Three planned to stay the night.

Most evacuees, she said, had made arrangements to stay with family or friends nearby.

“We have health services available for them,” she said. “We have emotional support.”

Mark MacNab was one of the three planning to sleep at the school.

He’s confined to a motorized wheelchair and has respiratory issues, as do many in the complex, he said.

“One of the guys that came down with us… says, as soon as we got out of the area, 'Oh, I can breathe a lot better,’” said MacNab. “And you did. You left your apartment to go outside, and you can taste the smoke.”

MacNab added he wasn’t worried about his home burning in the fire.

But he, like many Wednesday, had heard people were losing everything.

“You can't help it. You feel sorry for people who lost houses and buildings,” he said. “It disrupts your lives, but that's part of living out in the country, too.”

Substation Fire: What we know today