An already months-long battle over preserving a piece of Portland’s history is now being turned over to the federal government. 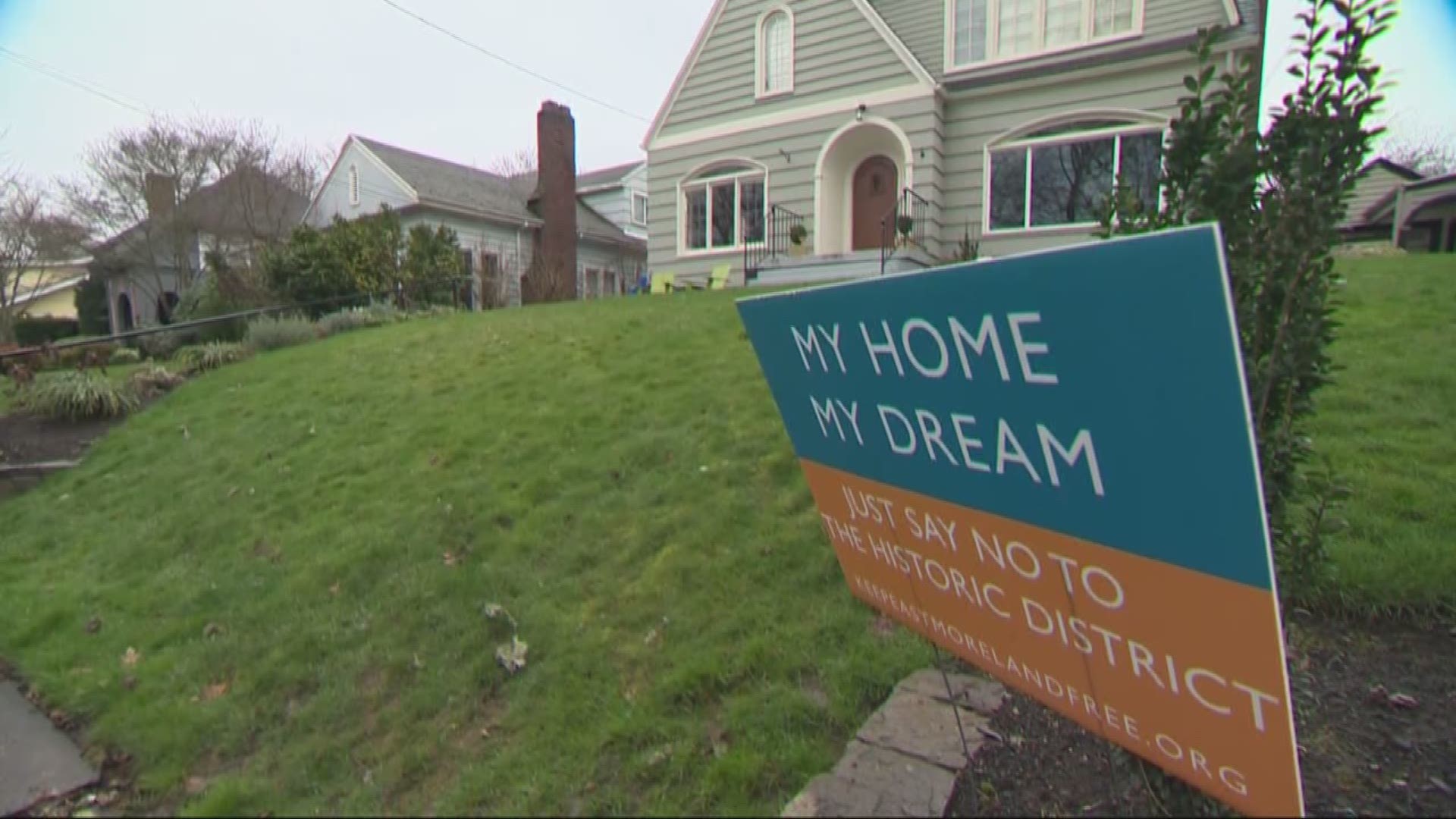 PORTLAND, Ore. -- An already months-long battle over preserving a piece of Portland’s history is now being turned over to the federal government.

On Thursday evening, Eastmoreland’s neighborhood association board voted to apply for a federal designation as a national historic district, a move that turns the process over to the state of Oregon, then the National Park Service for a final review.

Karen Gritzka has lived in Eastmoreland for more than 40 years and said the rationale is simple.

“The thing that's the most disrupting and the most upsetting to a lot of people and to me is demolishing a beautiful home for no reason other than greed,” she said. “That's what's really not ok. We've lost our moral compass.”

Griztka spoke Friday while standing on her front lawn, facing what’s left of a decades-old home across the street.

It was recently purchased by Everett Custom Homes and is in the process of being torn down.

Those restrictions are aimed at preserving the historical aesthetics of the area and often take months to work around, if a homeowner so chooses. Portland currently has 15 historic districts.

Gritzka would love to see Eastmoreland added to that list.

“What these communities…Laurelhurst, Ladd's Addition all have is history,” she said. “They were built with intention.”

“I don't know that this is the solution,” said Chelsea Cummings. “The only way to stop the historic district, which is going to affect everyone in the neighborhood is to sign a notarized objection.”

Cummings, a wife and mother, is one of several living in the neighborhood who worries the historical designation carries stronger restrictions than many realize.

“I want to be able to make energy efficient upgrades the way that we see fit, as the time comes. I hope to be here for 20-30 years. I hope not a lot changes with the environment, but we want the ability to change our home,” she said.

Cummings added she and others planned on attending “notary parties” throughout the weekend, to continue to gather signatures against the move.

They were told they’d need a little more than a 1,000 signatures, based on the population in Eastmoreland. Right now, they have close to 800.

Gritzka hopes they don’t succeed. She also hopes people living in other parts of Portland are paying attention, adding this isn’t an issue limited to the city’s wealthy, deeply rooted areas.

"It can happen to you because it's a feeding frenzy that's going on in the city of Portland,” said Gritzka.