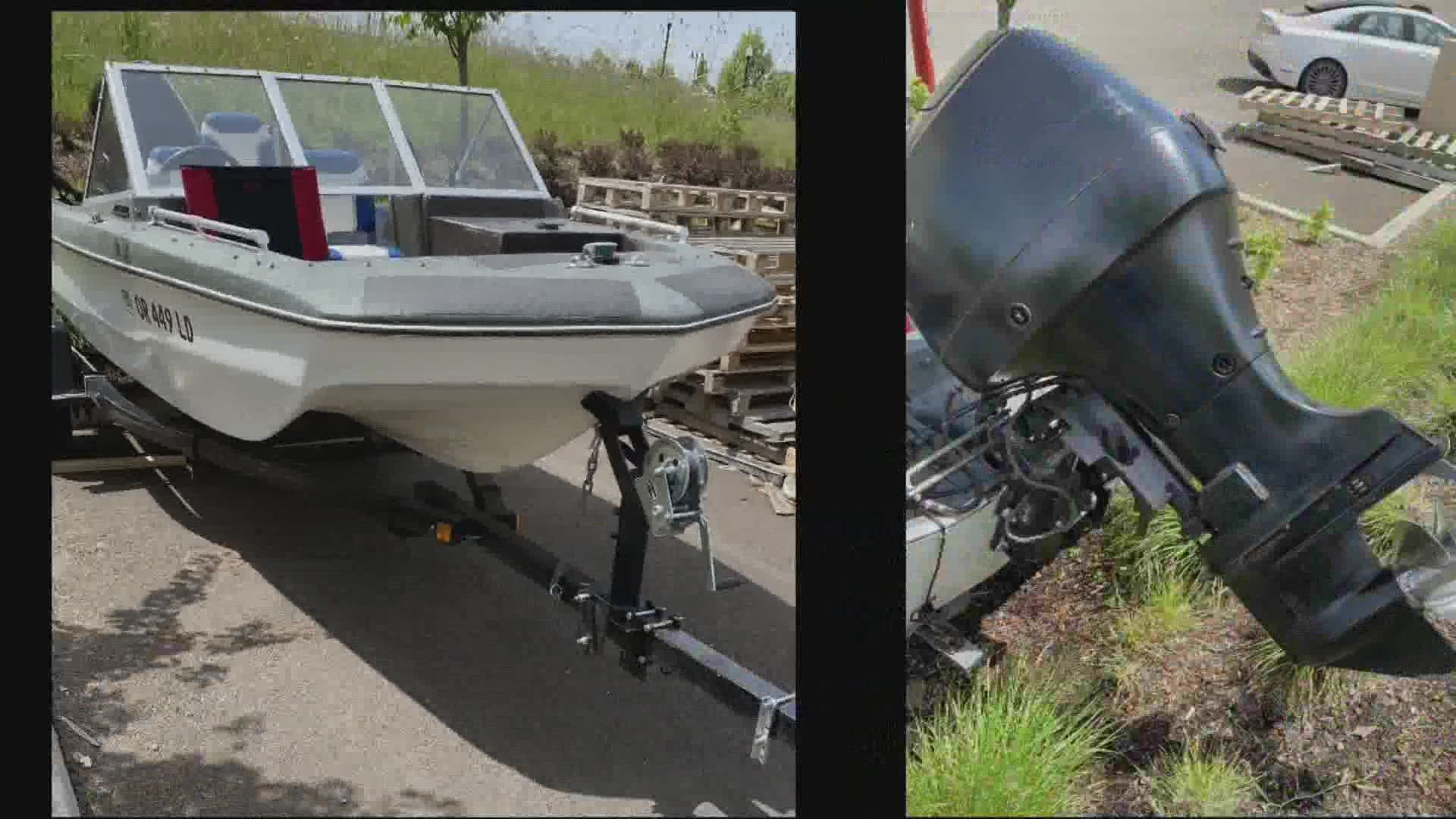 SHERWOOD, Ore. — Surveillance cameras happened to capture what Brian Roberson will tell you was one of the worst things to ever happen to him - somebody in a pickup truck stealing his beloved boat.

"It's almost like I'm speechless," he said. "I don't think anybody deserves to go through this."

Roberson says the boat was stolen around 5:30 p.m. on June 18 from Kobi Tools in Sherwood, where Roberson works and stores the boat.

Credit: Brian Roberson
The boat, engine, and trailer are believed to be worth at least $12,000.

"We had left the building," he said. "The owner left at approximately 5:15 p.m. and then 10 minutes later [the suspect] was in the parking lot doing this thing."

Roberson estimates the boat, its engine, and the trailer to be worth between $12,000 and $14,000, but that is not the reason Roberson is longing to get his prized possession back.

Not because of the monetary value, but the sentimental. The boat is named after Roberson's late sister Michelle who died in November 2019 from breast cancer.

"It means so much to us and the fact that it's gone now it's like we lost her again," he said.

Credit: Brian Roberson
Michelle is the woman in the red shirt and white pants in center of this photo.

"She loved the boat with all of her heart," Roberson said. "She spent numerous summers on it. We spent countless hours doing repairs and keeping up on it and doing everything on it."

In honor of his late sister, Roberson named the boat Michelle. Taking it out on the water helps Roberson feel close to his sister. That will have to wait with the boat now missing.

"I'm just so distraught right now," he said. "I don't know how to act. Honestly, I haven't been the same since that day. I feel like I'm all over the place."

Roberson filed a police report with the Sherwood Police Department. He is offering up to $2,500 for information that leads to the recovery of the family boat with so much sentimental value.