The city of Hillsboro is powering its stadiums and more by harnessing the power of water. Water not from a river but from the city's drinking water pipes. 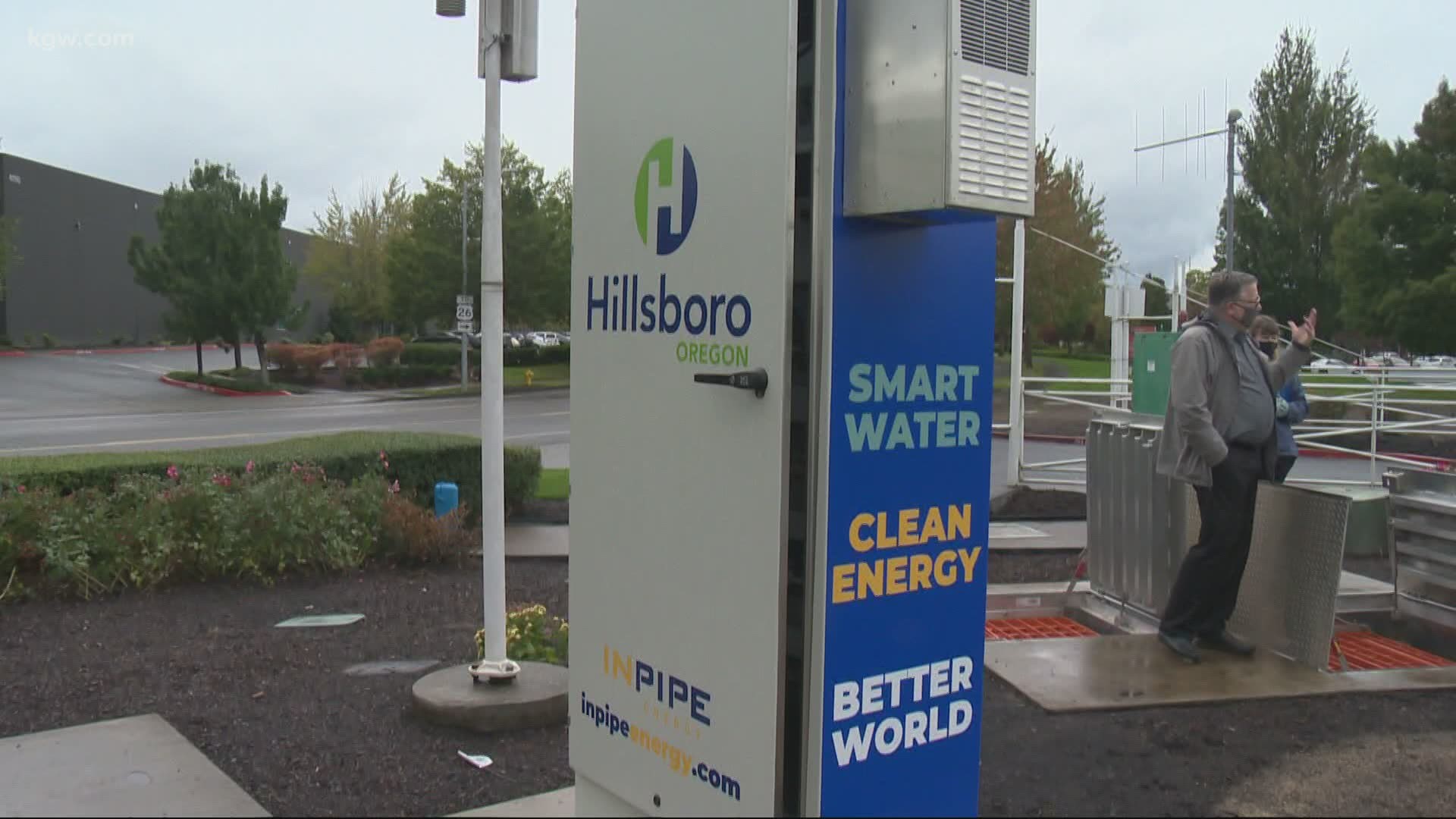 The next time you take in a Hillsboro Hops game or attend an event at Ron Tonkin field you can feel good knowing the concession stands, electric vehicle charging stations and stadium lights are being powered with renewable energy.

And we're not talking solar or wind power but hydropower generated by the water flowing through the pipes right below the stadium's parking lot.

Hillsboro is the first city in the nation to install this new hydro-electric system created by the Portland-based company.

"It's a first-of-a-kind product that we've developed to help water departments manage pressure just like what they're doing today," Semler explained.

Unlike the massive energy-generating turbine installed in a Portland water pipe years ago, InPipe's system doesn't require the turbine to be put into the main water line.

Instead, it connects to the city's flow management system which helps slow down the flow before it hits resident's homes.

"If we served it at the pressure that's in the transmission system, it would blow up their water tanks," said Eric Hielema, Engineering Manager for the Hillsboro Water Department.

So that water is diverted into a valve and through a turbine.

"We're able to control flows and pressures in our water system and still produce electricity off of energy that would have previously been wasted," Hielema said.

How much energy will it produce?

"The amount of electricity that this will produce is about 16 to 20 homes worth," Hielema said.

And the system won't impact the environment as hydropower dams can.

When the lights are not on at the stadium, all the energy generated will instead go back to the grid.

The system cost about $400 thousand. Grants from Energy Trust of Oregon and Portland General Electric covered about a quarter of that price.

But the city says it will recoup all the cost in energy savings in about two and a half years.

"It's like picking up aluminum cans and turning them in for money," said Hielema, "It's simple stuff."

Water agencies up and down the west coast are paying close attention to this project in Hillsboro.

Semler is in talks with several water departments in Oregon, Washington and California.