Their recently released book is the first they've written together. The pair talked with Portland author Cheryl Strayed at Revolution Hall. 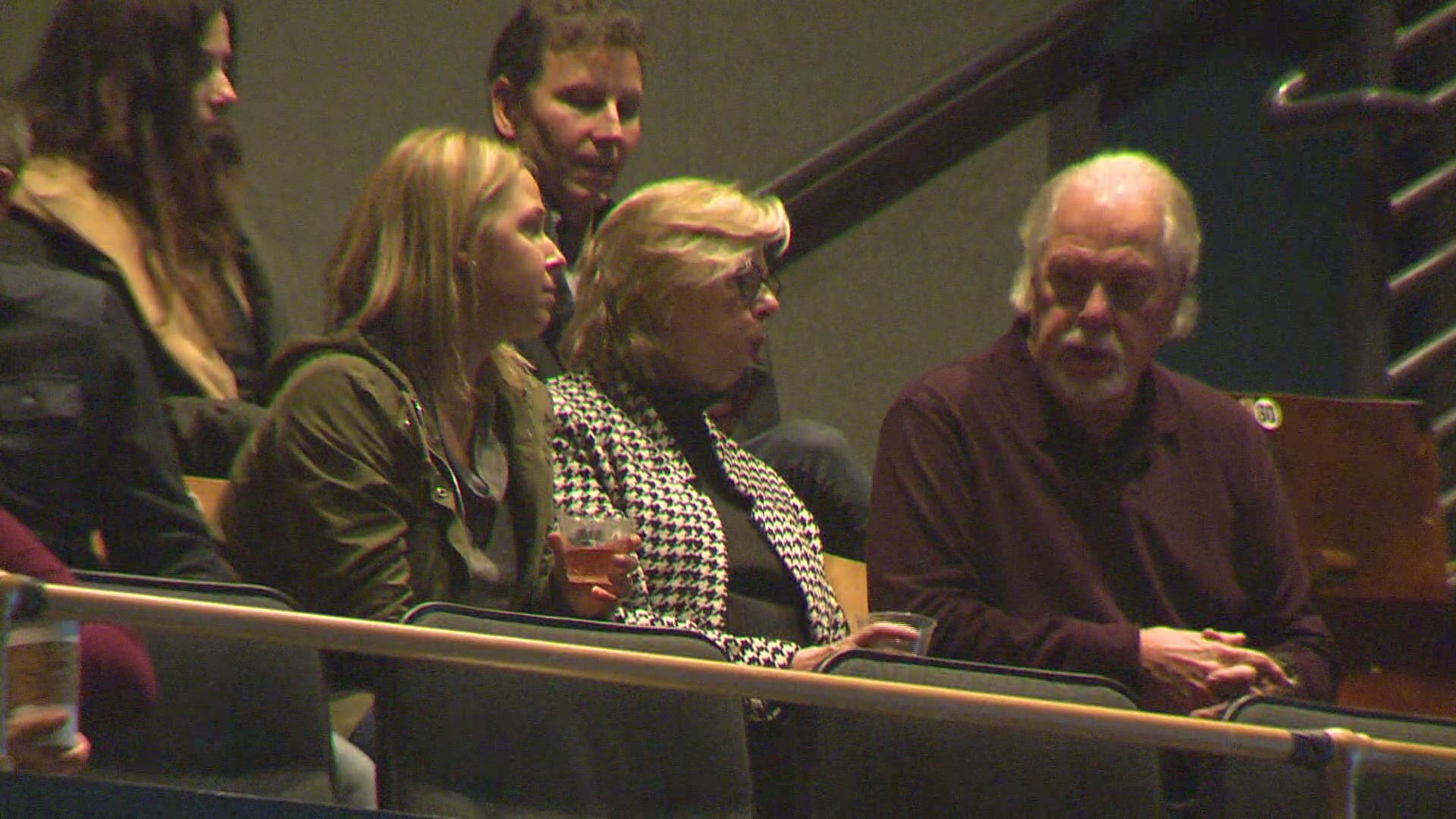 PORTLAND, Ore. — Hillary Clinton and her daughter Chelsea were at Portland's Revolution Hall on Saturday to talk about the book they wrote together.

The book is titled, "The Book of Gutsy Women: Favorite Stories of Courage and Resilience," and is the first book they've written together.

It's a series of essays written about women who throughout history inspired them by showing the courage to stand up for what they believe in.

The book was released at the start of this month. It debuted at No. 2 on the New York Times bestseller list for the week of October 20, 2019.

The event was a discussion with Hillary and Chelsea Clinton, led by Portland author Cheryl Strayed, the author of "Wild."

In talking about the book, Clinton said, "It's interesting to see how each of these women came to their choice to stand up and be gutsy. I hope everybody who reads this book sees something they can learn from and take into their own lives."

Hillary and Chelsea agreed that the hardest part of the process was their differing writing styles. Chelsea typed everything out and Clinton wrote everything long-hand, which made the job of editing difficult.

Chelsea shared with the audience that she knew her mom still wrote most things out in long hand. She just didn’t realize it would impact the writing process so much.

She said she would get photos of hand-written pages emailed to her, page by page. The crowd laughed as Chelsea continued to say her mom would also edit printed pages, instead of using a computer.

They strayed off the topic of the book and into current politics near the end of the event. When asked about the 2020 race, Clinton said that all that matters is that a Democrat wins.

She wouldn't name a candidate she favors but believes she knows what's needed.

"I just want to see who can get the Electoral College, because it won't do us any good to win the popular vote again. I actually think a number of our candidates could win the popular vote. But at the end of the day, as I know better than anybody, and as Al Gore knows, that is not the game. You've got to win the electoral vote."

Here's a collection of answers to questions from members of the audience:

Question from 10-year-old Olivia: What was your favorite thing about running for president?

Question from 10-year-old Ellie: What advice would you give to someone who wants to be a politician when they grow up?

Cheryl Strayed asked Clinton about who she will be supporting in the 2020 race.