The speed limit between Gates (milepost 33) and Pamelia Creek Road (milepost 63) is reduced to 40 mph. 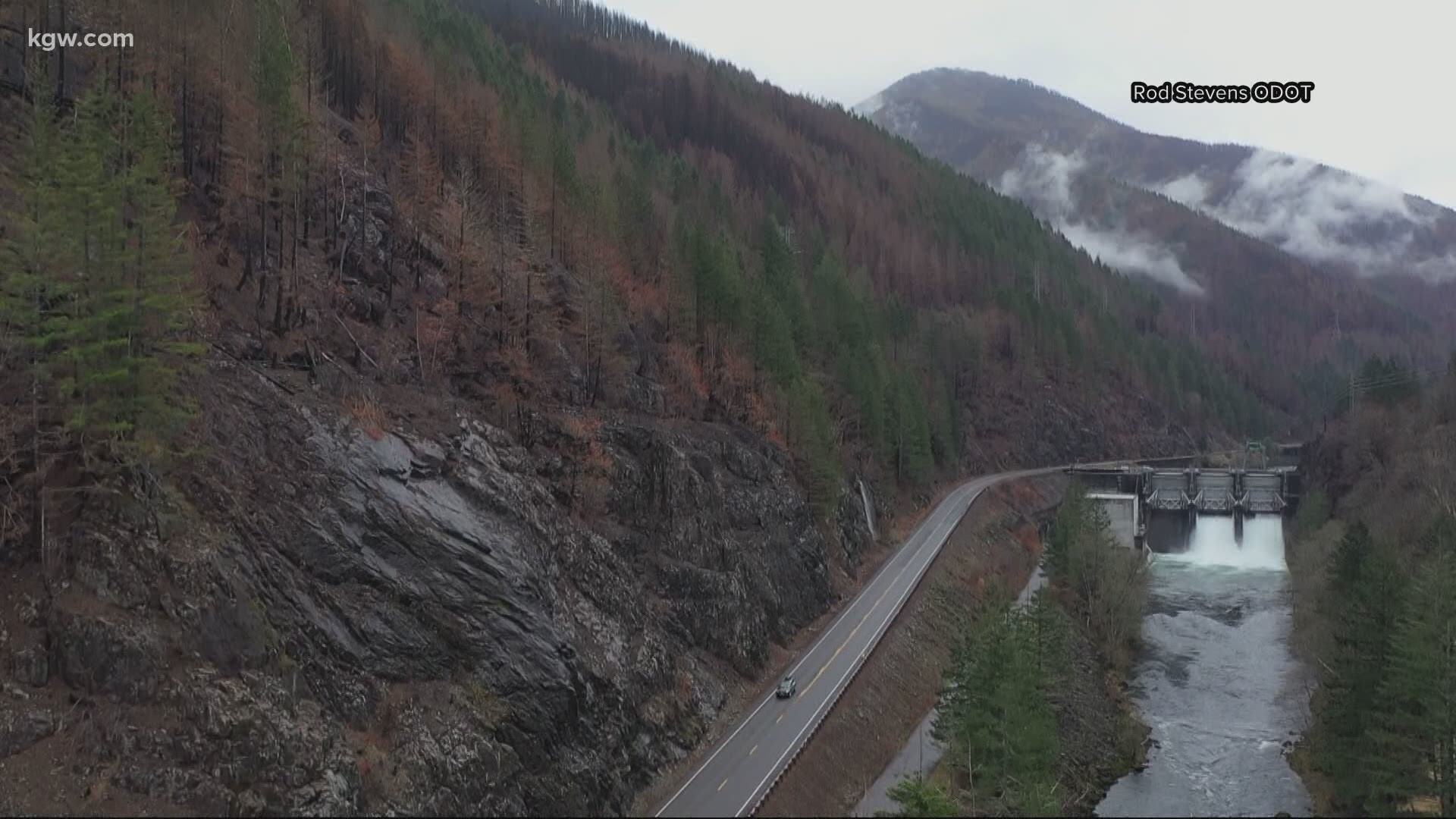 PORTLAND, Ore — The Oregon Department of Transportation (ODOT) on Tuesday opened Highway 22 in the Santiam Canyon for the first time since Sept. 7, when a historic windstorm caused devastating wildfires in the area.

On Wednesday morning, the Marion County Sheriff's Office announced the removal of all evacuation levels in the county.

For many, the drive up the reopened highway was their first glimpse at the devastation. But those who know the drive quickly saw things looking much different.

"I don't recognize things," said Salem resident Jim Shones, "You don't even know where you're at half the time. It's terrible."

Evidence of the destructive wildfires lines the highway, as do piles of trees. ODOT estimates crews have removed more than 30,000 trees that were potentially dangerous to drivers along a 40-mile stretch of Highway 22 southeast of Salem.

Sections of the highway had been closed or controlled by pilot cars.

"It's pretty devastating it's hard to see a lot of trees gone, a lot of homes gone," said Jonathan Benedict, who services the porta-potties in Detroit.

It's a job that is even more important now since water has been shut off to the town. But he said if he wasn't required to make the trip he might consider otherwise.

"It's kind of scary even driving up now because you don't know if there's going to be a rock slide or a landslide, so I mean if you don't have to go to Bend, I wouldn't go to Bend," he said.

At least not on this route. And those who do take it should expect some changes:

The speed limit between Gates (milepost 33) and Pamelia Creek Road (milepost 63) is reduced to 40 mph. ODOT said its crews and utility companies were still working in the Santiam Canyon and drivers should expect delays.

Drivers should also be aware that services such as gas stations are limited through the canyon because many businesses were damaged or destroyed by the fires. ODOT recommends drivers fill their gas tanks and pack enough food, water and supplies before traveling through the area.