'It feels really good': Fans mask up for the return of high school football

Many students missed last football season; others who played did so without fans. On Friday, it was all back. 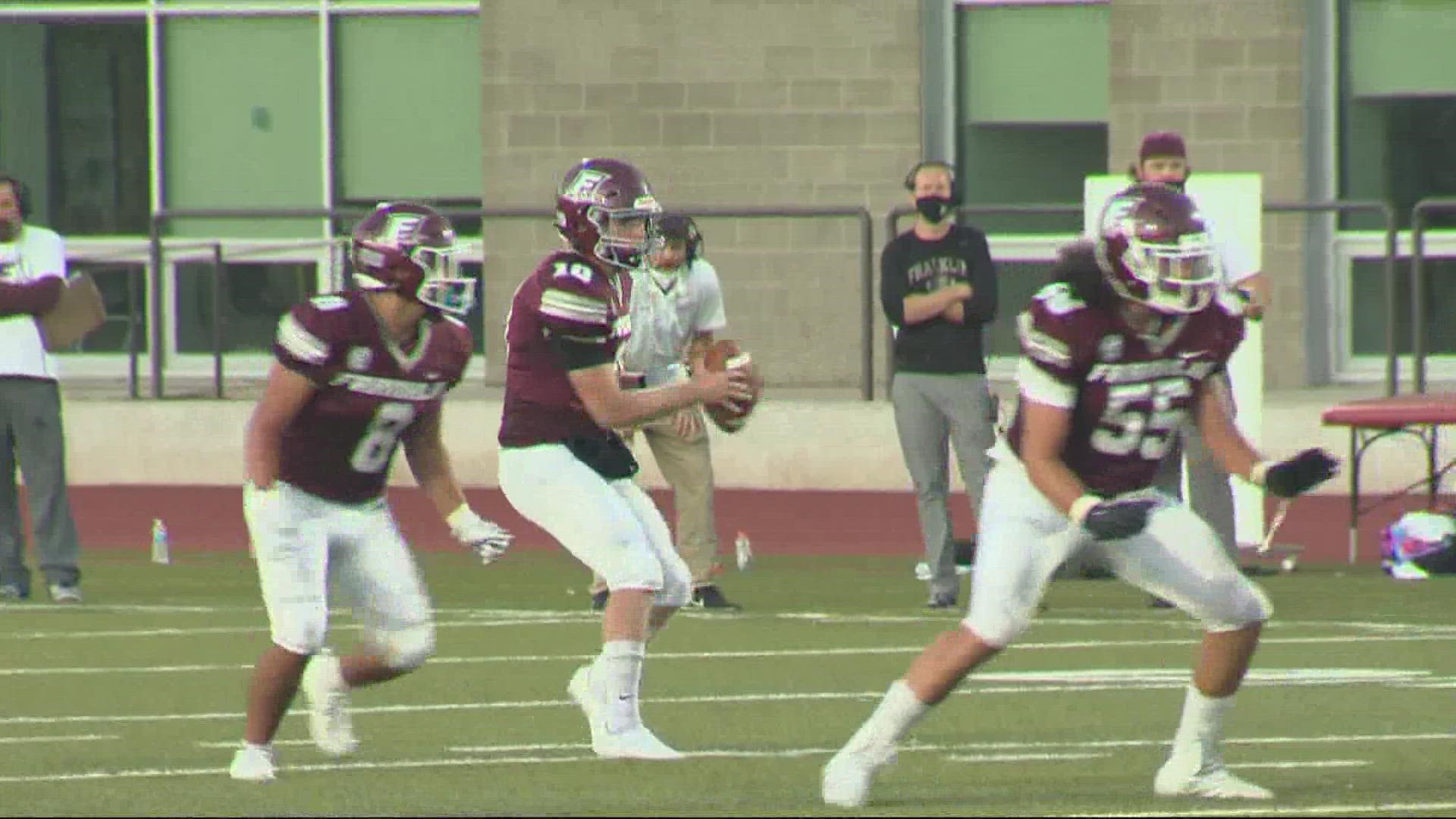 PORTLAND, Oregon — After a year away from the action, Friday night high school football has returned to the Portland metro area.

“It feels really good, the night's beautiful and it's nice to see everyone celebrating and doing normal things,” said parent Gina Nelson.

In Oregon, the governor's outdoor mask mandate applies to football games. That means fans who can't keep six feet apart are required to mask up.

“Everyone's trying to respect each other,” said Franklin freshman I.J. Marsh. “It's nice that everyone has the mindset to keep us as safe as possible, not trying to spread [COVID].”

For those who forgot their masks, the concession stand had several on hand.

“We were like hey, we've got masks if you need them!” said Gina Binole with the Franklin PTSA. “They took them so it was pretty cool.”

The outdoor mask mandate does not apply to athletes while they're playing or practicing, but athletes who want to wear them, can. For example, the Franklin cheerleaders chose to mask-up during the game.

Not every school got the chance to play on Friday. Reynolds High School canceled their game against Sandy, on the advice of public health authorities. District officials said the school learned someone who tested positive for COVID might have exposed a person connected to the game.

Back at Franklin, many hoped Friday’s game was just the start of getting back to all they've missing.

“I want the kids to go to Homecoming,” said Binole. “I don't want them to be sent home and quarantine, I want it to be as normal as possible.”