Players, coaches and game personnel will be required to wear face coverings. 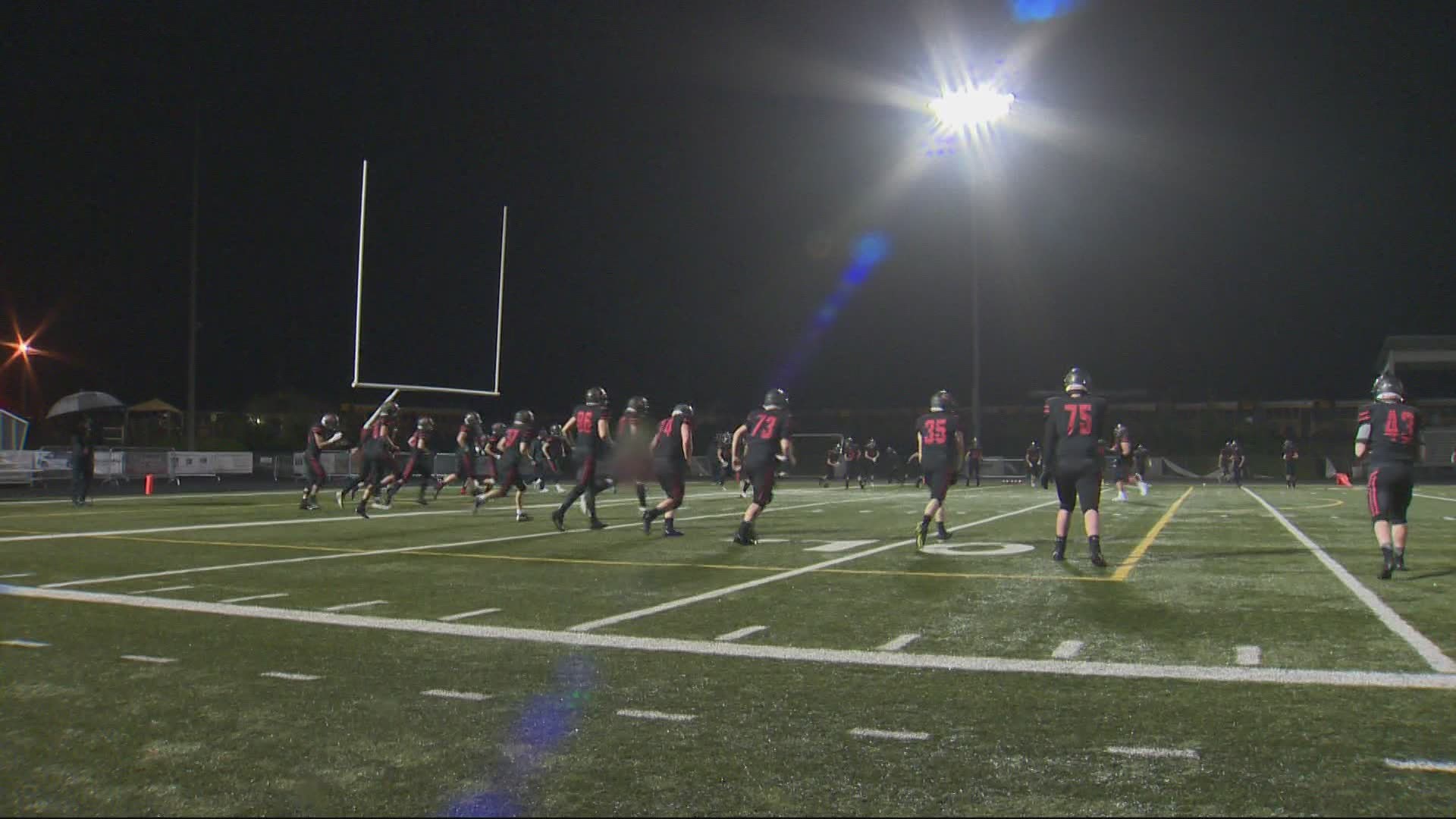 The Camas Papermakers were back on the football field Friday evening to kick off their season that was delayed by the pandemic. Junior kicker Matthew Gerardo recalls the day he found out there would be a season.

"It was good news once we switched it into gear and started our season up," he said.

This season will look nothing like the ones before it.

"In the beginning the coaches lined us up and talked to us and said, 'If you want to play football, this is what you have to do."

At the top of the to-do list is masks. Everyone has to wear a face covering, even players on the playing field.

Teams will not use locker rooms. Instead they will meet in the end zones or stands.

Players will be asked to socially distance on the sidelines.

"That's a hard ask of kids," said Camas Athletic Director Rory Oster. "I'm afraid I'll probably have to do some policing and do some work myself on the sidelines. High school boys are herd animals. They go where the pack goes."

The biggest adjustment may be fans. None will be allowed at Camas games, but that could look different at different schools. As it stands right now, state guidelines allow for 200 people max at high school games. That includes players, coaches, game personnel and cheerleaders, among others. It will be up to individual schools to determine if some fans can fit under the 200-person limit.

"Everyone has been working hard to put in place protocols that'll abide by the guidelines and make sure kids are safe," said Casey Johnson of the WIAA.

Safety is what it is all about. Players like Gerardo understand that and appreciate it.

"Camas football here is big," he said. "That's the buzz Friday nights, the football game. Try to be flexible and do the best you can. Go with the flow. The sooner we get this over with, the sooner we can get back to normal football."

RELATED: 'We have to ask the follow-up question': Lakeridge football player dies unexpectedly

RELATED: Gresham-Barlow School District opts in to 11-on-11 football season