Heavy rain may cause landslides, flooding in areas burned by wildfires

Clackamas County emergency officials are warning residents in areas burned by wildfires to watch for landslides and possible flooding as rain moves in. 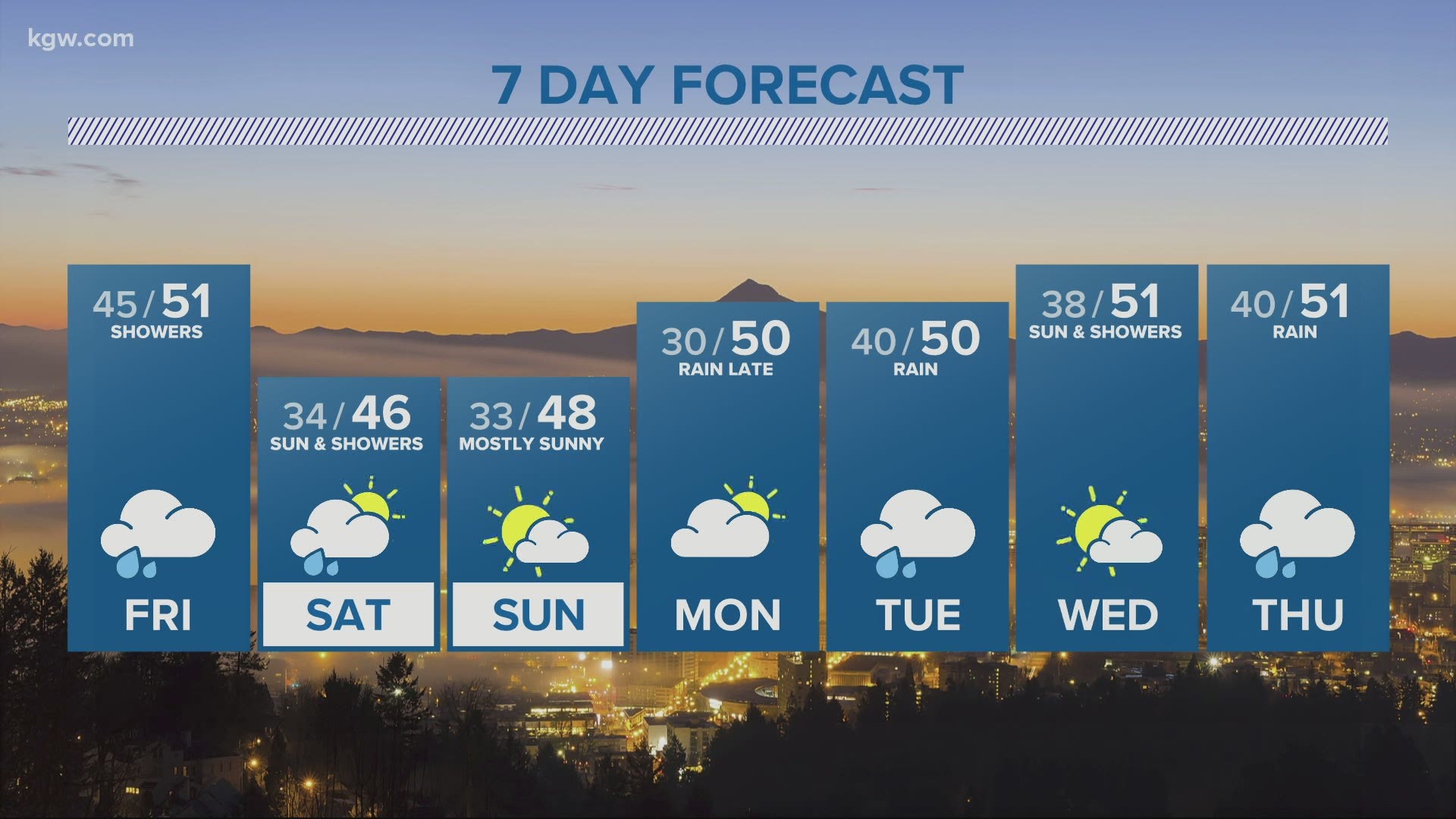 PORTLAND, Ore. — Heavy rains in the forecast this week could cause landslides and flooding in areas burned by Oregon’s recent wildfires, Clackamas County officials warned on Wednesday.

Emergency officials said the wildfires burned off protective covering on many hillsides.

"When heavy rains hit those hillsides, they could fail, causing mud and debris to enter creeks and rivers," said Jay Wilson, Clackamas County's resilience coordinator. "That could increase chances of landslides or flooding downstream or at the bottom of barren hillsides."

The danger, officials explained, is that saturated hillsides can flow rapidly at "avalanche speeds" without warning. They can also travel many miles from their source, growing in size as they go.

"There is still a slight chance of that, if we get a short-term surge in rainfall rates right over a burn scar," Zaffino said, "but the odds are not in favor of that, as the heaviest rain is sagging south."

He said cooler weather in the days to come should help reduce the threat of mudslides and debris flows, with snow beginning to cover the ground above 3,500 feet Friday.

The Riverside Fire started on Sept. 8 and burned more than 138,000 acres in Clackamas County. Thousands of people were forced to evacuate as high winds pushed the fire toward Estacada and Molalla. All county evacuation levels were lifted on Sept. 29.