There were 2,779 emergency department visits for heat-related illness at hospitals during the hottest days in June. 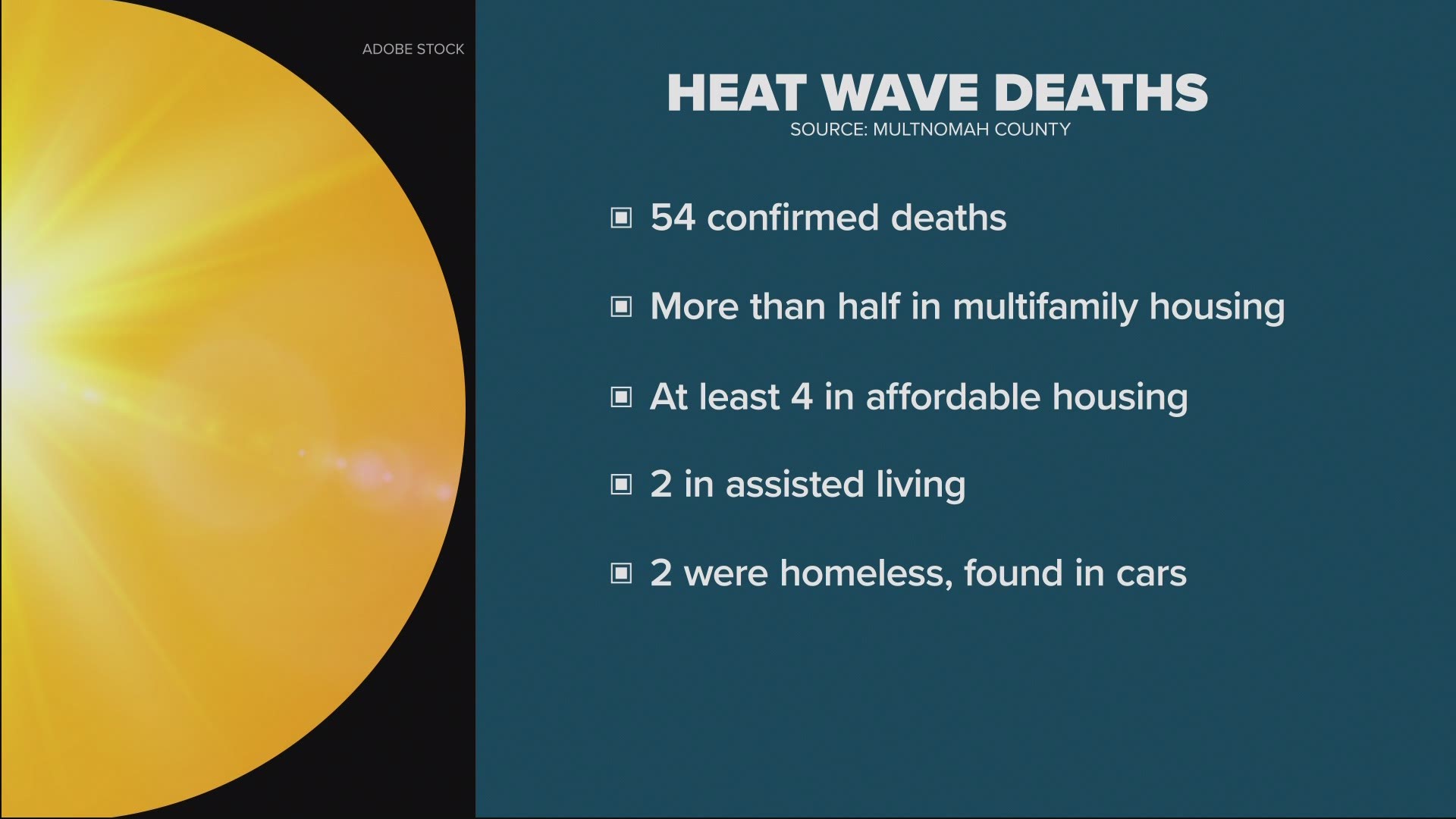 PORTLAND, Ore. — Emergency departments across the Pacific Northwest saw 2,779 visits for heat-related illness during the heat wave in June, according to newly released data from the Center for Disease Control and Prevention (CDC).

For comparison, the same date in 2019 had nine emergency department visits for heat-related illness across the entire region.

Region 10 includes approximately 4% of the U.S. population but accounted for nearly 15% of the total emergency department visits for heat-related illness nationwide in June.

The CDC's analysis found men and those over the age of 75 were among the most affected groups.

As hospital emergency departments swelled, Portland's Bureau of Emergency Communications (BOEC), saw a surge of 911 calls related to the heat.

According to data obtained through a public records request, BOEC received over 240 calls related to heat incidents between June 24-30.

Notes from the calls show many dialed 911 on their own behalf, fearing they were suffering from heat stroke. Others called 911 to check on friends and relatives, requesting welfare checks for loved ones they hadn't heard from.

It's still unclear whether anyone who died from the heat wave called 911 in the days or hours prior.

The Washington Department of Health (DOH) said that 91 people likely died because of the historic heat wave.