Water testing at the reservoir east of Salem confirmed toxin levels that can be harmful to humans and animals, the agency said. 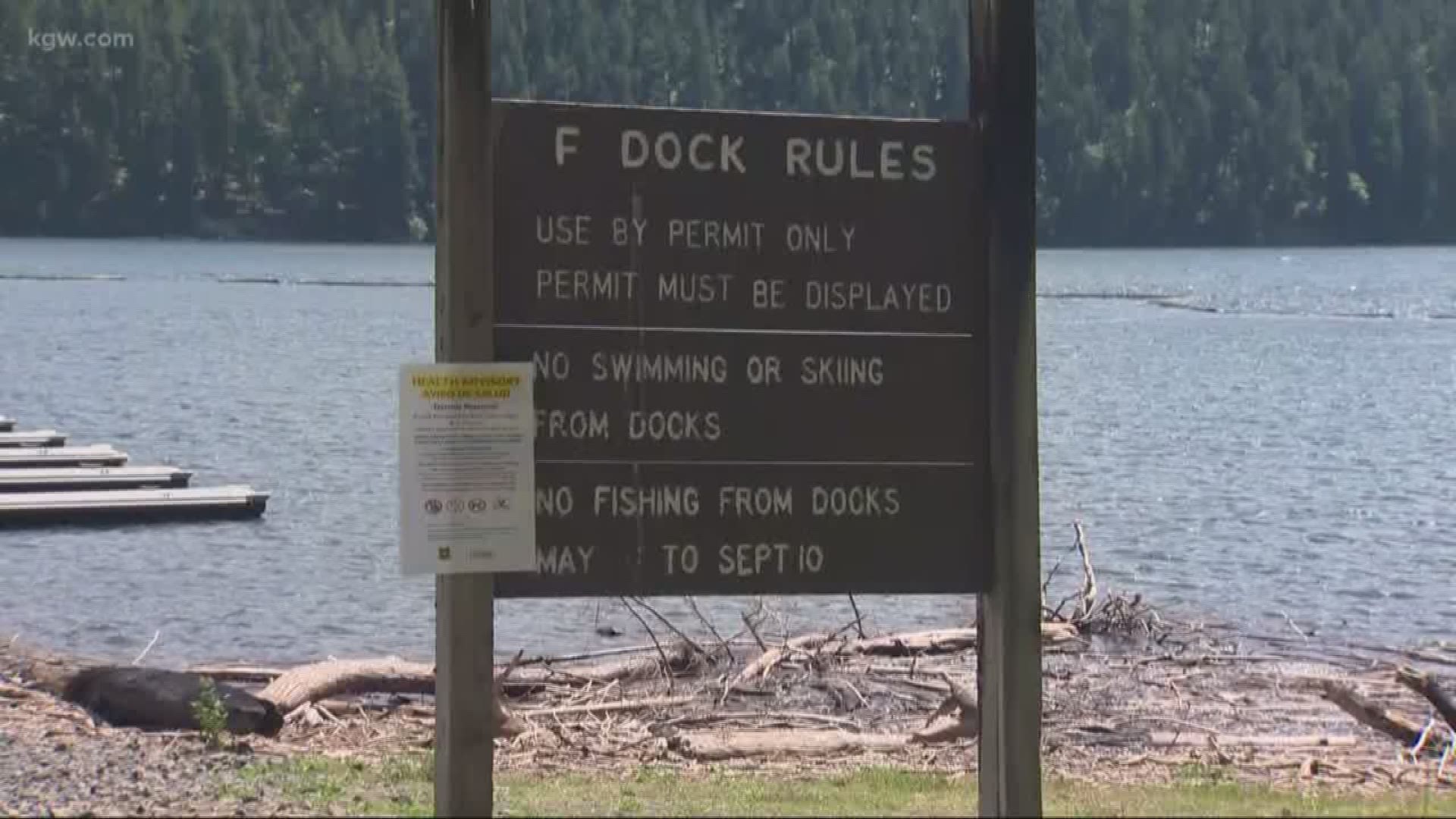 A health advisory has been issued for Detroit Lake following the discovery of toxic blue-green algae, the Oregon Health Authority said on Wednesday.

Water testing at the reservoir east of Salem confirmed toxin levels that can be harmful to humans and animals, the agency said.

Visitors should avoid swallowing water while swimming, water skiing or power boating in areas where blooms are identified, OHA said.

Exposure to the toxic algae can produce symptoms that range from dizziness and nausea to difficulty breathing, OHA said in a news release.

“Children and pets are at increased risk for exposure because of their size and level of activity,” OHA said in a news release. “People who bring their pets to Detroit Lake for recreation activities should take special precautions to keep them from drinking from or swimming in the lake.”

Algae blooms in late spring and early summer are common at Detroit Lake. It’s the second year in a row the advisory came right before Memorial Day Weekend.

Longtime residents and business owners noted that people should be aware, but shouldn't avoid the lake because of the bloom.

"As someone who grew up at the lake, we have never altered our plans to avoid the water due to an algae bloom and we have never gotten sick," said Dean O'Donnell, a longtime resident and owner of Mountain High Grocery in Detroit. "In general, we do not drink the water, we shower after we get out of the water and we clean and cook our fish prior to eating them."

The primary thing to avoid is drinking water directly from Detroit Lake — the toxins cannot be removed by boiling, filtering or treating water with camping-style filters, OHA said.

Oregon health officials recommend that those who choose to eat fish from waters where algae blooms are present remove all fat, skin and organs before cooking, as toxins are more likely to collect in these tissues, OHA said.

“Fillets should also be rinsed with clean water,” the agency said in a news release. “Public health officials also advise people to not eat freshwater clams or mussels from Detroit Lake and that Oregon Department of Fish and Wildlife regulations do not allow the harvest of these shellfish from freshwater sources. Crayfish muscle can be eaten, but internal organs and liquid fat should be discarded.”

The advisory will be lifted when the concern no longer exists.

With proper precautions, people are encouraged to visit Detroit Lake and enjoy activities such as canoeing, fishing, camping, hiking, biking, picnicking, and bird watching. Boating is safe as long as speeds do not create excessive water spray. Although inhalation risk is much lower than ingestion, it can present a risk.