Streets like 82nd Avenue, also known as OR 213, are state-owned, but have been neglected for decades. House Bill 2744 would bring them under local control. 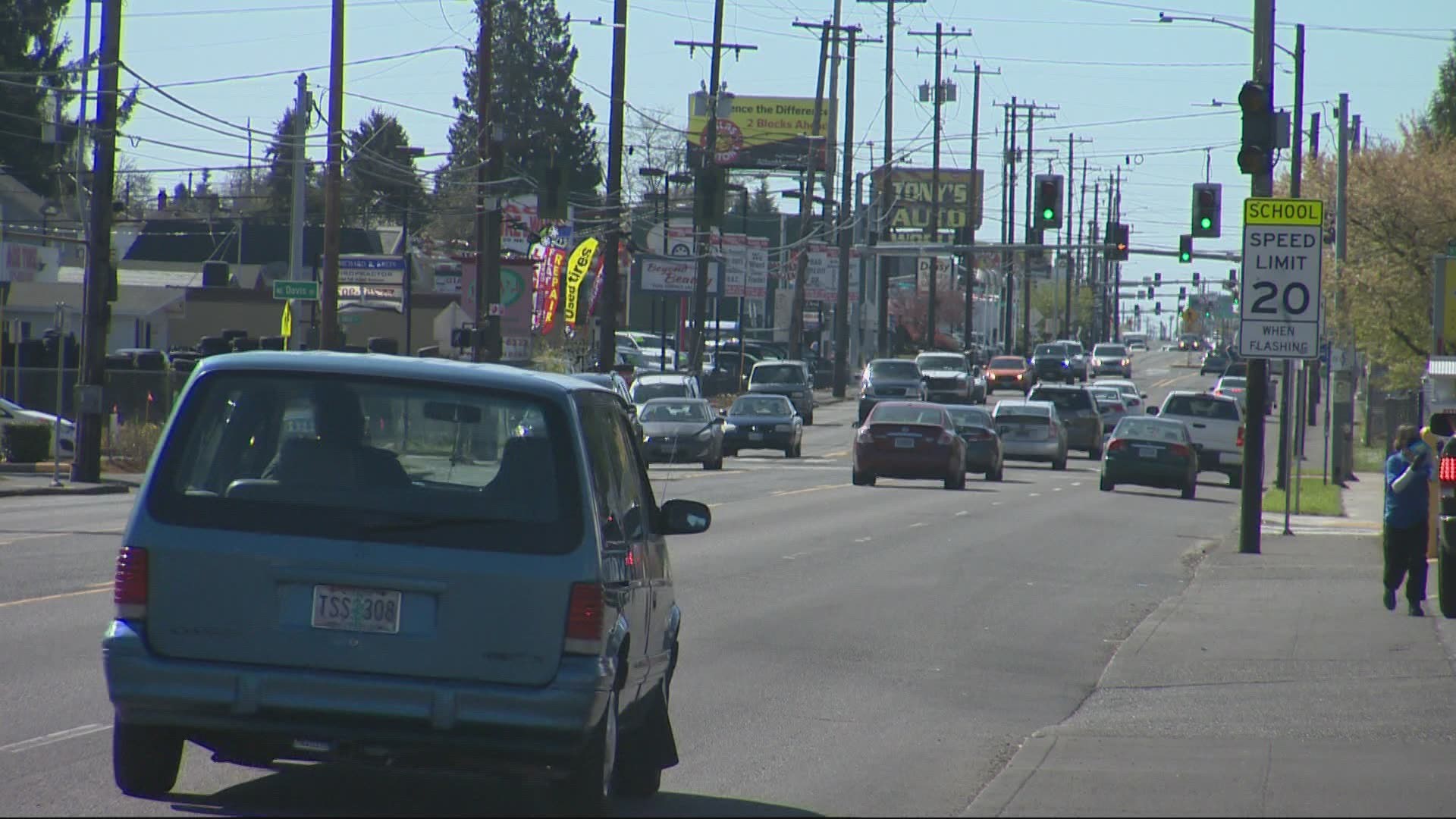 PORTLAND, Ore. — One of the most dangerous streets in the city of Portland is 82nd Avenue, a state-owned road. From 2007 to 2018, 16 people died on that road, according to the Portland Bureau of Transportation (PBOT).

There’s a bill going through the Oregon Legislature right now, House Bill 2744, that would help transition that road, and many like it, into local control. Supporters say it’s a safety and livability issue.

The community around 82nd Avenue has grown enormously in population and diversity since it was once deemed "Portland city limits." The need for maintenance and safety improvements is glaring: Six of Portland's 30 most dangerous intersections are located along 82nd Avenue.

The road, also known as OR 213, is among a number of so-called "orphan highways" in the Portland metro area. They're owned by the state, but have been neglected since the interstate system was put into place.

HB 2744 would set aside funding to help identify all of Portland’s orphan highways (and similar highways statewide) and transfer responsibility away from the Oregon Department of Transportation.

"These jurisdictional transfers are really designed to find out what jurisdiction can best take care of the road," said ODOT spokesperson Don Hamilton.

PBOT wants control of the road, but unless HB 2744 passes, there’s no funding for the $185 million in improvements to bring 82nd Avenue up to city standards, which are clearly met in many of the wealthier, more established neighborhoods.