Newberg-Dundee police said the man appeared intoxicated and was refusing to come out of a home. 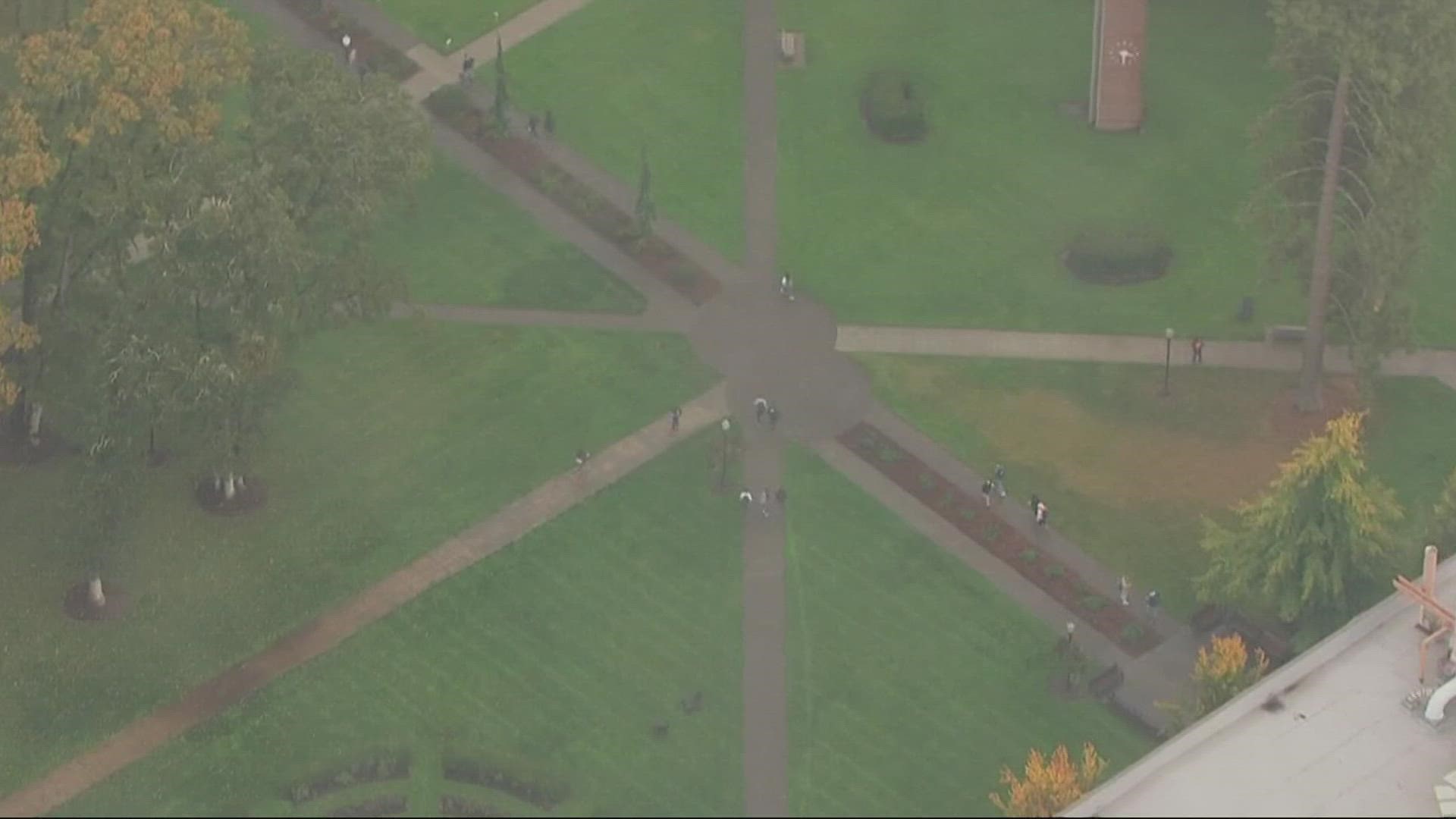 NEWBERG, Ore. — A man firing gunshots in the air in Newberg prompted a shelter-in-place alert at George Fox University and led a nearby aquatic center to go on lockdown Friday afternoon.

Newberg-Dundee police said officers responded to a shots fired in the 1800 block of Orchard Drive around 12:20 p.m., about a block away from Chehalem Aquatic and Fitness Center.

Witnesses told police a man came out of a home and fired several shots in the air before going back inside. Police were able to get the suspect on the phone but said he seemed intoxicated and was refusing to home out.

Based on the circumstances, police said they left the area and shut down the street to all cars and pedestrians as they attempted to deescalate the situation.

The incident lasted more than two hours before it was resolved.

An alert on George Fox University's website had instructed students and staff to shelter in place because of an unspecified shooting incident. Around 3:45 p.m., the university updated the alert to say the incident was resolved.

The aquatic center posted a similar alert on its website that said the facility was on lockdown but that patrons and staff were safe.

Police said there were false reports on social media that the incident was an "active shooter situation."