No arrests were made. Portland Police said officers were too busy responding to a fatal shooting and a robbery to respond to the clashes Sunday. 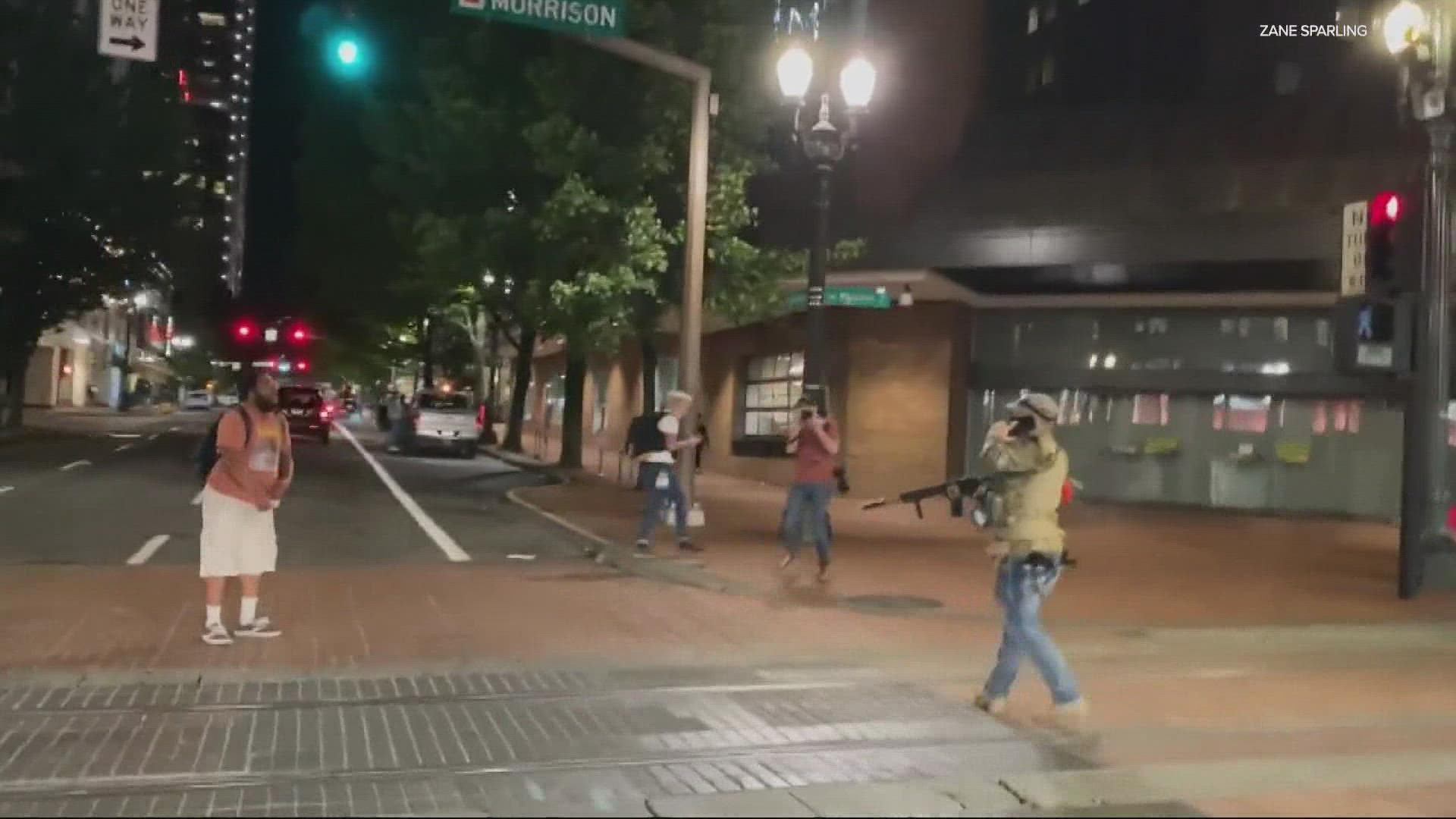 PORTLAND, Ore. — Violent clashes returned to downtown Portland this past weekend as far-right groups fought with protesters after religious events on Saturday and Sunday.

Police for the most part did not intervene, even as people shot paintballs, sprayed mace and launched fireworks. No arrests were made.

The clashes Saturday began at a religious gathering at Tom McCall Waterfront Park led by controversial pastor Artur Pawlowski, known for his homophobic views and opposition to COVID-19 restrictions. Pawlowski was arrested last spring for flouting restrictions in Canada, where he lives, and was seen on video in April describing police as "Nazis" for enforcing restrictions.

The prayer ceremony had a few dozen people attending.

The skirmish spilled into downtown, where a video shows Portland police officers using the siren from a cruiser as people fought on the sidewalk, but otherwise not getting involved.

Far-right activists and anti-fascists confront each other in downtown, Portland police sit in their car and watch pic.twitter.com/6jpDpCB7ez

A second, more violent night of clashes followed another religious event Sunday led by Sean Feucht, a Christian musician also known for his controversial views against COVID-19 restrictions. The concert marked the one-year anniversary of his concert last year in Portland, part of a tour meant to defy pandemic restrictions.

Groups began fighting downtown as the concert let out, brawling and exchanging shots of paintballs and fireworks. Some openly walked with weapons. Video shows a man pointing what appears to be a rifle directly at a journalist taking photos, with his finger on the trigger. Police said officers determined it was an airsoft gun.

A man walking around downtown with an AR-15 with a suppressor aims his weapon at journalist @PDocumentarians pic.twitter.com/457XttpH4S

Police said they were "aware of groups of people fighting" with bear spray, airsoft guns and paintball guns, and that people "may have been armed with other weapons," but officers were tied up responding to a fatal shooting on a TriMet bus in southeast Portland and a robbery in Old Town-Chinatown.

Police did not make any arrests.