A group supported by the Oregon Historical Society is marking a milestone in preserving LGBTQ+ history. 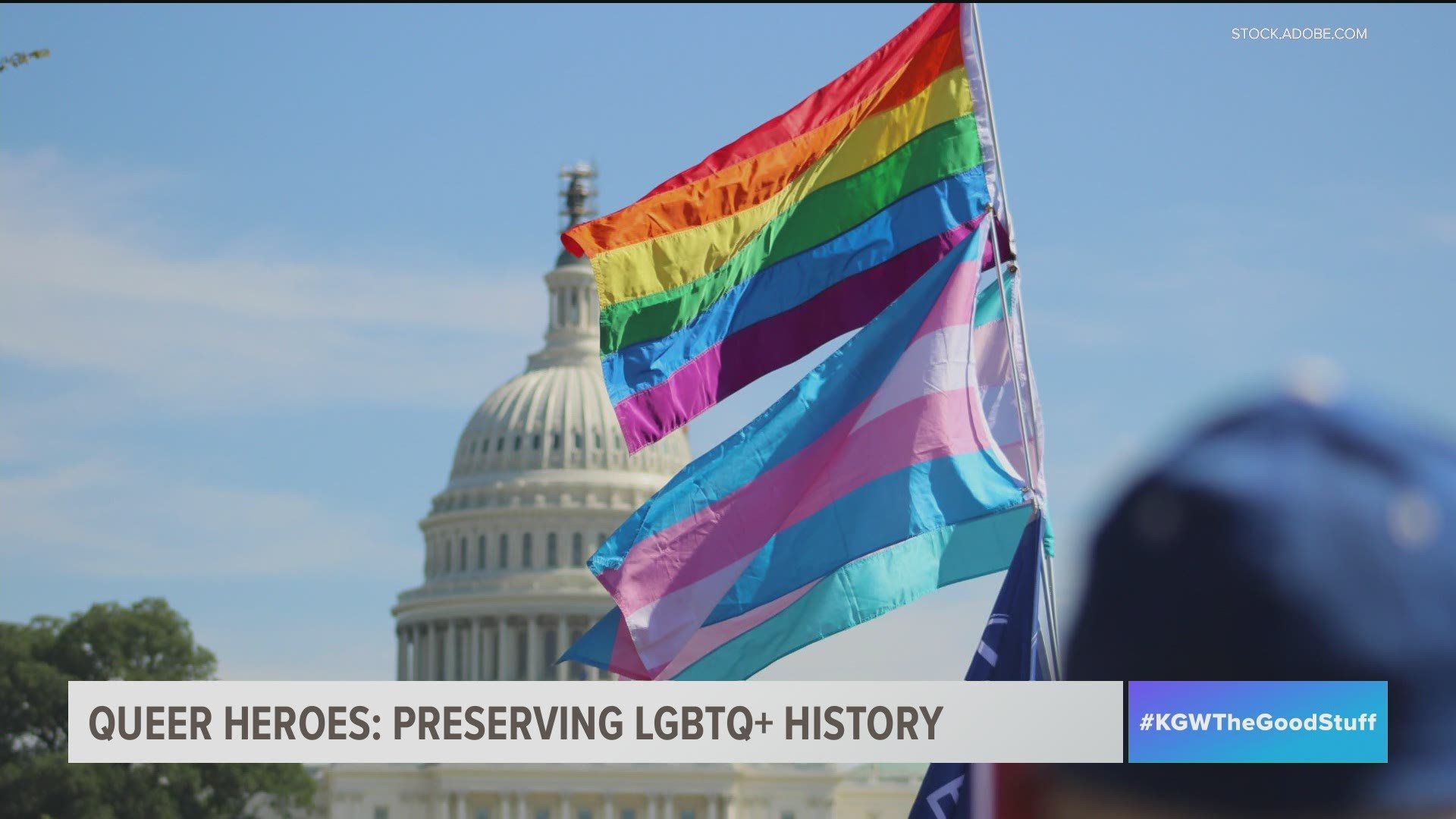 OREGON, USA — A local group is celebrating 10 years of trailblazers who have helped uplift the LGBTQ+ community in the Pacific Northwest.

"It's important to tell all of the stories," said Robin Will, president of the Gay & Lesbian Archives of the Pacific Northwest (GLAPN). "That old saying that winners write history... If you get into the historical record where you can't be ignored, then you are a winner."

"We were criminals by definition," Will said. "[If] you look at the record, you get the impression that no LGBTQ person ever did one damn thing that was worth noticing or writing down... We are in fact a persecuted minority."

"Back then you could be kicked out of a restaurant if the restaurant owner thought you were gay," said Susie Mary Shepherd, an advocate who has helped GLAPN archive LGBTQ stories. "You could certainly be fired... You could get kicked out of your home if you were renting and had a landlord who found out you were gay and didn't like it."

Shepherd is part of that history. She made headlines when she came out in the 70s, and her parents started an LGBTQ family advocacy group called Parents of Gays. That group later became PFLAG.

"We were trying to lobby the legislature for gay civil rights," Shepherd said.

Credit: Oregon Journal | GLAPN
In an Oregon Journal article published in June 1977, Susie Shepherd and her parents talked about their advocacy for LGBTQ families.

Part of GLAPN's effort to preserve this history is compiling a Queer Heroes list every June.

"We were really writing history," Will said. "Wasn't really getting covered anywhere else, people in the community who might never have otherwise been mentioned... To finally be seen, be recognized, be acknowledged as a person of value."

The list honors people across the Pacific Northwest. Some have passed on, while others are still part of the movement.

"It completely caught me off guard," said Jamar Ruff, who was named a Queer Hero in 2020.

Ruff lives in Coos County and serves a number of community organizations, helping people with HIV and addiction and uplifting LGBTQ youth.

"People had to hide who they were," said Kristan Knapp, who started fighting for Oregon LGBTQ+ rights in the '70s.

She noted some of the biggest fights were against anti-LGBTQ ballot measures, spanning many years in the state.

Separate measures in 1992 and 2000, both called Measure 9, would have blocked schools and public institutions from "promoting," or essentially mentioning homosexuality.

"We had all been pretty marginalized and beaten down during that campaign," Knapp recalled.

The measure's wording lumped in homosexuality with pedophilia and other "abnormal and perverse" behaviors.

Shepherd had served as a teacher in Oregon, and knew this kind of law would mean others like her could be fired for being openly themselves.

Advocates ended up raising more than a million dollars, creating ad campaigns to discourage people from voting "yes" on Measure 9. They eventually defeated the measure.

"It does feel good that the work we did made a difference," Knapp said.

Washington and Oregon passed some laws in the 2000s to better protect LGBTQ+ people from such discrimination.

Shepherd noted some of her friends and fellow advocates passed away before they could see the progress made by their efforts.

"I get teared up," Shepherd said, holding back tears. "Every time I walk by a house or a business and I see a Pride flag hanging, I look up to heaven where Jerry and Larry are now and I say, 'hey Jerry and Larry, do you see this one?' It's a very important symbol of where we've come."

In a separate effort this year, TriMet has also memorialized local queer heroes for the first time on a Pride bus.

For GLAPN's president, it's meaningful to see such changes in attitudes and efforts to preserve LGBTQ+ history.

"I never really thought I'd see this happen," Will said.

"I was told early on in my career that this kind of research would end my career," Washington State University queer historian Peter Boag said.

As other states enact anti-LGBTQ laws in 2021, he noted this reminder: "Some things have changed, and unfortunately some things haven't."

Ultimately, the growing list of Queer Heroes serves as a reminder of history and of the path forward.

A common thread ties all on the list together.

The Q Center in NE Portland will host an outdoor ceremony honoring this year's GLAPN Queer Heroes on Thursday, June 24 from 5 p.m. - 8 p.m.

RELATED: 'You are worthy of love' | Five brave LGBTQ+ people give their younger selves advice on the day they came out