The American Farm Bureau Federation says the average cost of Thanksgiving dinner is up 14% this year. 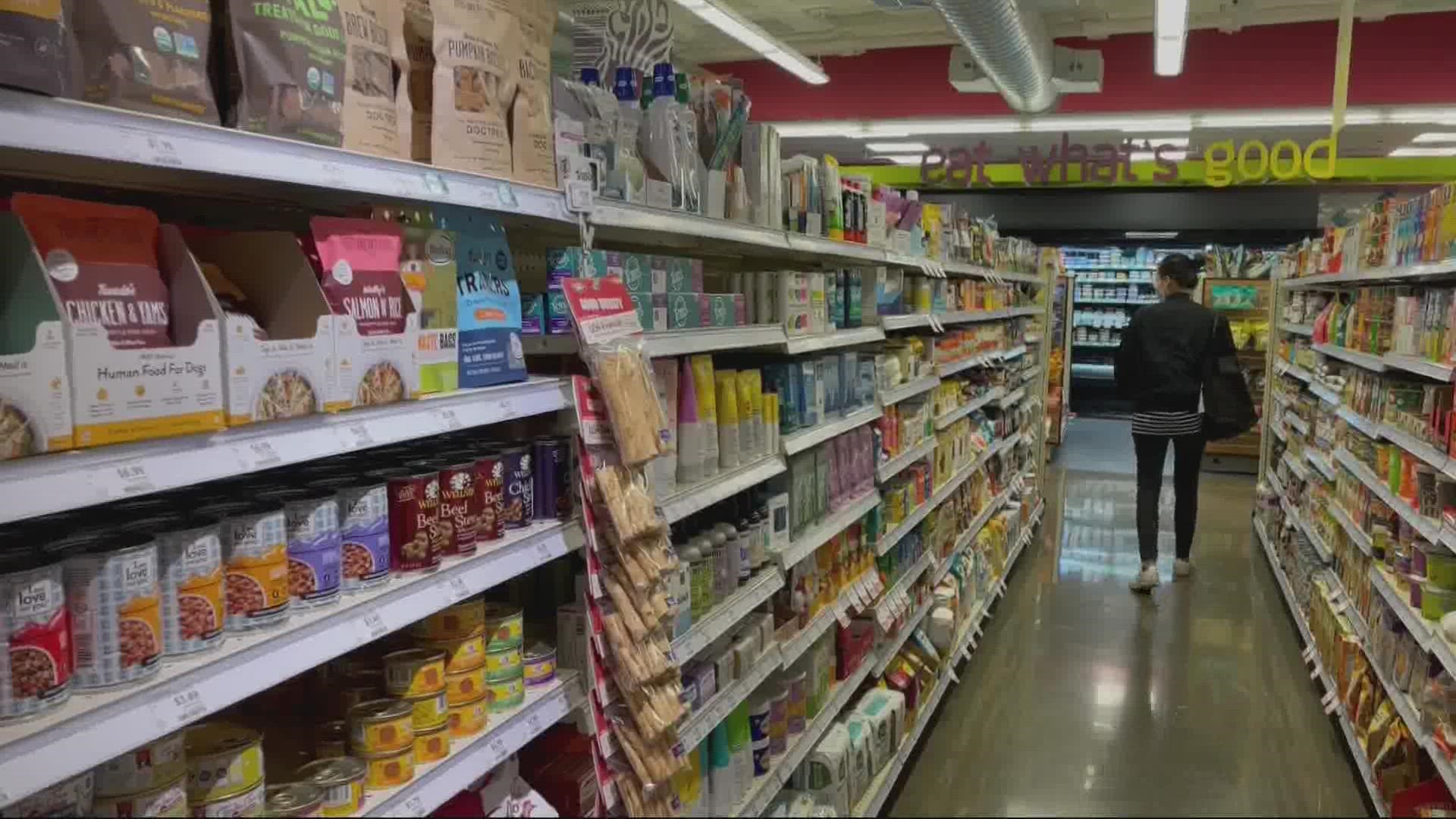 "Demand is exceeding supply, so the prices are going up," said Lisa Sedlar, found and CEO of Green Zebra Grocery in Portland. "The products we're seeing go up in price can be summed up in one word: everything."

NBC reports that according to the American Farm Bureau Federation, the average cost of Thanksgiving dinner is up 14% this year. Specifically, a 16-pound turkey costs about 24% more, frozen pie crusts are up 20% and fresh cranberries are up 11%

National data show glass and steal are also in short supply and more expensive. Shipping costs have increased, too, with the US short about 80,000 truck drivers.

During the pandemic, Louie said takeout has increased significantly, adding cost and environmental waste from the use of plastic containers.

Louie also noted higher costs of rising minimum wage and unemployment claims from last year. All of those dynamics mean he feels a direct impact when food products become more expensive, too.

"Beef is up, seafood is up, even produce," he said.

The same goes for Green Zebra Grocery, where the average wage is above $17 per hour. Employees and their families are also eligible for health benefits.

"That all costs money, and it shows up in the cost of our food," said Sedlar, simultaneously expressing gratitude for her staff.

"Do our part in supporting our local suppliers," Louie said.

RELATED: Why everything is becoming more expensive

In the meantime, diners and shoppers will likely have to wait for supply and demand to balance out.

"I think things will start getting better in early 2022," Mena explained. "Some of the more complex products, things relying on microchips, the situation is likely to last at least another say six to nine months."

Meanwhile, Sedlar urged consumers to stay the course and remember that everyone is feeling the extra cost burden.

"That milk that you buy, we might make ten cents on it," she said. "As retailers, it's never been harder to make a buck."

Even though everything is more expensive right now, economists say people can save a little money this year by making dishes from scratch instead of buying pre-made items. People can also look for generic brands or switch up the menu to prepare something that's less in demand right now.

Experts universally advise people against hoarding products, since grocery stores cannot prepare for that. Lower supply can then result in higher prices for everyone.