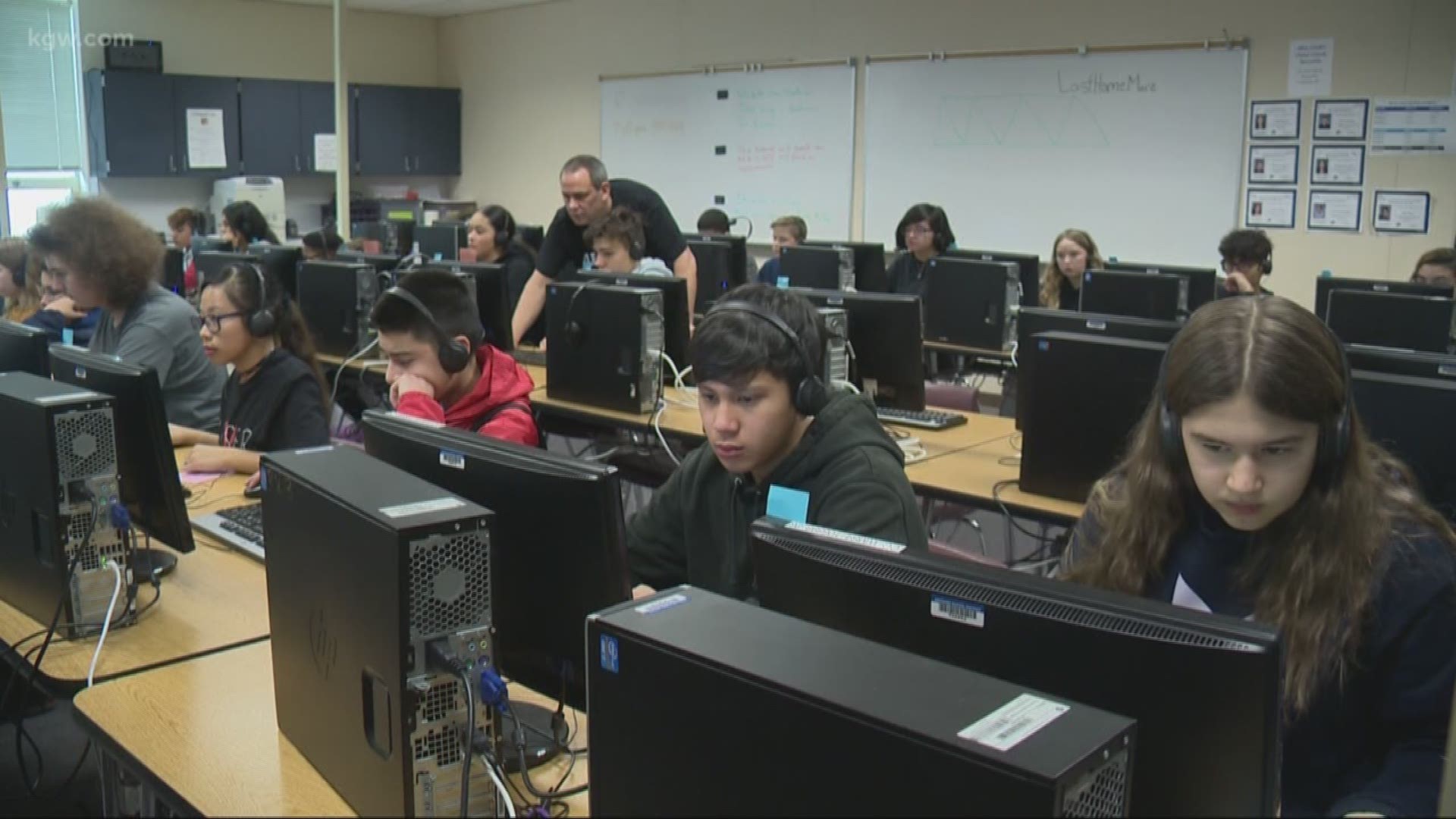 GRESHAM, Ore. — Have you ever sat at an intersection and you hear the blaring sounds of an emergency vehicle heading your way? The law says you're supposed to move out of the way so they can get through. That's not always the case.

"A lot of times people they won't pull to the right or they physically can't because of the traffic," Lieutenant Reggy Becker with Gresham Fire says.

A STEM focused team from Clear Creek Middle School made up of 7th and 8th graders, wants to solve that problem.

"What we want to do is make it safer so there's like less crashes and make it more faster for them to get out there because the firefighters they set like time goals, but they never achieve them because it takes so long in traffic to get where they need to go," 8th grader Aaron Thompson said.

The idea proposed as part of the contest would use a system already attached to fire trucks called opticom. A strobe light that when activated can change a red light safely to green giving first responders a clear path to an emergency.

"Anything that would help us get through traffic easier, faster so we could get to a call quicker." Lt. Becker says, "We're going on emergencies, people are calling us because it's their worst day or whatever, we try to get there as soon as we can."

RELATED: Oregon ‘move over' law could be expanded

STEM programs have become a popular curriculum in schools. Students love the idea of using different methods to solve a problem.

"It's a great way to learn about science, math, engineering and art. It's a great way to help achieve goals that you want to achieve and you can learn a little bit more and do some different activities that will help you reach those goals," 7th grader Olivia Cunningham said.

"It makes you think really hard to do stuff. It's like an engineering challenge," Thompson adds.

The idea to create safer intersections earned the team $15,000 worth of technology equipment from Samsung. Making them one of two teams in the state to win and one of 100 across the country.

Tom Erickson first applied to the Samsung contest 4 years ago. His team also won the state contest that year and $20,000 in tech gear. The next year, his team made the top 10 and won $50,000 in gear. Those winnings helped provide each student in the school a laptop to use during class. Before the contests, the student to laptop ratio was 11:1, it's now 1:1, if not less than that.

"I think it's really important that our kids be ready for the jobs of tomorrow and the STEAM (science, technology, engineering, art and math) program in our school is really designed to help our kids understand the tools that they're going to be using in future jobs, whether they be folks working with cameras, they be computing and writing code on computers," Erickson said.

The team will put together a 3 minute video showcasing their idea, working with first responders and a tech firm in Beaverton to better illustrate their idea.

A $100,000 award in technology from Samsung is the grand prize and will be awarded to the top 5 schools.