A potential housing development will wipe out more than 260 long-standing Douglas Fir trees along with some animal habitats. 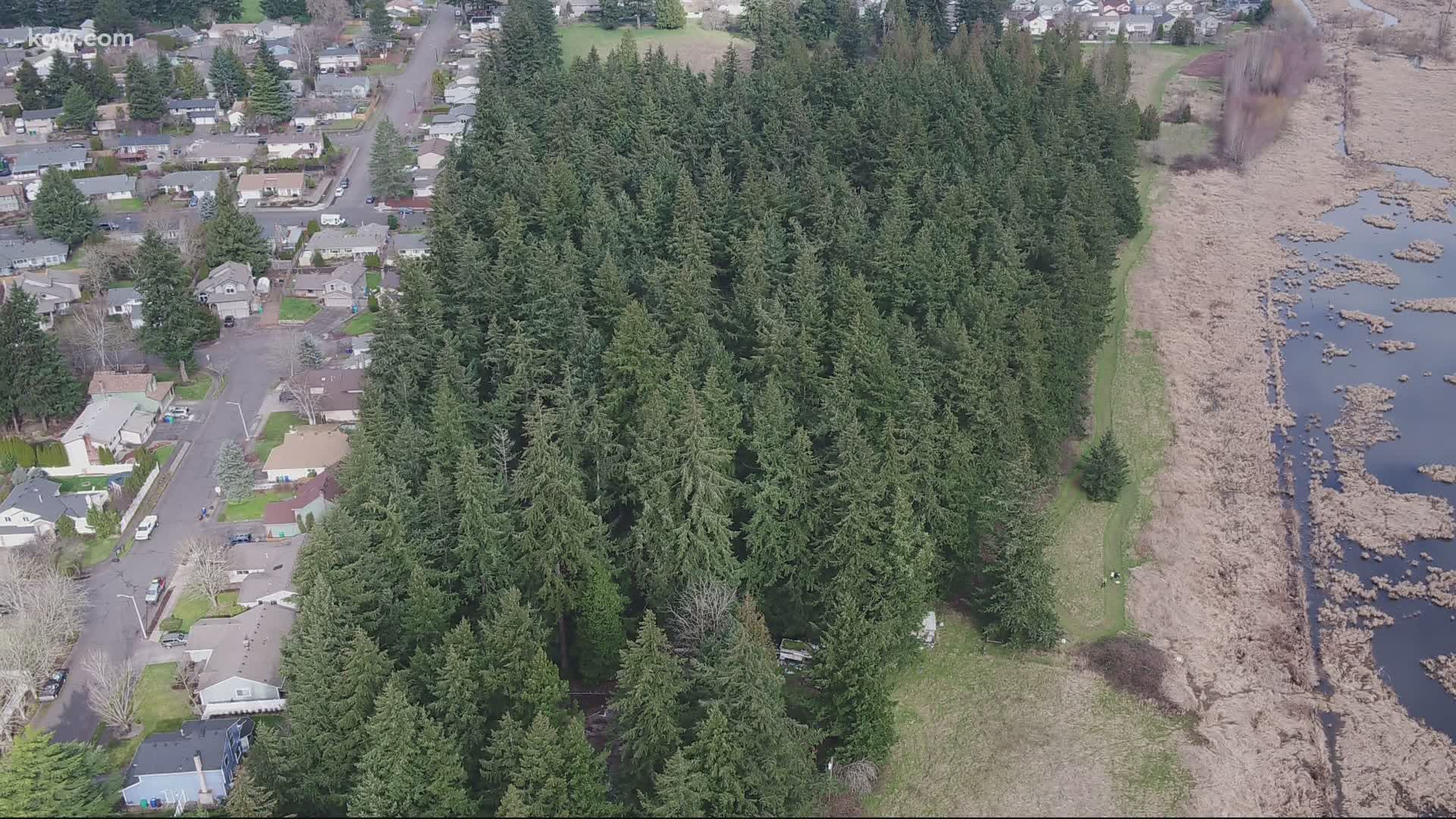 GRESHAM, Ore. — Save the trees! That's what many in Gresham are chanting these days after getting news that a potential housing development will wipe out more than 260 long-standing Douglas Fir trees along with some key animal habitat.

It's habitat several groups are fighting to save.

The area at the center of the controversy consists of roughly 8 acres along the 3500 block of West Powell Boulevard in Gresham. The hundreds of trees are what drew first-time home buyers Cason and Philip Wolcott to the neighborhood adjacent to it.

"We bought the home because we liked the trees in the backyard," said Cason.

Now the couple and many of their neighbors are fighting to save those trees.

Bend-based SGS Development LLC recently purchased the land and has plans to develop it into thirty residential lots. The plan calls for the cutting of more than 260 trees.

"I think that's insane," said Cason. "I also disagree with the number they've given... I mean there's way more trees back there than the 260 trees."

The area also sits right next to Grand Butte Wetlands, which is a protected area, as well as Southwest Community Park, an undeveloped park that's also home to a lot of habitats.

"All sorts of little sparrows, chickadees, several bald eagles have flown over our house lots of different types of hawks," explained Philip. "It's definitely its own little eco-system."

The city of Gresham has not yet approved the development, but has told neighbors it likely will.

The city declined any on-camera interview. In a statement, a spokesperson said the city understands the community's concerns and is in discussions with potential partners to keep the land public but added that "the city is also currently facing significant budget challenges."

SGS Development LLC told us it had "no comment" at this time.

Neighbors and several organizations still have plenty of comments to make on this proposal.

"We are in need of housing that meets the needs of everyone in the community of Gresham, but a development by a for-profit developer for 30 homes in this area isn't... the solution," said Joe Curran with East County Rising.

These groups vow to keep fighting to save the trees in hopes the city of Gresham reconsiders.

"A lot of people don't want to see this park change," said neighbor Cindy Tucker. "But development happens and we understand that we'd like to see as much of nature stay as nature."