They fed their pup a grain-free diet for years. Now, they want to call attention to the possible link between grain-free dog food and heart disease. 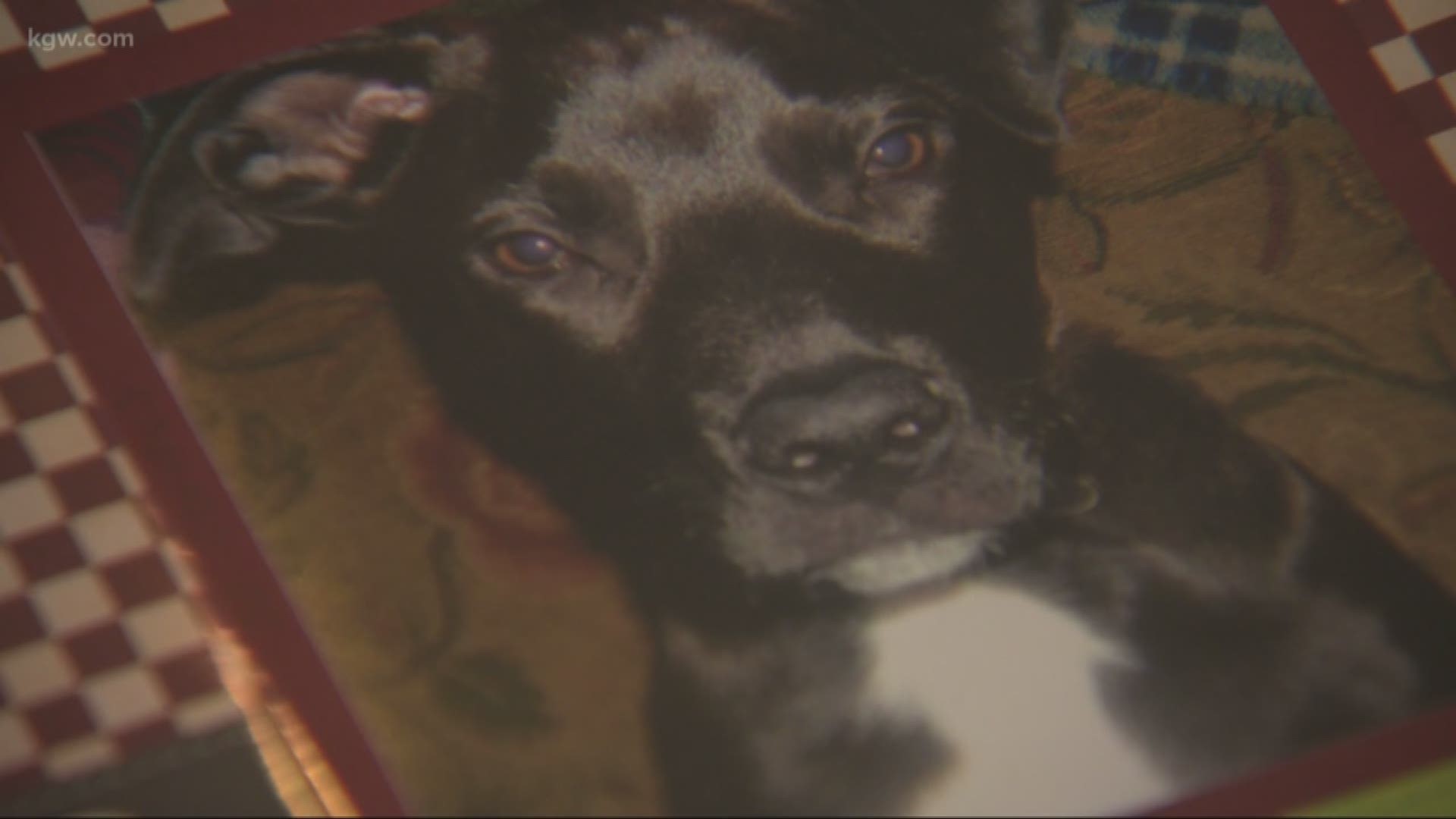 GRESHAM, Ore. — A Gresham family is sharing a warning with other pet owners after their dog died a couple months ago.

They fed their pup a "grain-free" diet for years, figuring it was fine. Now they want to call attention to the possible link between grain-free dog food and heart disease.

Dog food labeled as grain-free has main ingredients like peas, lentils, legume seeds (referred to as "pulses"), and potatoes.

We all want what's best for our pets, but pet food marketing is outpacing science and owners aren't always making healthy choices.

“He was my little baby. I mean, I did everything with him,” Jenna Jack said of her dog Flash.

Jenna has a memorial to Flash in her bedroom at her parents’ house. He helped calm her anxiety and ADHD when they were together.

He was a huge part of their family – and now there is a void.

"I became more of a social butterfly, I got to do a lot of great things with him by my side. So it's hard not having him with me,” Jenna said. “If I was feeling bad I could let out my emotions and hug on him or take him for a walk. I could do a bunch of stuff with him. I learned a lot from him and he was my best friend. He's the best friend I could ask for.”

The family adopted the Labrador/German short-haired pointer mix when he was a puppy from the Oregon Humane Society. They had 10 full years with him.

"He was fun to take places. Just such a good temperament and he traveled so well – oh my gosh, in the car, he was so cute,” Jenna’s mom Janel Carver said.

In May, they noticed Flash was coughing and struggling to eat. When Jenna looked in his throat, she found a lump and rushed him to the vet.

"When they did the exam on him they saw there was heart failure going on but they couldn't diagnose right away because they had to have a heart specialist,” Jenna said.

That heart specialist was Dr. Kathryn Atkinson at Heart of Oregon.

"What we’re seeing compared to a normal heart is the left ventricle is very dilated and it’s not doing much of a push. And we also have fluid in between his lungs and chest wall. He did have very severe arrhythmia as well,” Dr. Atkinson said as she showed KGW Flash’s echocardiogram. “This is a heart struggling to do its underlying job of pushing blood through the body.”

She diagnosed Flash with advanced dilated cardiomyopathy, or DCM, which is a heart disease that can be deadly.

"It is something we're diagnosing frequently. I have several dozen cases,” Atkinson added.

By the time they caught Flash’s disease, though, he had progressed to heart failure.

Dr. Atkinson told the family it might be linked to the boutique grain-free exotic diet they were feeding Flash - the very thing the Food & Drug Administration (FDA) and cardiologists across the nation have been investigating since 2018.

There are over 500 reports linking grain-free dog food with DCM at this time. It's under-reported because many dogs don't show signs until they're really sick.

DCM is being found in breeds that aren't genetically prone to it, catching vets' and the FDA's attention.

"All we have is a correlation but we don't definitive answers it causes this,” Atkinson told KGW. “This is your family member and all the sudden this devastating thing happens and it’s coming from a place where people choose diets and up until the last few years we thought these boutique exotic grain-free diets were a choice that was a good choice. But now the FDA report that came out this summer certainly has some cause for concern.”

Atkinson put Flash on several different medications, a taurine supplement and changed his diet back to grain-inclusive.

His heart condition improved a bit but within three months his quality of life diminished; his disease was too advanced. It was only fair and humane to put him down.

“Those last few days were horrible. You would just hold him and he was just really sweet, it was really hard,” Janel said. “We were really pulling he could come out of it or at least have the medications maintain his quality of life, but they just didn't. It got to be so hard and sad to watch him.”

That pain has turned into a purpose for Janel and Jenna.

“We're really wanting people to understand that this could happen,” Janel said.

Dr. Atkinson is sharing the same warning: she wants pet owners to educate themselves on grain-free diets and talk to their own veterinarians.

Personally, she says she wouldn't recommend one.

"It’s something that's avoidable, and look at why would you continue to put your dog at risk if you have other choices,” Atkinson said.

Still, the FDA says the possible association is complex and may involve a lot of different factors like ingredients and absorption of nutrients, genetics or manufacturing.

This summer, the FDA released a list of 16 brands of dog food that may be associated with the higher risk of heart failure in dogs.