These smart tiles will generate energy from footsteps

The tiles were on display in Portland over the weekend, but a spokesperson for Pavegen, the London-based company that creates the tiles, said there are no current plans for a permanent setup in Portland. 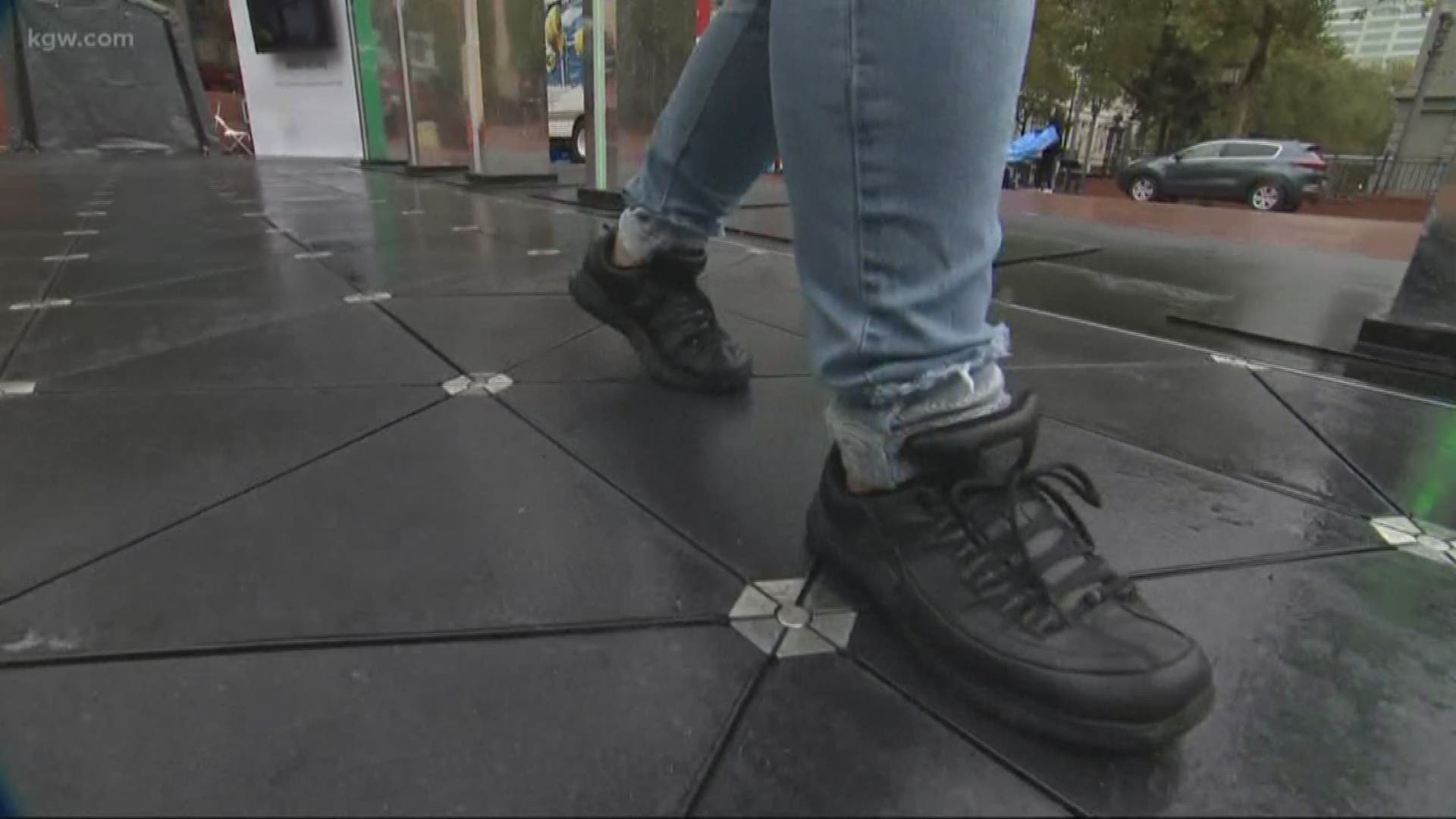 You've heard of solar energy and wind energy. There's also hydro-energy. But what about energy generated from your very own footsteps?

It's technology that hundreds of pedestrians had the opportunity to test out in Pioneer Courthouse Square over the past several days.

In the demonstration, the electricity generated lit up archways above the walkway.

This was a first for me. I generated electricity by just walking over this pathway in Pioneer Courthouse Square today. It was a temporary installation to show how energy can be harvested through human footsteps. In this case, the energy lit up the archways. pic.twitter.com/RtVjk1ZvF0

Bank of the West partnered with London-based company Pavegen to bring the demonstration to Portland.

Here's how the technology works: As pedestrians walk across the tiles their footsteps compress electro-magnetic generators below the surface. That energy is then stored and can be used for things like lighting or mobile phone charging.

For example, just 10 steps can charge a phone for one minute. That means an average day of walking can power a smart-phone for more than 16 hours.

Currently this technology is being used in cities around the world, including Washington DC.

As for the possibility of the smart tiles coming to Portland?

"There are no plans yet for a permanent one in Portland but some of the interest that the community has is definitely in support of that so hopefully it will happen," said Paige Henke with Pavegen.

The company said it is in talks to bring this technology to the West Coast.

However, at this point, it won't say exactly where.