Researchers at Reed College have found a natural way to get rid of plastic, using bacteria that actually eats it. 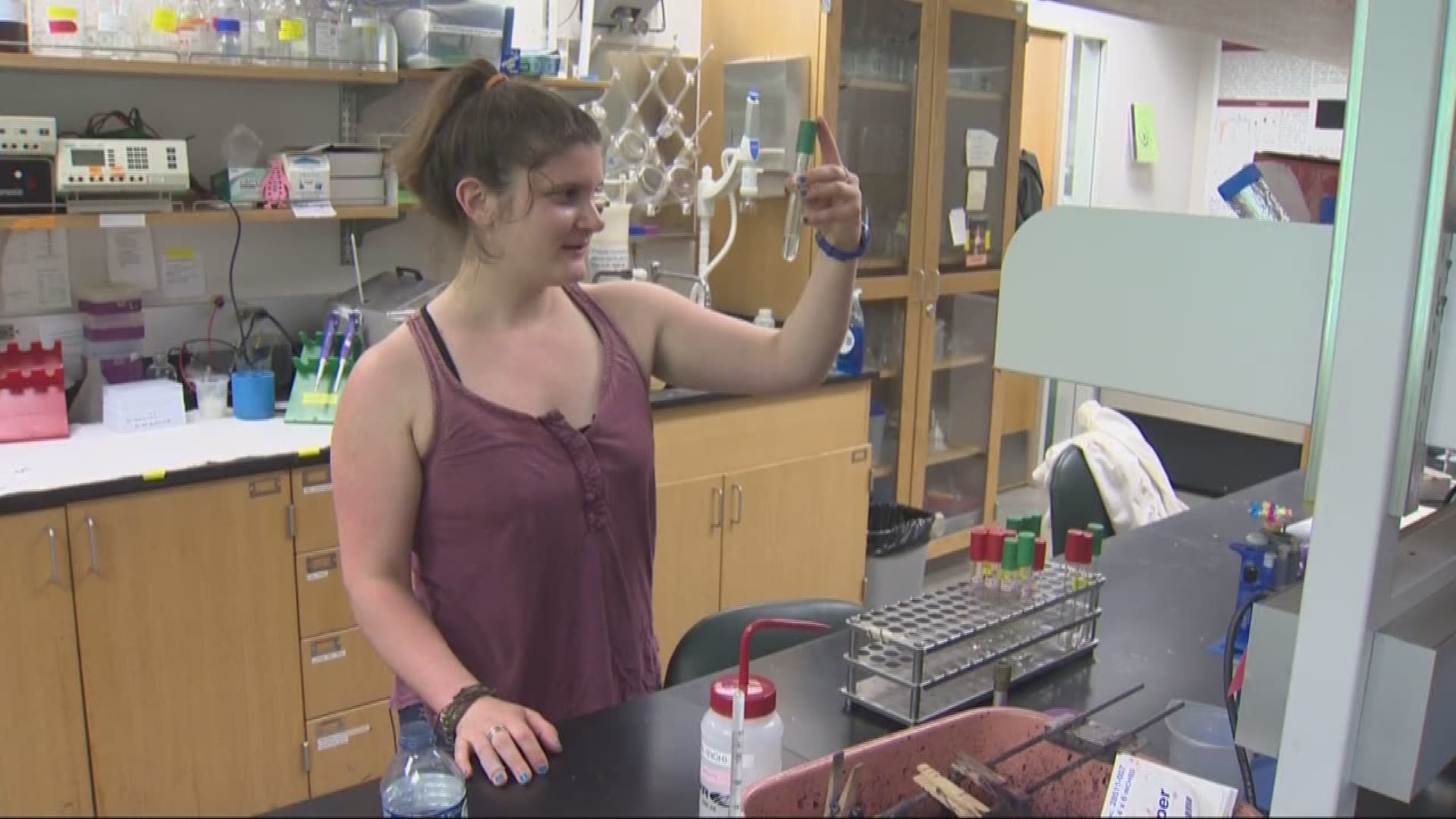 PORTLAND, Ore. -- We all know plastic waste is a huge problem all around the world.

Now researchers at Reed College have found a natural way to get rid of it, using bacteria that actually eats the plastic.

Biology major Morgan Vague made the discovery while working on her thesis this past school year.

Vague knew there was naturally occurring bacteria in the ocean that could break down crude oil. So she wondered if some of that bacteria could do the same to plastic.

Her hunch was right.

Vague was able to isolate and breed several strains of bacteria, that if given no other food source, turned to plastic for their meals.

"That's going to be your water bottle… pretty much...any kind of packaging you see in the bakery department, that clear rigid water bottle-type plastic," Vague said.

"With the greater recognition of the plastics problem in oceans and on land, there's a lot of interest in this type of research," he said.

An estimated 480 billion plastic bottles are produced every year and many end up in our landfills and our oceans.

The infamous Great Pacific Garbage Patch swirling out in the ocean is now estimated to be the size of Texas, if not larger

Researchers say they'll now work to speed up the process. Right now, it takes months for the bacteria to degrade the plastic.

Once they speed things up, their next step is to use this process on an industrial scale.

"It's a really big emerging field because these microbes are everywhere and they can really do anything," said Vague. "We might as well start putting them to work."