This Blazers' season will feature a new and environmentally friendly way to distract opposing teams: Thundersticks that actually biodegrade. 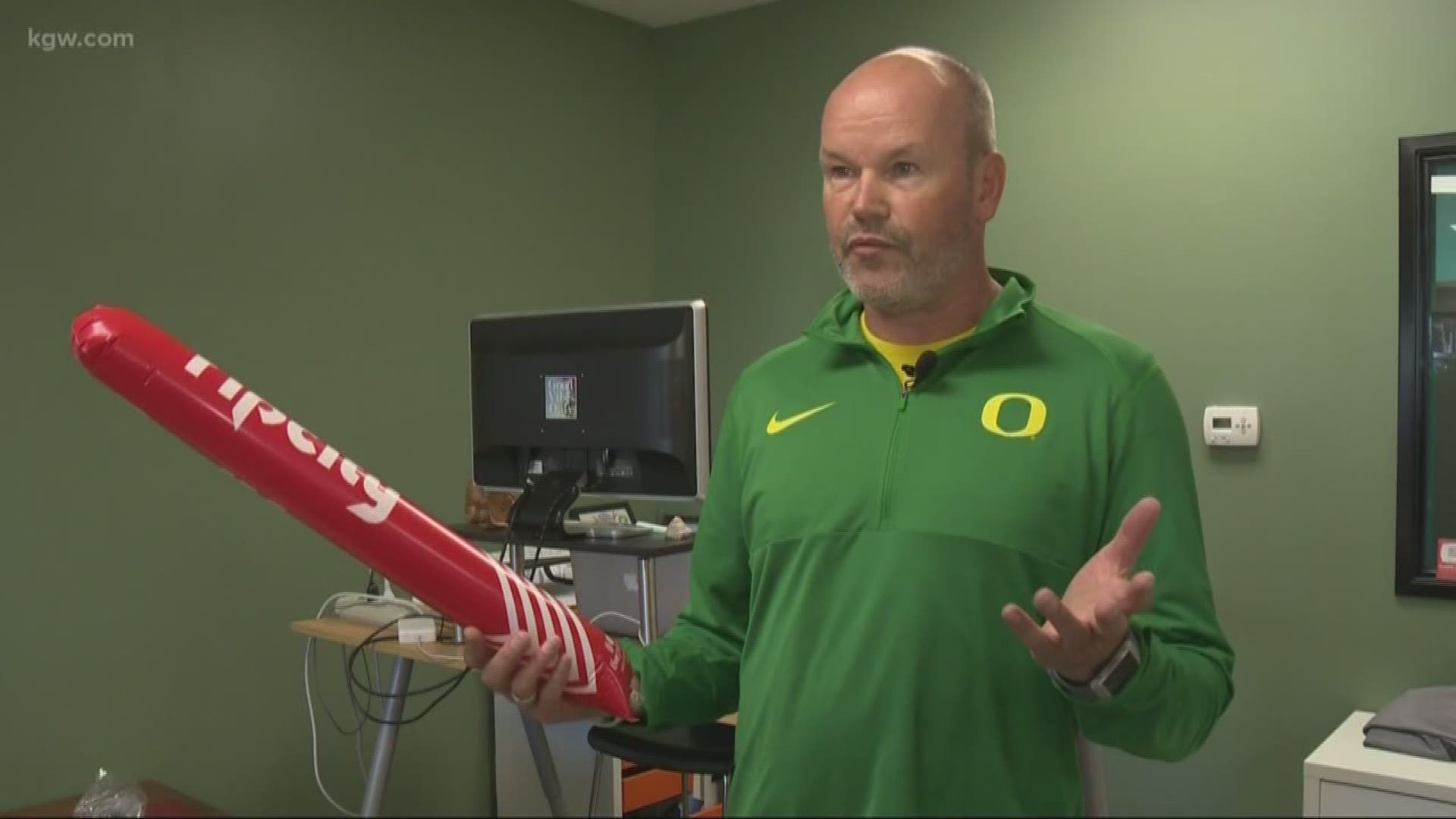 This Blazers' season will feature a new and environmentally friendly way to distract opposing teams: Thundersticks that actually biodegrade.

No doubt, traditional plastic thundersticks do a good job at annoying opposing players, however, they are not so good for the environment.

That's because once used, the only place for them to go is the landfill where it takes hundreds of years for the plastic to degrade.

So the Blazers partnered with Portland upcycling company Looptworks to create a new kind of thunderstick.

They are still loud but are much easier on the planet.

That's because they're made of a special plastic that can actually go into the compost bin where it breaks down in about 90 days.

And when you consider thousands of the sticks are used at every home game and there are 41 home games this season, that's a lot of plastic being kept out of the landfill.

Looptworks director of collaborative sales Ron Hawk said the eco-friendly thundersticks are still hearty enough to do the job.

"I think they make the same level of noise, so I think we will intimidate tomorrow with these thundersticks," he said.

This is not the first project Lootpworks has worked on with the Blazers.

Two years ago, the company started taking old Blazers jerseys and re-purposing them into new products like pillows, waist packs and more.

It was such a success, this year the NBA came calling.

"They said, 'Hey can you do this for all 30 teams?'" Looptworks CEO Scott Hamlin said. "And so we're now doing that for all 30 teams... upcycling all the jerseys that come out of that process of players being traded."

So the next time you go to a basketball game and pick up a thunderstick, or perhaps that new backpack you've been wanting, you can do so knowing you're helping out your team and your planet.

And here's an interesting fact the new thundersticks: They actually cost only about a penny or two more to make than the traditional plastic ones.

As for those upcycled jerseys - they're sold at the Rip City store at the Moda Center entrance, as well as on the Looptworks website.