Beach-goers spotted it on Aug. 16 and it marks the third whale stranding in the state this year. 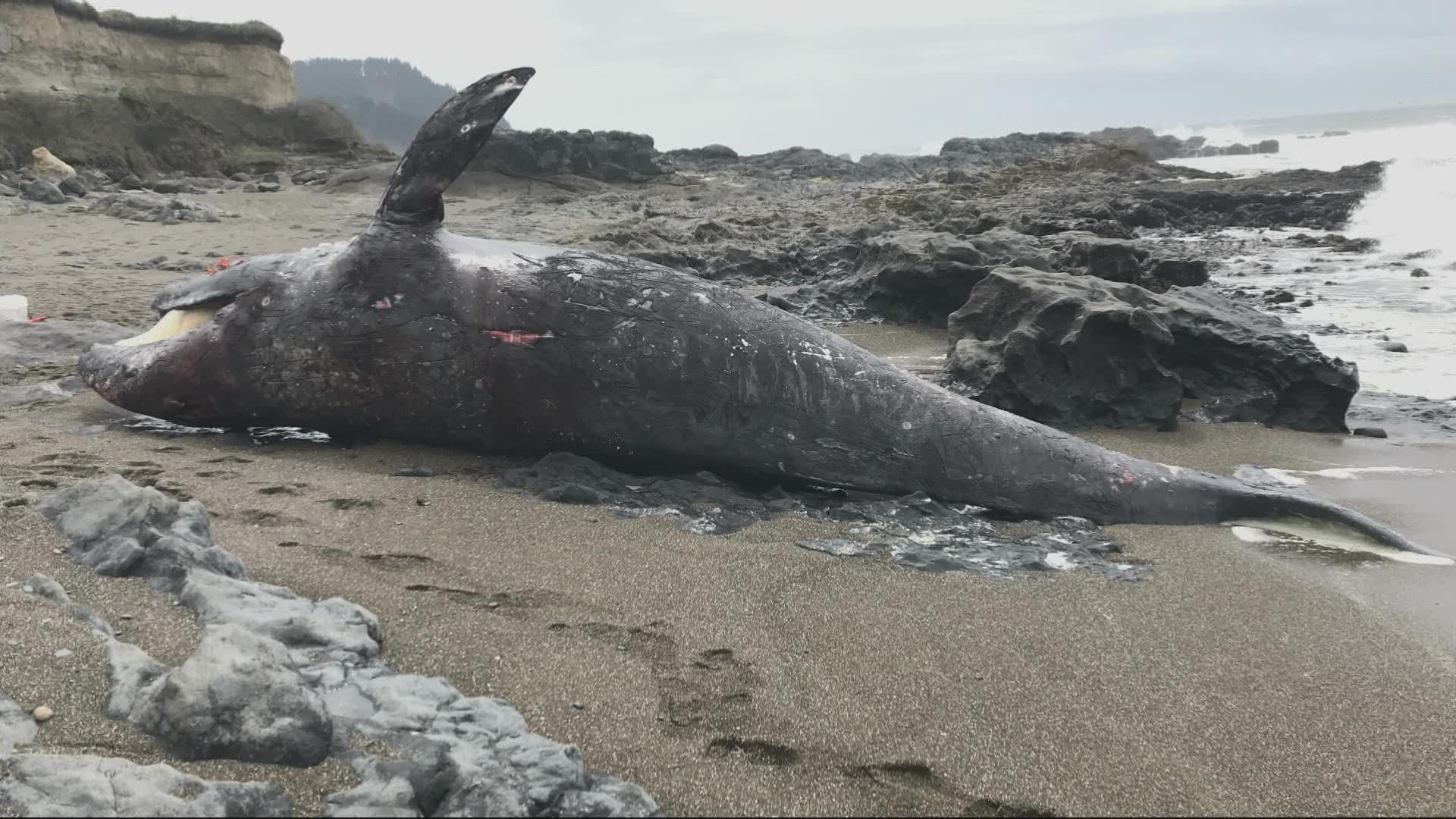 YACHATS, Ore. — A young gray whale washed ashore a beach near Yachats along the Oregon Coast. Beach-goers spotted it on Aug. 16 and it marks the third whale stranding in the state this year. Researchers are trying to find out what is killing these majestic creatures.

"I was able to get down to the whale Tuesday afternoon and examined it and found it to be a 30-foot juvenile gray whale that had been dead for several days," said Jim Rice, the stranding program manager with the Marine Mammal Institute at Oregon State University.

"There were numerous marks on the body indicating it had likely been attacked by killer whales right before it died," said Rice.

Up and down the West Coast, there have been an unusually high number of whale strandings.

"We have been involved in what's known as an unusual mortality event," said Rice.

Gray whales have been dying by the hundreds off the West Coast in recent years.

A study earlier this year found, in just the last four years, the West Coast has lost about a quarter of its gray whale population.

While researchers don't know exactly why, drone footage revealed the whales were much skinnier.

"Showing what we call nutritional stress, which leads them to be perhaps more susceptible to predation or disease or parasites or other means by which the animals might die," said Rice.

He said researches believe the food resources they depend on in the Arctic have declined, causing the whales to lose weight and become less healthy than they traditionally have been.

According to National Oceanic and Atmospheric Administration (NOAA), there were 122 whale strandings in 2019. As of earlier this month, there have been 43 so far this year.

Rice said those numbers are promising.

"We are not seeing numbers of mortality this year as bad as we saw last year, nor as bad as the year before that. So in that regard, things are not as dyer as they might have appeared."