PORTLAND, Ore. — If the roadway flanking the South Fork McKenzie River has a number, I don’t care to find it on a map. That’s because I’ve such a love affair with this backdoor byway that takes a bit longer getting from this place to that.

Your best place to start is McKenzie River Ranger District office at McKenzie Bridge, Oregon where you can pick up an audio CD that accompanies the Robert Aufderheide Scenic Byway.

“Bring your camera and take plenty of pictures,” offered Meg Trendler, a Lane County travel spokesperson. “You need to make sure your gas tank is filled because there are no stations from start to finish and there is no cell service either, but that’s OK by me.”

This drive parallels both the South Fork of the McKenzie River and the North Fork of the Willamette River, with views to cascading streams and large, old growth Douglas Fir trees.

The paved, two-lane road ranges in elevation from 1,052 to 3,728 feet, with many turnouts for scenic viewing and access to backcountry recreation.

The audio tour will lead you down a byway that rambles along for 60 miles where countless feeder creeks trickle across spongy moss-covered rocks throughout the two river basins that are home to this drive.

The drive can take two hours, an entire day, a never lonesome week, or a lifetime, as there are campsites galore along the way. 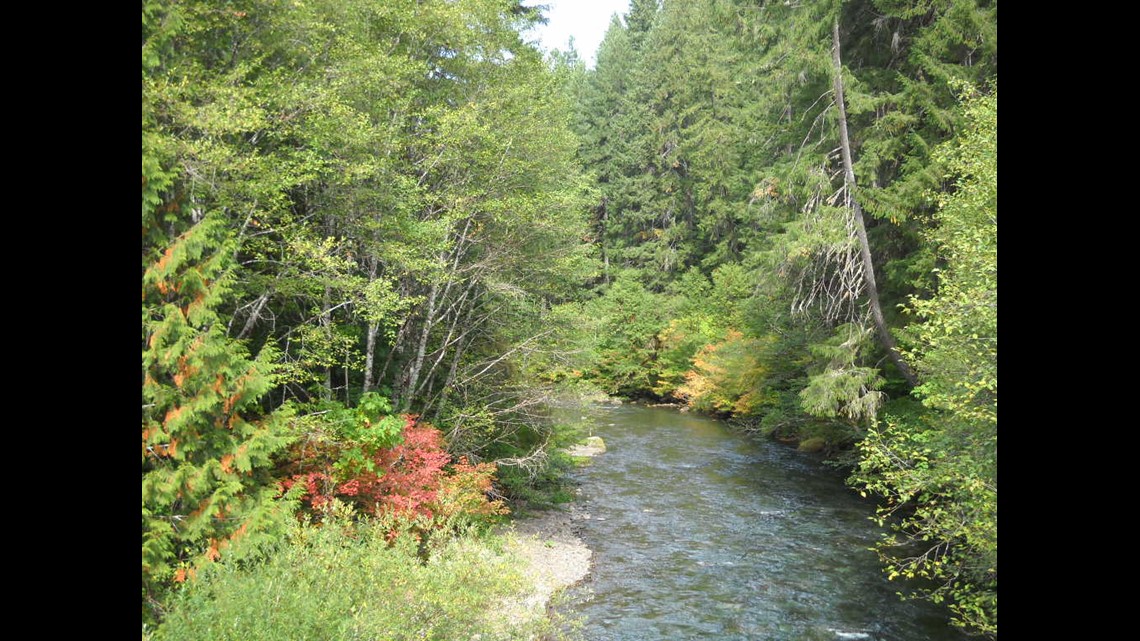 The South Fork of the McKenzie River is part of the National Wild and Scenic Rivers system and provides opportunities for catching rainbow and cutthroat trout.

As the water handsprings over unseen rocks, leaves drop to placid pools where barely a ripple marks the moment.

Watch for a roadside replica of an old log station near the summit of the drive while just across the way you will find a monument to Robert Aufderheide’s memory.

Aufderheide was a federal forester with vision who prized recreation and rivers and the little surprises that nature provides. It should come as no surprise that folks who roll on two wheels love this place too.

Nearby, watch for the self-guided trail that leads you through stunning “Constitution Grove.” It’s a grove of old growth trees named such by the U.S. Forest Service in celebration for the signing of the Constitution’s 200th anniversary in July of 1987. That’s significant because many of the trees in the grove are more than 200 years old.

Soon, you’ve reached the North Fork of the Willamette River; a stream that holds surprises at this time of year and worth a gander.

Watch for the bronze-colored salmon that have muscled their way back to home waters. They are driven by biology and the spawning fish are yet another sign that summer has passed and now it is fall.

It’s the colorful, wonderful show along this backroad that I cherish the most; a chance to witness big-leaf maples, mottled with brown or gray, whose leaves sometime fall gently, gliding past my way.

And oh, to be by an orange maple, the brightest of Oregon’s autumnal colors: the searing orange of vine maple. At times, the fallen leaves collect in mountainous piles along the roadway.

The cap to this day long adventure is the short drive thru the long bridge at West Fir, Oregon. At 180 feet, Office Bridge is the longest covered bridge in the Oregon and it is end of the line.

It’s a roadway whose prime time is passing, so hurry soon and then slow down on a backroad without a number---one of the very best around.

In addition, be sure to check out  “Grant’s Getaways Guide to Wildlife Watching in Oregon.” You will enjoy 48 uniquely oregon adventures highlighting my fish and wildlife encounters. scores of colorful photos by “grant’s getaways” photographer, Jeff Kastner, show off some of our finest moments in the field.  you can also learn more about many of my favorite Oregon adventures in: "Grant's Getaways: 101 Oregon Adventures."