The Facebook event called the parade a kick off event for the Trump 2020 campaign. 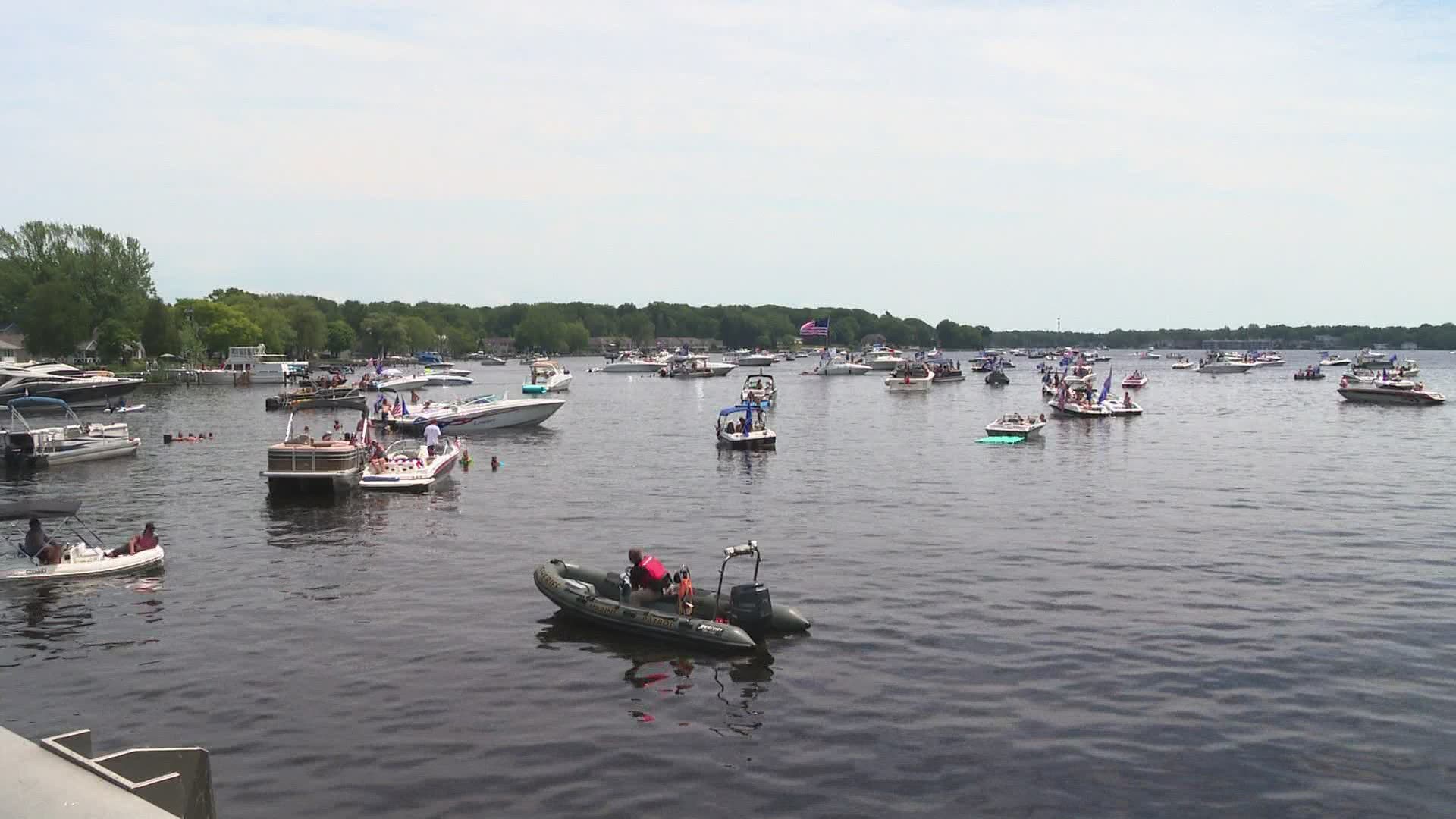 The event called "Operation Grand Haven - MAGA Regatta BOAT Parade" gathered Trump supporters together at Smith's Bayou in Ferrysburg. The parade then headed west through the channel to circle around the Grand Haven and Spring Lake area to meet up with boaters from other marinas.

The Facebook event called the parade a kick off event for the Trump 2020 campaign. Saturday is also when the president is holding his first campaign rally since the start of COVID-19.

The organizers said following the parade, there would be a campaign rally at Smith's Bayou. The event was hosted by the Trump 2020 Grassroots Leadership of Kent County.

"Oh it's wonderful to see it. I've been to a rally and I just love to see all those flags and people jolly and happy and waving them," said Ann McLachlan who attended the parade.

According to the Grand Haven Tribune, there were some protesting the parade who stood on Smith's Bridge with signs.

More stories on 13 ON YOUR SIDE: