Graffiti removal in Portland to get a funding boost

A year-old program to get rid of it has been working, and is now on track to get a $400,000 funding boost from Mayor Ted Wheeler. 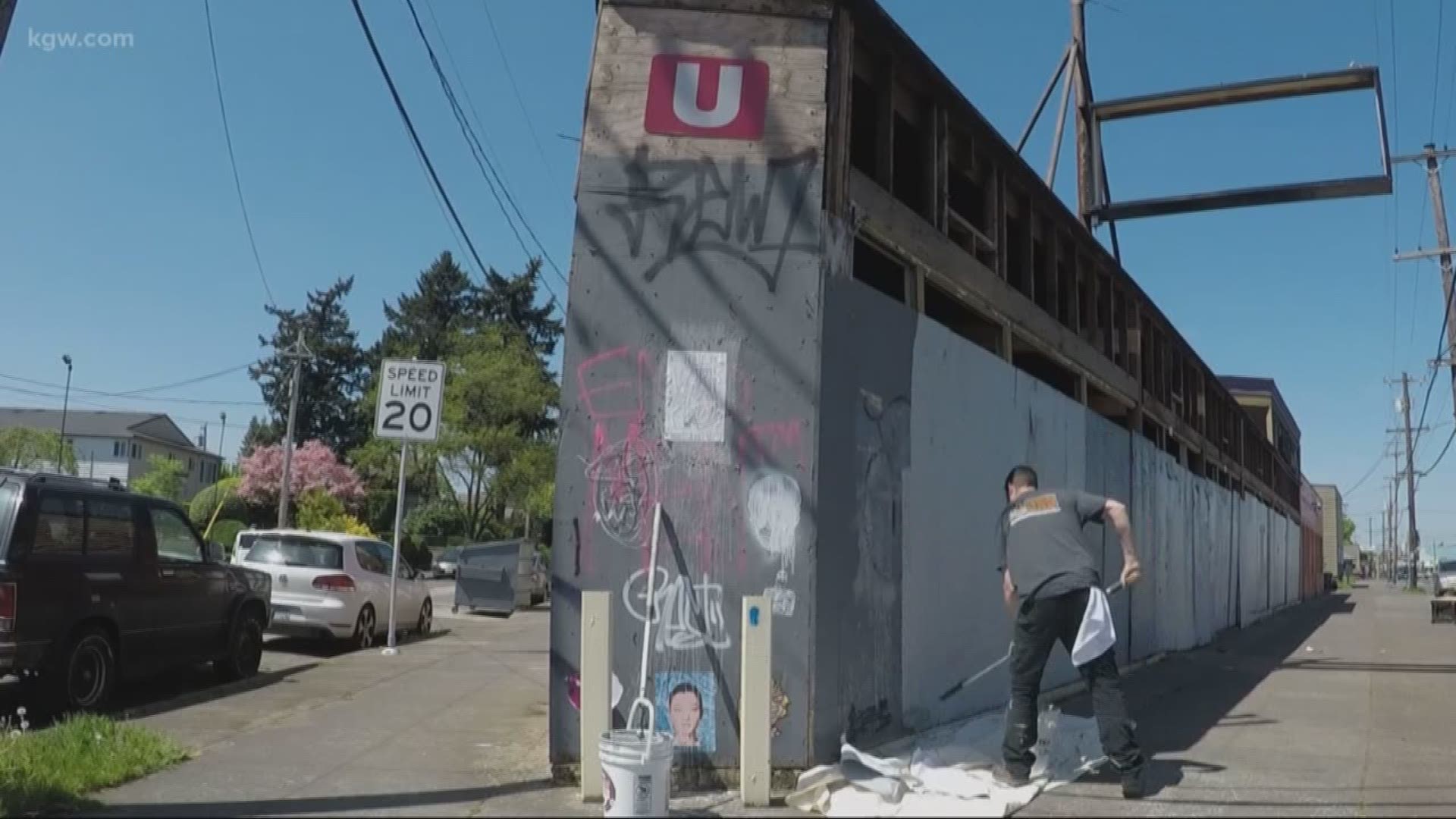 PORTLAND, Ore. -- Portland has seen a rise in graffiti. Both in racist and hate graffiti, according to the city, but also tagging and illegal art.

A year-old program to get rid of graffiti has been working, and is now on track to get a $400,000 funding boost from Mayor Ted Wheeler.

Before and After: Photos of graffiti in Portland

Before and After: Photos of Graffiti in Portland

Prior to 2017, crews would clean up 400 reports of graffiti every year. Since the Graffiti Abatement Program started in July of 2017, contract crews say they've removed 10 times that, cleaning 4,800 graffitied walls. It's caused staffing and trucks for Paul Watts' company Graffiti Removal Services, to double in the past year.

"The difference between art and graffiti is permission," Watts said.

Watts gets paid by a contract with the city to scout out graffiti. Southeast Portland is the most heavily tagged section of the city, according to Watts.

We met him on Southeast Foster Road at Boise Street, where a large wall was tagged on a boarded up property.

"This guy is a business owner who's trying to remodel his building, trying to get it up and running, trying to get tenants. But are tenants really going to be attracted to a building like this when they come up and look at it?" Watts said.

Efficiency isn't a trait that some would argue city governments practice well. But thanks to Watts, the graffiti removal program is much more efficient than it used to be. Where before they had to wait until a graffiti complaint came in from the public to initiate a clean-up, Watts has his team proactively walking entire thoroughfares, writing addresses of graffiti, getting signatures of permission from business owners on private property, and then doing the job right then and there.

"If we see graffiti, we make contact, we try and get it removed on the spot," he said. "If we can't remove it on the spot, we leave the waiver, it's turned in and we come back and remove it. That cost savings to the city is so huge and that's why I think the program is so great."

He uses recycled paint he buys from the regional government METRO, and carries about 10 colors in his truck at all times so he can color-match to an existing wall. He also carries a special chemical that will strip graffiti off glass and other surfaces that can't be pained over.

Watts says his company is on track to cover 22,000 square feet of graffiti every month in 2018.

"Yes we still have the habitual really big taggers that are tagging really big bubble graffiti, but the small incidental tags, once we remove them, we're seeing them not reappearing back in the neighborhood and that's really what we want," said Watts.

Portland Mayor Ted Wheeler wants to double down on that success, adding $400,000 more to last year's budget of $600,000, presumably making the total $1 million for graffiti removal. The city's Office of Neighborhood Involvement has not responded to our requests to confirm that figure, however.

"It's a lack of respect for property I would say, it's frustrating. We need to get the people who have actually done it, go out and remove it to see how difficult it is to remove," Stephens said.

The budget funding applies to graffiti removal on both private and public property. There's been a lot of defacing of actual commissioned murals around the city, according to Watts. His company is now applying a coating to them that won't let graffiti paint stick.

To report graffiti email: graffiti@portlandoregon.gov or call and leave a message to 503-823-4824.