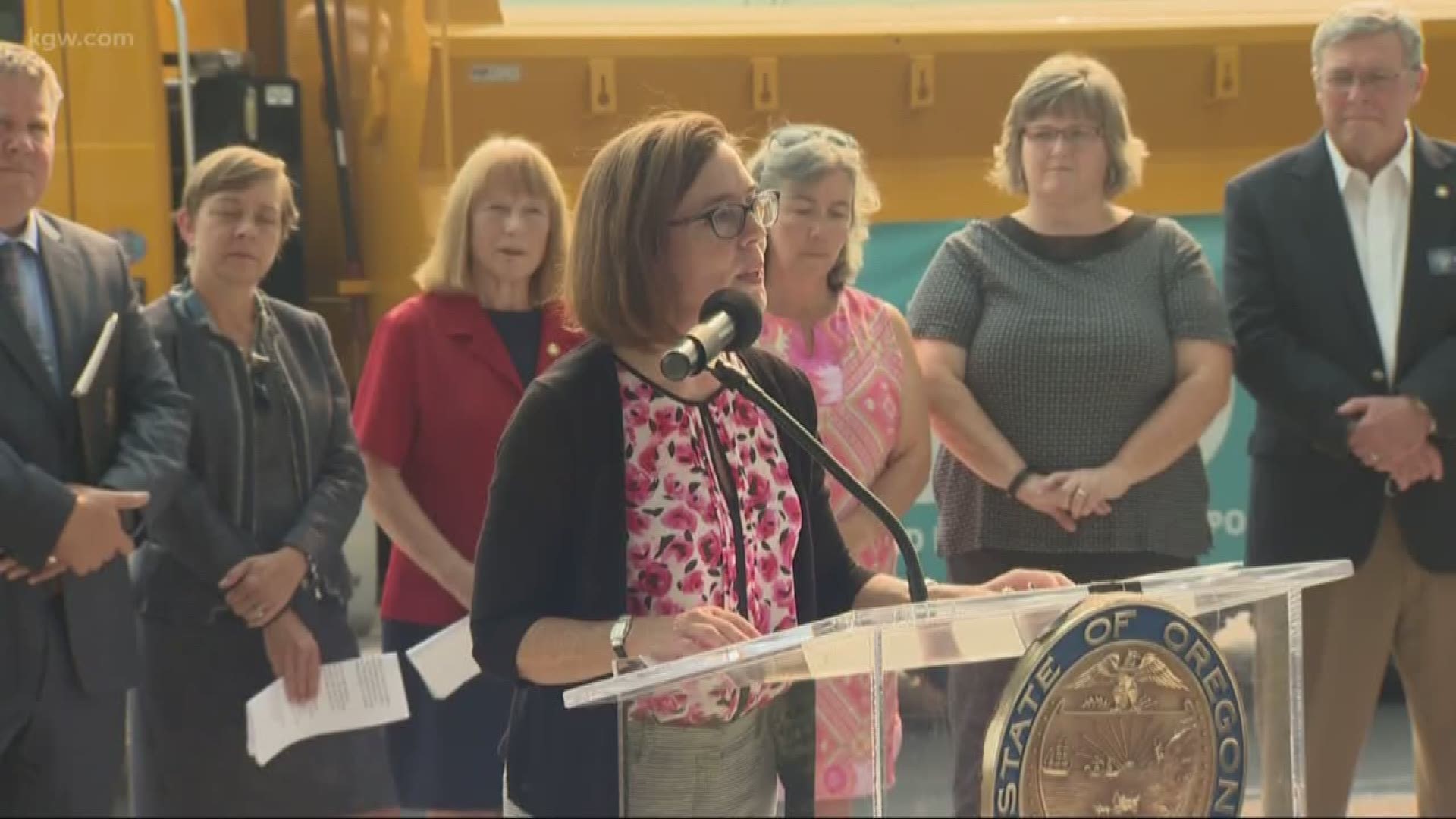 PORTLAND, Ore. — In Portland you'd be hard pressed to find someone who doesn't know about the possibility of the Cascadia Subduction Zone earthquake, also known as the “Big One.”

“I have a kit in my basement. I think I've got 10 gallons of water, probably not enough,” said Portlander Adam Clegg.

But at least he’s doing something to prepare. That kind of thinking is exactly what Oregon Governor Kate Brown is hoping everyone will have. But until everyone is on board, she's doing what she can to prepare the state. On Tuesday she released her Resiliency 2025 plan.

“The governor has highlighted six areas of resiliency that she wants to focus on over the next five to seven years,” said Andrew Phelps, the Director of the Oregon Office of Emergency Management.

Those areas include activating a statewide earthquake early warning system by 2023 and making more investments in seismic upgrades at schools and other buildings.

"We would expect the message to saw something along the lines of ‘earthquake, shaking expected, drop cover and hold,’" said Phelps. "It could be 30 seconds or it could be up to a minute or two (of warning) depending on where you're located."

Some may ask, "What if I'm inside an old brink building that has not been seismically upgraded?" There are more than 1,600 of those buildings in the Portland area alone.

"Even for un-reinforced masonry, right now the best science tells us, if you get that early warning, once that system rolls out, drop, covering and holding is the best thing you can do," Phelps said.

However, he said if you're already driving, pull over and get to a safe spot. And if you're on a bridge, get off of it. Phelps admitted, it might only be seconds, but it will hopefully be enough to save lives.

“The governor has also challenged my office to ensure 250,000 households are prepared by 2021 for at least two weeks,” Phelps said. “We're calling it sort of a moonshot. We don't know how to get there.”

But they’re trying, and so are many Portlanders.

Others, like Alexander Banicki said he’s taken steps to prepare as well.

“But I can't worry that it's going to happen every morning,” he said.

Here are the six areas the governor wants to focus on: