Oregon Senate Bill 5 allows college athletes to sign contracts that provide pay for use of their name, image, or likeness. 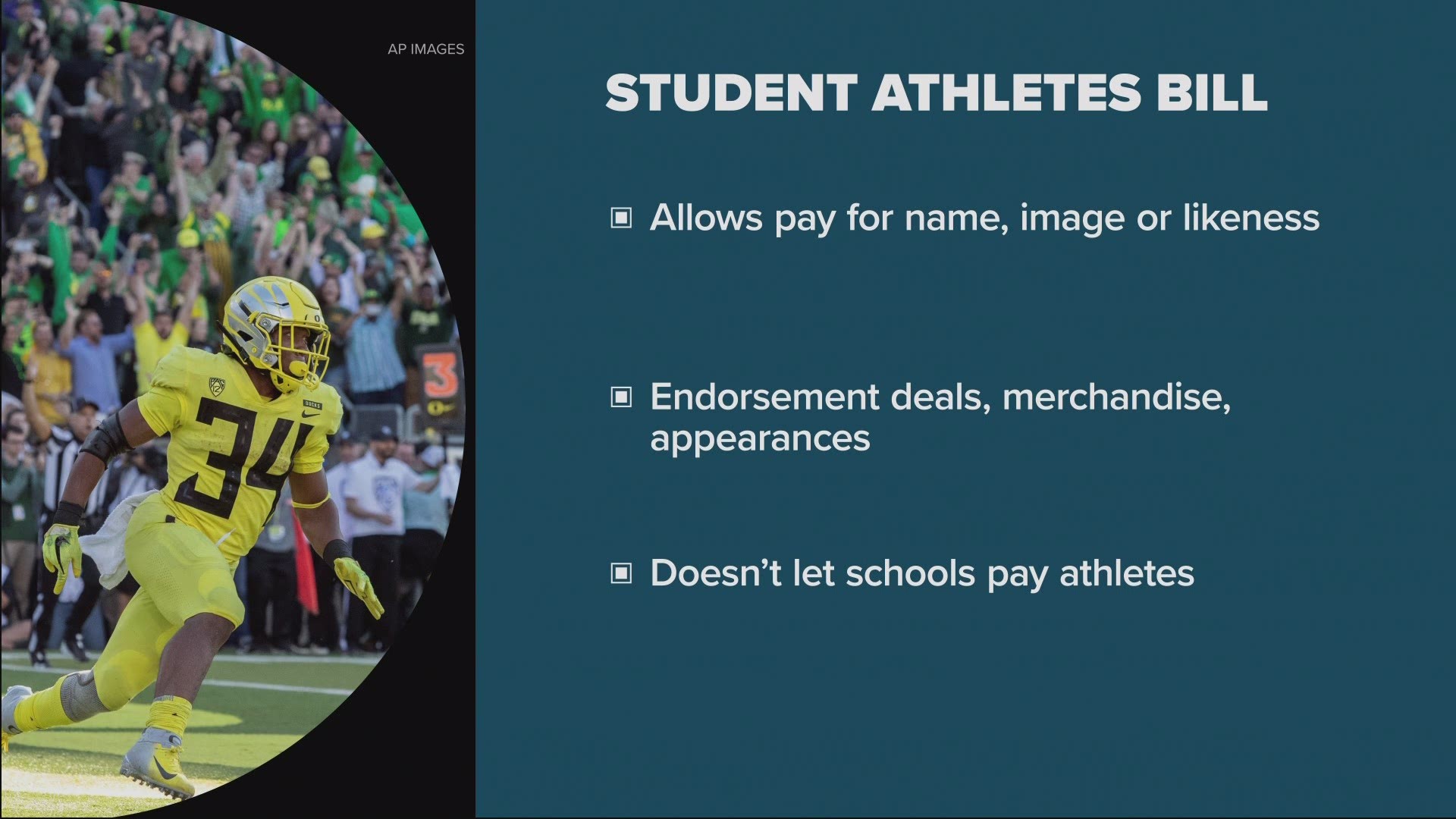 SALEM, Ore. — Editor's note: The above video aired on June 4.

Starting July 1, college athletes at public and private universities in Oregon will be able to receive compensation.

Gov. Kate Brown on Tuesday signed Oregon Senate Bill 5 into law, which allows college athletes to sign contracts that provide pay for use of their name, image, or likeness. The bill also allows student athletes to make money through endorsement deals, merchandising agreements and appearance fees.

Senate President Peter Courtney and Sen. James Manning, Jr. sponsored the bill, which was created with input from Oregon college athletes and universities.

In a press release, Sen. Courtney called the bill "historic" and said he wished Oregon was the first state to sign it into law.

“Our college athletes have not been treated fairly," said Sen. Courtney. "They sacrifice everything for their universities… their bodies, their relationships, their academics. Meanwhile, the NCAA and universities are making millions off their hard work… from tickets, merchandise, and concessions, all the way to college enrollment."

Grant told KGW that the bill "is a win for all student athletes."

"I've had so many teammates, current and former, who would've benefited tremendously from those opportunities," Grant said. "I'm not just talking about spare change to spend on themselves. I'm talking about teammates who send the remainder of their scholarship checks to their families every single month. Teammates who have multiple children and can't venture outside a stipend check to provide for them."

The governor's signing of the bill comes about a week after the Supreme Court unanimously ruled the NCAA cannot limit education-related benefits — such as paid internships and graduate scholarships — that colleges can offer to athletes. The case does not decide whether athletes can be paid. Under the current NCAA rules, students cannot be paid, and scholarship money is capped at the cost of attending the school.