Senate Republicans have fled the Capitol to avoid a vote on a measure intended to reduce fossil fuel emissions through a cap on carbon. 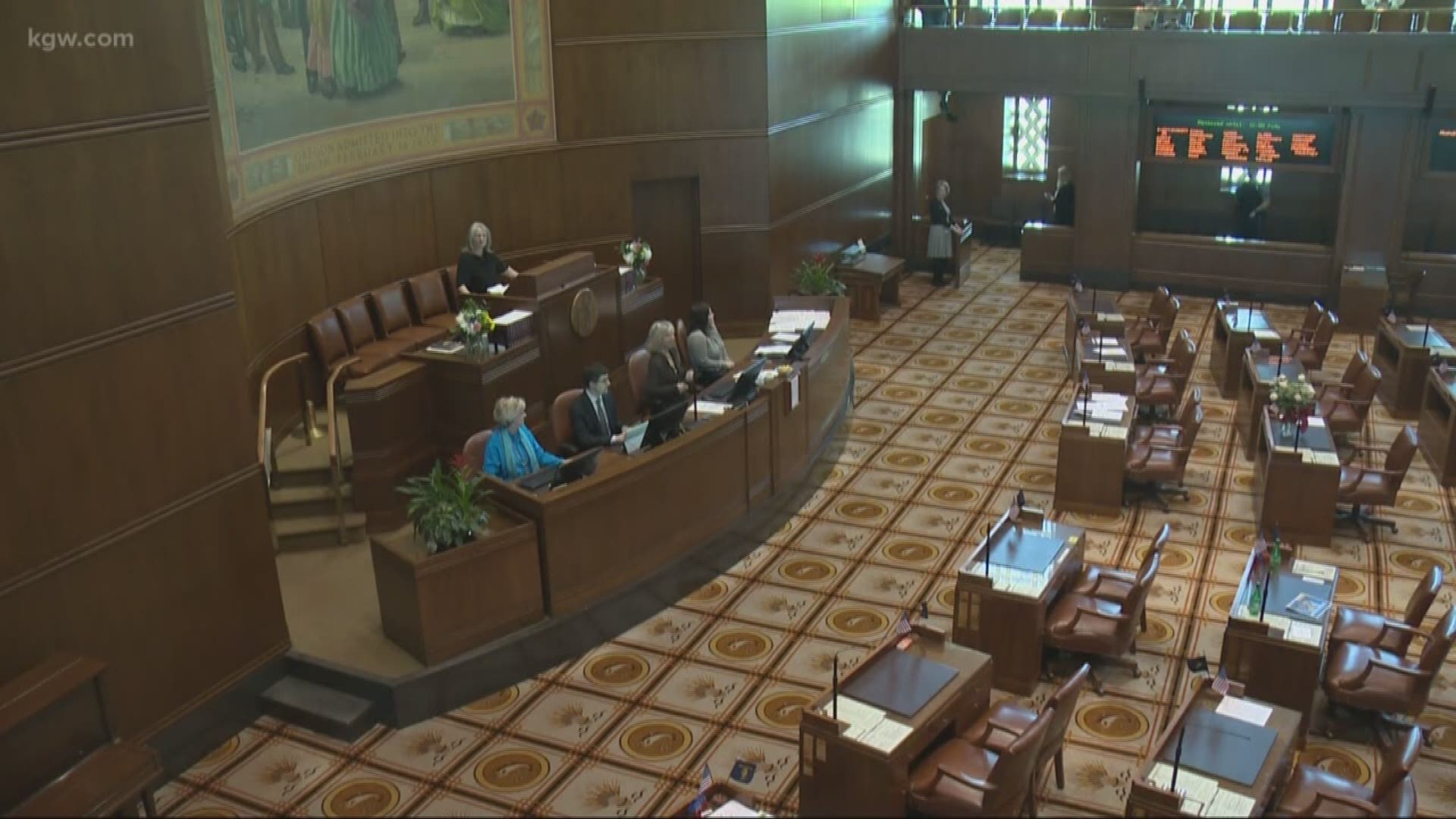 She said in an interview with The Associated Press on Monday that the Senate Republican leader must return to the building — or at least the state — if he wants to negotiate.

Senate Republicans have fled the Capitol to avoid a vote on a measure intended to reduce fossil fuel emissions through a cap on carbon.

Minority Republicans say they didn't have a voice in crafting the legislation and that voters should approve the final measure.

Brown says voters already approved climate policy by electing a Democratic supermajority in the Legislature. She called the claim that Republicans weren't involved in the process "hogwash."

RELATED: 'They deserted Oregonians': Protest calling for GOP senators to return to Salem planned for Tuesday

With all of the senate Republicans gone, 140 bills are frozen. Thirty-four of those bills deal with budgets.

“That’s a lot of bills that are important to a lot of people across this state,” she said.

KGW asked House Republican leader Carl Wilson whether his party is concerned about all the bills that could die.

"Well, yeah, I think we're all concerned about that. I think the Democrats ought to really be concerned about that because they're, after all, running the show and all they have to do again say to the Republicans, 'Okay, we'll let the people decide,'" said Wilson.

"In general, as any parent knows, responding to temper tantrums doesn’t necessarily play out well in the long term. And this feels a lot like a temper tantrum to me," said Steiner Hayward.