Brown also said workers who think their companies are not allowing them to keep personal distance at work should call the Bureau of Labor and Industries. 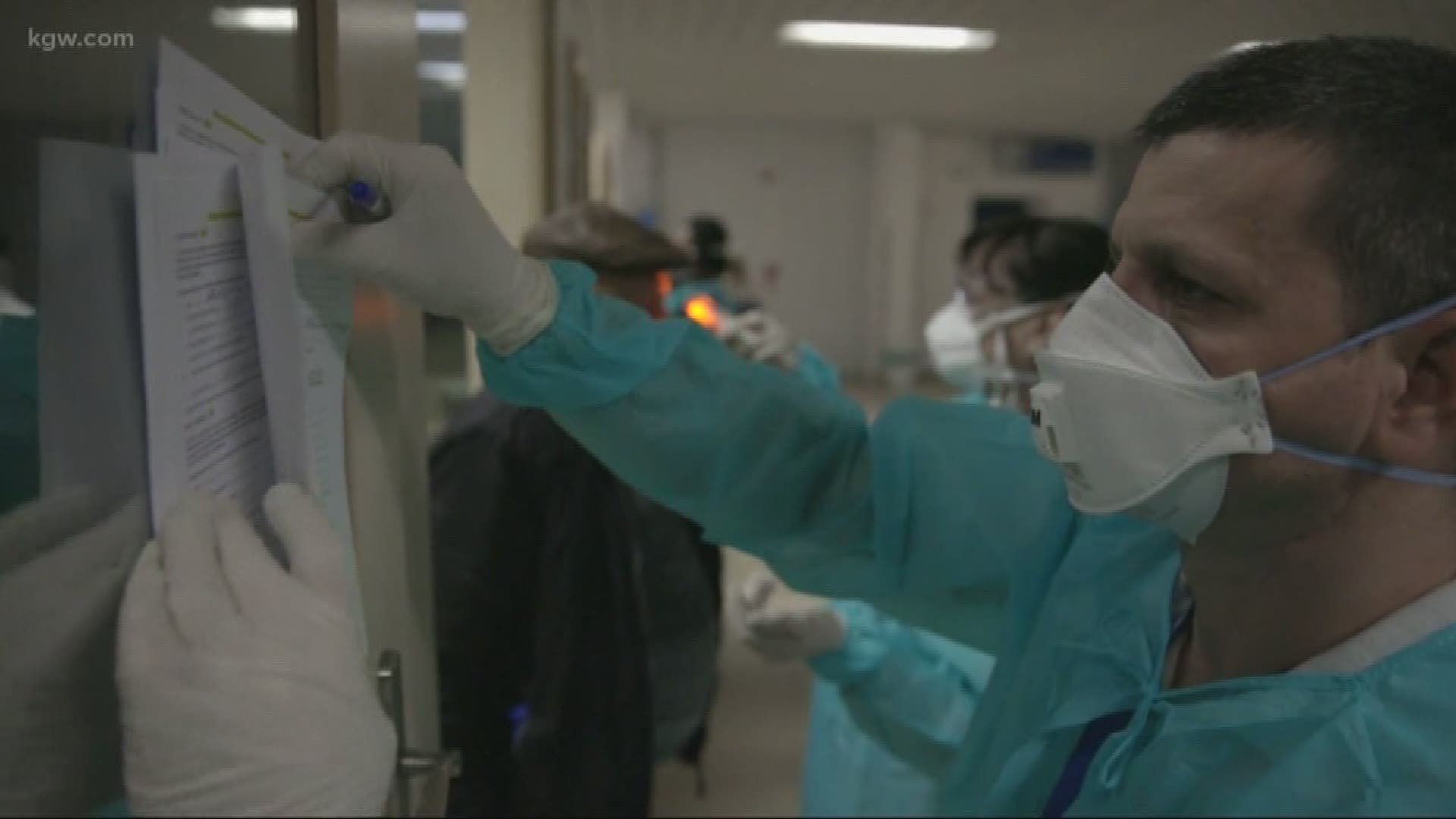 PORTLAND, Ore. — Oregon Governor Kate Brown blasted the federal government for what she said was a block on private companies that want to make personal protective gear.

She said the feds need to protect those companies from lawsuits.

"We need liability protection and we need to make sure that the federal government takes action today,” said Brown.

The governor also said employees who think their companies are not allowing them to keep personal distance at work should call the Bureau of Labor and Industries to file a complaint.

RELATED: Who do I call if my workplace is violating Gov. Brown's stay home order?

And she had a message for the companies where it is impossible to keep workers six feet apart.

“Then those businesses should shut down,” Brown said.

The governor also said testing is ramping up all over Oregon and we should expect a lot more positive tests soon.

"We're watching the modeling data really, really closely. I think the challenge is, as we are ramping up testing capacity – and there will roughly be an additional thousand tests per day -- over the next few days. We're going to see obviously – more COVID-19 positive tests."

There are 688 ventilators in the state. It’s a critical number because the worst-case scenarios predict that there will not be nearly enough for the expected patient load from COVID-19. But so far, there are plenty.

The governor also announced that Oregon will push back the state tax filing deadline to July 15. It will now line up with the federal government's delay.

RELATED: Oregon pushes back deadline for state taxes to July 15