Launching on Sunday, the new Nytch app will let Goodwill shoppers see photos of what's in stock, pay from the app and pick up in-store. 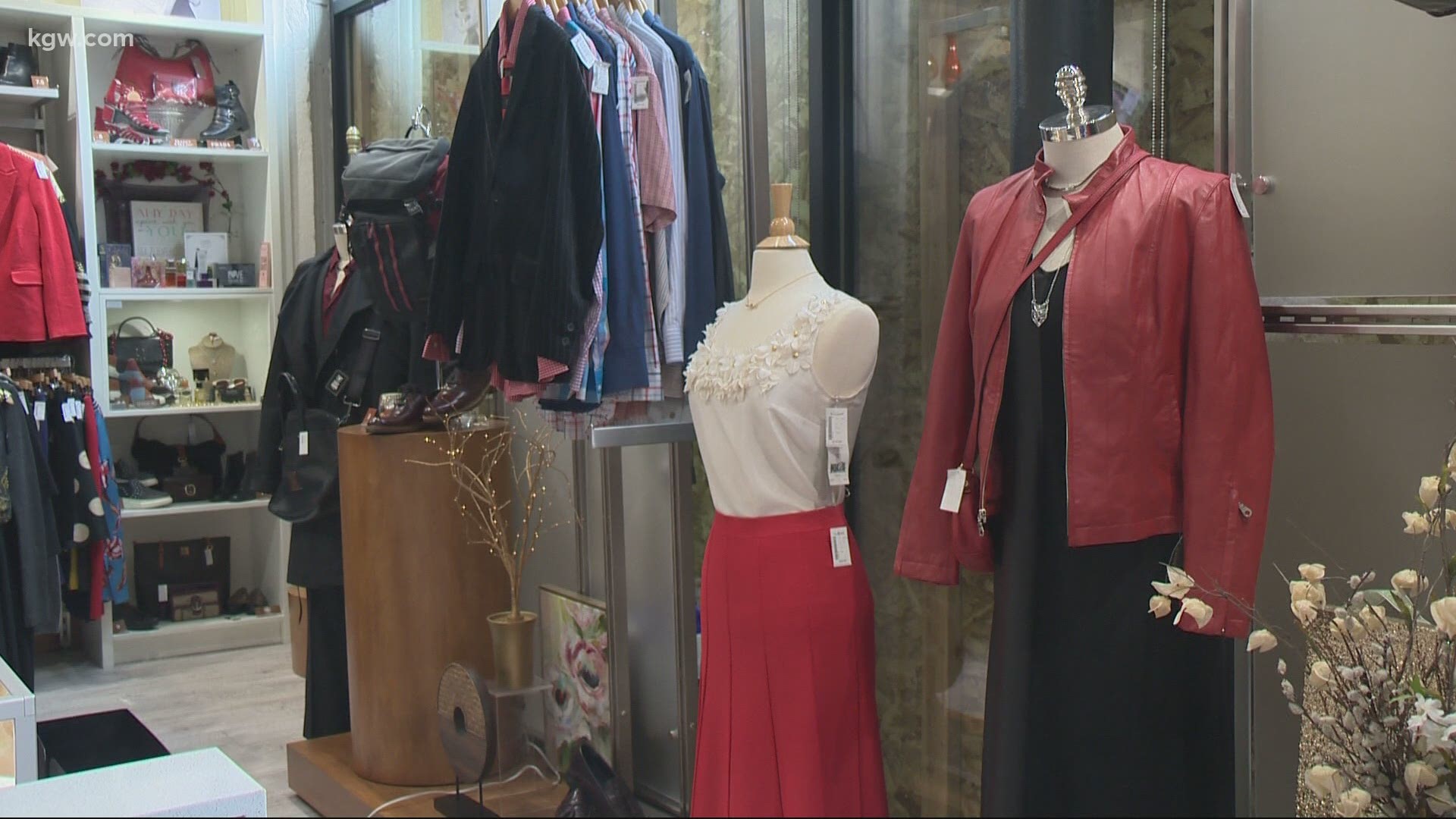 PORTLAND, Ore. — When you think "boutique," you may think apparel and accessories, but do you think of Goodwill?

There are only four of them in this area, and they’re rather special,” said Dale Emanuel, spokesperson for Goodwill Industries of the Columbia Willamette.

Believe it or not, those four Goodwill Boutique stores can be found in Newport, Lake Oswego, Hood River and downtown Portland on 10th Avenue. They all have a smaller footprint, but the shoe still fits.

“A Goodwill boutique is a place for the luxury shopper to come, who loves good-looking stuff, designer wear, but they don't like the price tag, and they still want to help the environment,” Emanuel said.

Goodwill is launching something new for the boutique stores on Valentine’s Day. Emanuel calls it "love on the cheap."

“We're a 93-year-old charity, so to have an app is really cool for us. It is unique and it starts on Valentine's Day.”

The app is called Nytch, and Goodwill will be added to the shopping service this weekend. Customers will be able to shop virtually, ask questions to staff, see pictures of what's in stock, pay and even pick up in-store.

Shopper Rowena Macalanda was looking for winter gear. “I think that would be kind of cool to be able to connect that way, and virtually, or as an app, and then to be able to have other options,” she said.

"It's a really fun way to make shopping easier,” Emanuel said. “And I have to say, we really need easy right now. It's been kind of rough.”

The higher-end inventory comes in just like every other donation. Once identified, it’s sorted and sent out to the boutique stores for shoppers to give old items new life. Staff hopes the Nytch app will remind people they’re open, and there’s plenty to find.

“You're not only walking out with something quite nice,” said Emanuel. “You're helping somebody find their stability, find their pride and find that paycheck.”

RELATED: Virtual volunteering easing the strain on heavy need during the pandemic