According to the Oregon Department of Energy, in 2010 there were 148 electric vehicles registered in Oregon. By 2020 there were nearly 32,000. 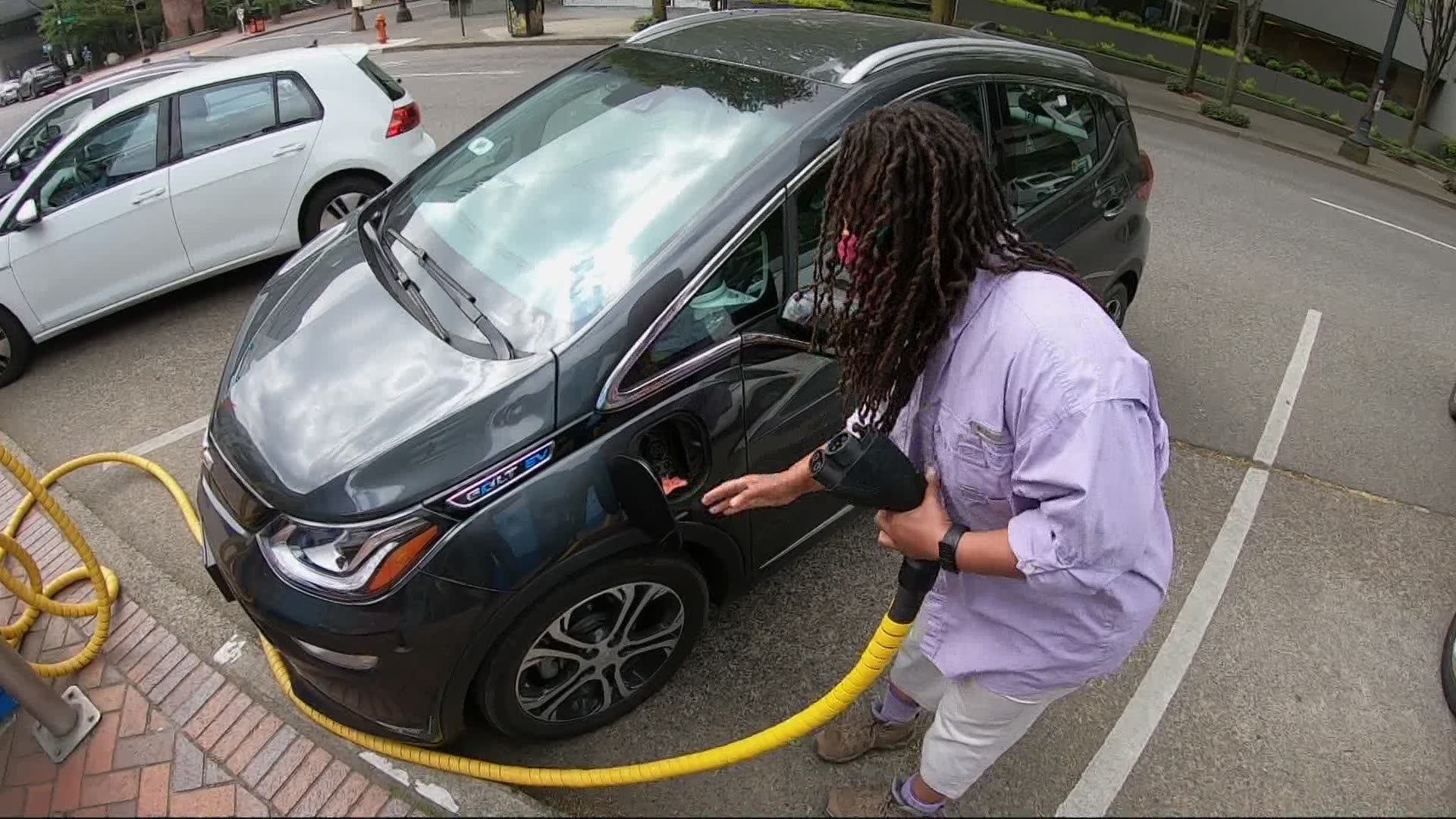 Ten years ago, there were two models of electric vehicles to choose from. Today there are dozens and they are merging into society faster than many even expected.

Courtney McRae-Alston makes a living driving. She drives rideshare for Lyft and drives deliveries for Amazon and Instacart. Her mode of transportation is a Chevy Volt.

More than that, the electric vehicle uses zero gas which translates to big savings.

Courtney made the choice to go electric two and a half years ago.

She bought a used car for $25,000 and saved about that amount in just over a year.

"Switching to an electric vehicle is one of the best things you can do for the environment, for climate change." said Jeff Allen, executive director for Forth Mobility. The organization advocates for electric and smart transportation. "In the Northwest, it's the equivalent of driving a car that gets over a hundred miles per gallon."

EV use in the last decade has grown exponentially.

According to the Oregon Department of Energy, in 2010 there were 148 electric vehicles registered in Oregon. By 2020 there were nearly 32,000 zero-emission vehicles on the road.

"Nationwide, in February, electric car sales were double what they were last February and nearly 4% of all cars sold in the country which is pretty remarkable growth," said Allen.

Unlike years ago when the cost of getting an EV may have been a deterrent, nowadays, it's much more attainable. EV prices are going down as the cost of battery manufacturing decreases and production is scaled up.

"At the federal level there's a $7,500 tax credit available on most models and at the state level in Oregon we have a rebate of up to $5,000," said Allen.

The bottom line, EVs are only going to get more popular and more affordable.

"I love talking about driving an EV because I think that it's such a benefit to so many people," said McRae-Alston. "I think that it really is the future."