Several people reached out to KGW saying many people in the stores are not keeping their distance from others. 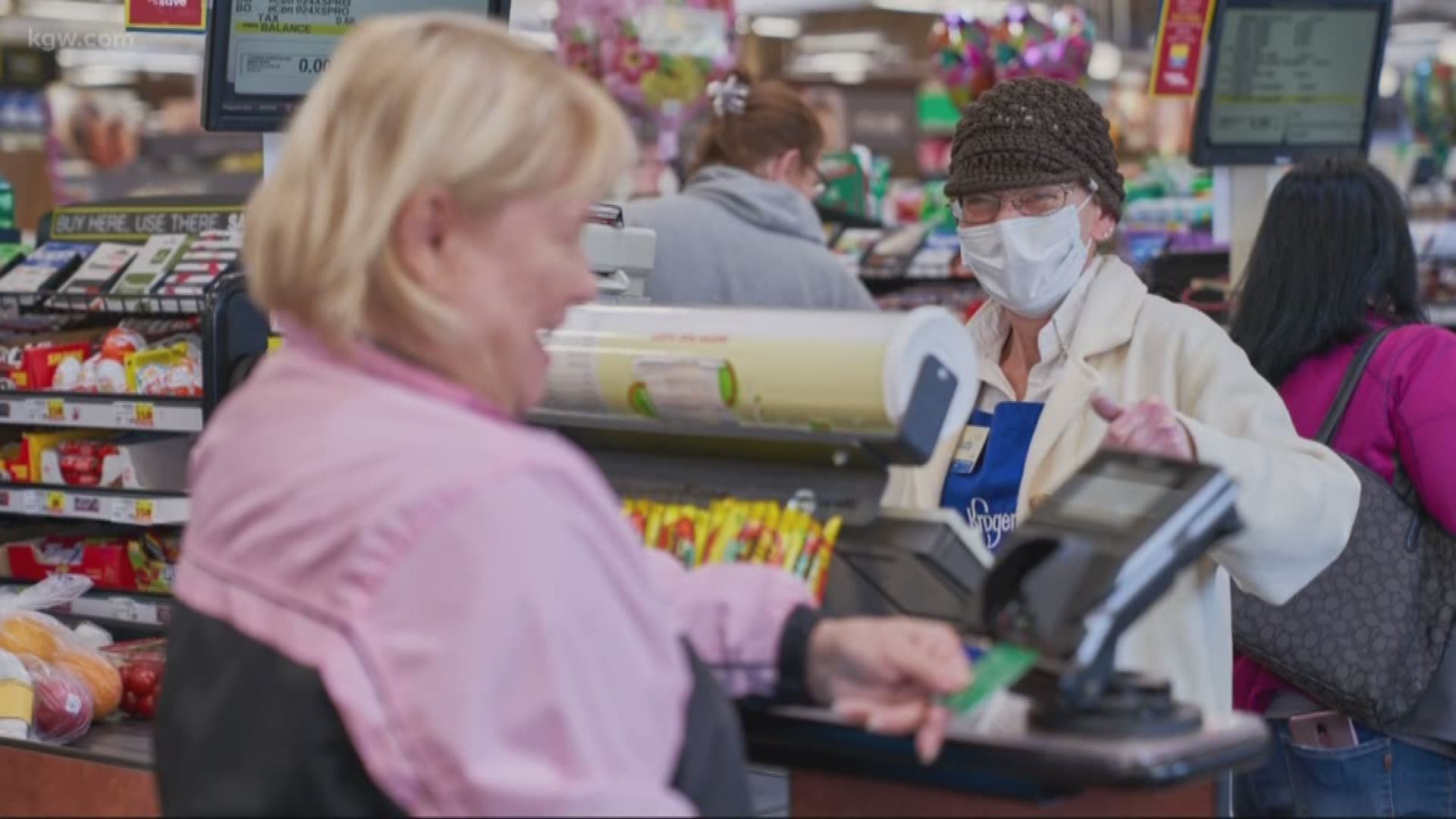 PORTLAND, Ore. — Many stores now have a "senior hour" when the most vulnerable adults can shop to reduce their risk of exposure to COVID-19. However, several people reached out to KGW saying many people in the stores are not practicing social distancing. Others said people who are not seniors are using the hour to stock up.

"Ok, so my husband is older and he has heart disease and he actually hasn't even been anywhere literally off our property in 10 days and he said, look, they've got a senior hour, I can help you grocery shop, it'll work out fine, you know, because it's just for seniors so it shouldn't be too crowded, I'm sure people in my age group are as worried as I am," explained Lisa Wilson, who went grocery shopping with her husband during senior hour Tuesday morning.

Wilson and her husband were hoping senior hour at the grocery store would be less crowded and that people would be more careful about staying six feet from one another. However, she said that is not what they experienced at the Wilsonville Fred Meyer store Tuesday morning.

"They didn't limit how many people went in, it was a nightmare, I mean we literally couldn't wait to get back out of there because it was like, ok, this is not what we were hoping for, to be able to get groceries, not be exposed," Wilson said.

Wilson also said many shoppers were not practicing social distancing in the store.

Fred Meyer said it is adding more signage to remind people to stay six feet from each other in checkout lines and at other counters, but did not say anything about limiting the number of people inside.

New Seasons, on the other hand, is limiting the number of people in the store.

Both stores are also installing plexiglass partitions at many cash registers to protect employees.

KGW also spoke to a woman in her 70s who went to the Pearl District Safeway during senior hour Tuesday. She said it was packed with younger people stocking up on things like toilet paper.

A spokesperson for Safeway and Albertson's released a statement saying, “These special hours are for seniors as well as those who are medically vulnerable. We are not asking for proof of this vulnerability, nor age, at our front doors. We are politely asking our shoppers to help us help our communities with this special request for their most at-risk neighbors, and hoping they take our lead.”

Next time you go shopping, try to remember people like Wilson and her husband and practice social distancing as much as possible.

"Now he’s just scared to death, you know, so I don’t know what we’re going to do," Wilson said. "I’ve been trying to do most of the shopping, but again, if I’m exposed so is he, you know we live in the same home. So, it’s really scary no matter what even if I go do it. Yeah, I’m at less risk cause I’m not as old as him, I don’t have heart disease, but this whole thing is really scary and I don’t understand why people aren’t taking it more seriously. I just don’t get the lack of understanding."