An anonymous donor fully funded a campaign to get Raelyn Miller-Ramirez a low vision magnifying device. On Thursday, it was delivered to her door. 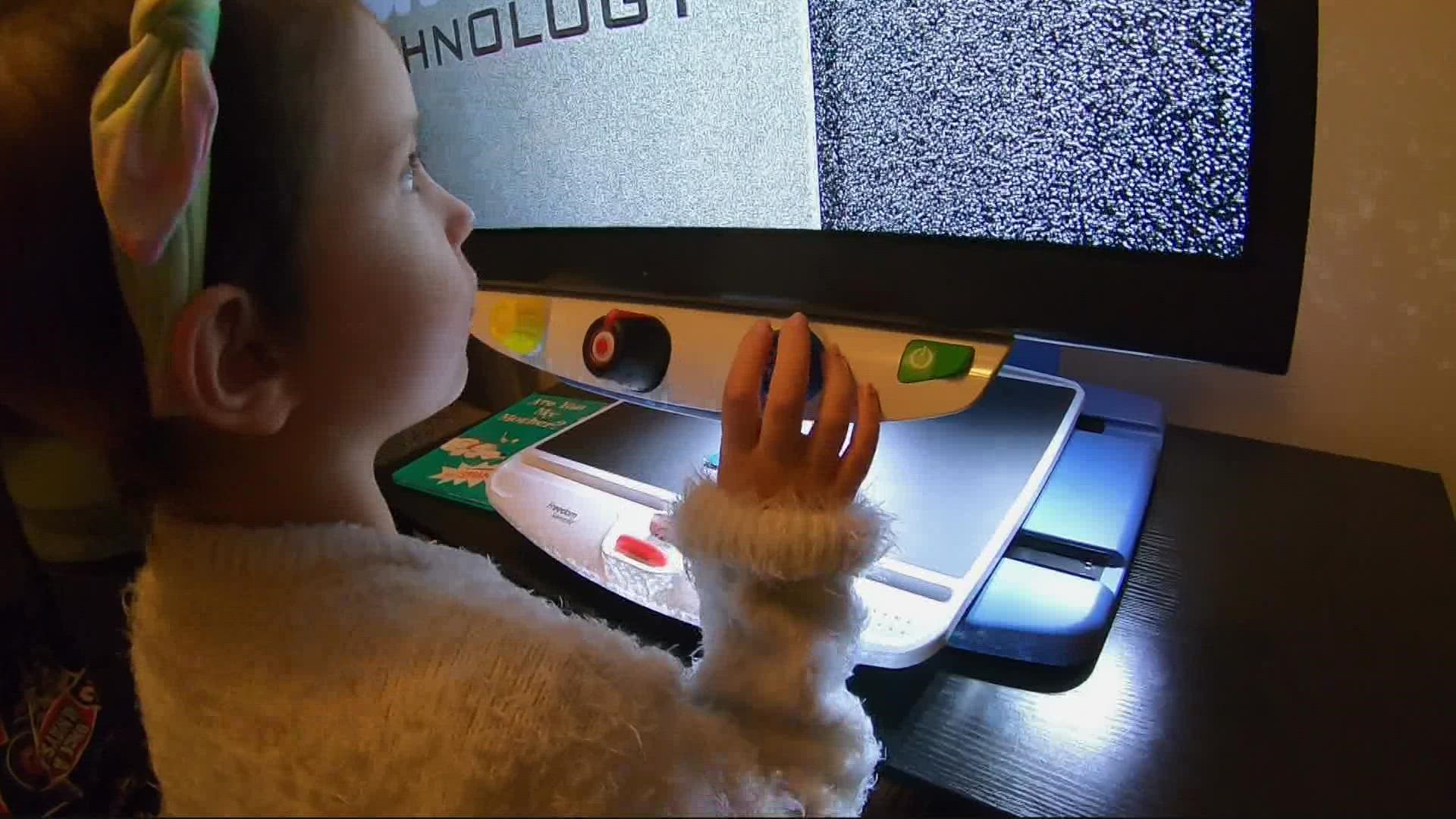 PORTLAND, Ore. — In August 2020, Chantel Miller noticed that her daughter was acting different. Raelyn wasn't interested in the same things as she once was, and as a mom, Miller started to worry.

Once Raelyn started to stumble and lose her balance, Miller took her to the doctor. A couple times she was told it was vertigo but Miller suspected it was something more. On a particularly scary evening early September, she took her daughter to the emergency room.

They soon learned it was brain cancer.

"The doctor came in and sat down and said, 'You're not going home.' They admitted us immediately to the PICU and two days later, they did the surgery to remove her brain tumor that was at the base of her cerebellum," Miller said. "[The tumor] was blocking her spinal fluid from traveling back and forth and that was causing her balance to be off. That was causing her brain to swell, which crushed her optic nerve that made her lose her vision."

After long hospital stays and too many treatments to count, 7-year-old Raelyn has no evidence of the disease, but she is now almost totally blind.

"We have our struggle days where things are hard and she gets frustrated because she just wants to see again, but all we can do is put things in front of her to help her," Miller said.

One of those tools arrived on Thursday to their home in Southeast Portland: a low vision magnifying device. It's now set up in Raelyn's room and will help her see some of the time, so she can read, draw, and write. The device can also scan and read back to her, everything from pages of books to handwritten letters.

"Her vision range is only about 6 inches from her face," Miller said. "So that's why the magnification is so incredible, because closer to her face, with the bigger letters, she can see it."

All this was made possible by Campaign One at a Time, a nonprofit with the mission of ensuring no child battling severe illness feels alone. They reached out to Miller and her family directly and before a campaign even launched, an anonymous donor paid for the machine in full. Any additional money raised will be paid forward to another family in need.

"She's my hero," Miller said of her daughter. "I don't even know how to put it in words how proud of her I am. Every day she just keeps going."

Raelyn will still have to learn how to navigate the world with her visual impairment. She's already learned the braille alphabet. But the gift of this magnifying device is part of her way forward, to the eventual goal of independence and a full life.

"She's going to go places and she's going to make the world a better place," Miller said. "We're going to find it. This is going to help her tremendously."