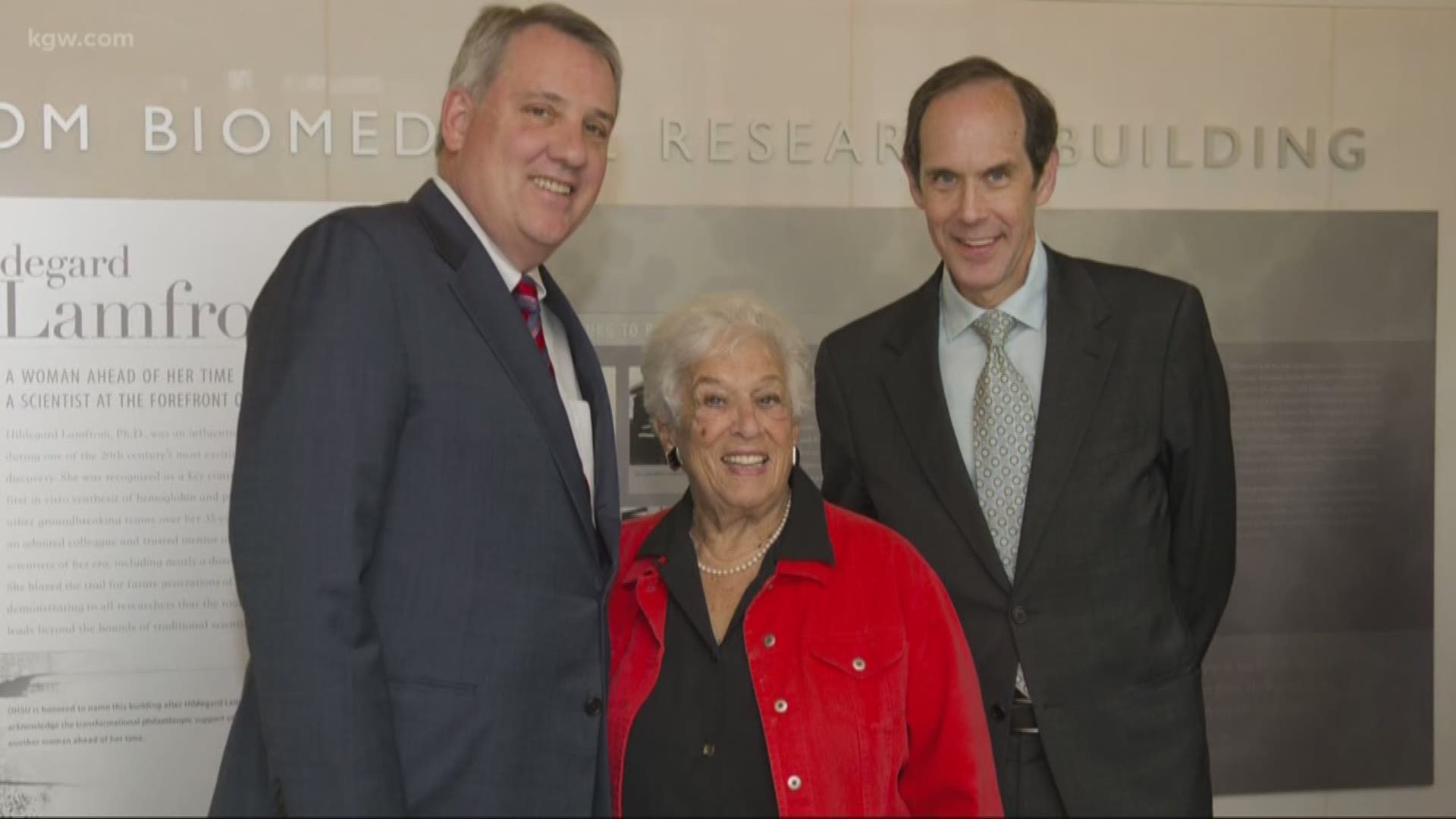 PORTLAND, Ore. — The OHSU Knight Cancer Institute says it is closer to finding a cure for cancer because of donations like Gert Boyle’s.

Boyle, who died on Sunday at age 95, donated $100 million to the institute in 2014. Institute Director Brian Druker said her donation helped hire hundreds of people.

“We have now hired close to 750 people over the past five years to work on the cancer problem thanks to the generosity of people like Gert Boyle and everybody else throughout the state,” Druker explained.

Druker said they have hired researchers who are now working on things like early cancer detection, better treatment options for advanced cancers, and drugs that help prolong someone's life when they are diagnosed with cancer.

“When you look at five year survival rates for other cancers like melanoma and breast cancer, we're seeing significant improvements,” Druker said. “We know we have a long ways to go, but we're making progress every single day and we won't ever forget the legacy that Gert leaves to help us accelerate that progress.”

Druker said they have at least 100 scientists who are close to making some major breakthroughs to identify cancer in its earliest stages when it is the most curable.

“We are absolutely closer and one of the programs that we have ongoing here is identifying cancer earlier, that’s what we set out with the Knight Cancer Challenge to do, was to identify cancer before it’s too late,” Druker said. “When I think about cancer that’s spread, it’s almost like saying, let’s wait until it gets really bad and then treat it. Why aren’t we identifying it earlier when we know it’s more curable?”

Researchers are also currently working on a number of technologies that would allow them to use a blood sample to tell if someone has cancer and where it's coming from.

“We also have the ability to make a chip, so we can run a blood sample over the chip to identify markers in the blood that may tell us who might have cancer and where that cancer's coming from,” Druker said. “Those are some of the things we're working on right now and we're hoping to roll them out very soon."

Druker also hopes to one day get to a point where a cancer diagnosis is not as scary. He believes some of the technologies they are developing will eventually make that possible.

"The way I look at it is, think about infections,” Druker explained. “If you had an infection in 1900, that was a one to two week death sentence, and what happened over the course of the 1900s? We developed antibiotics, vaccines, chlorination of water, refrigeration, but people still die of infections, but we aren’t afraid of them. If you get pneumonia, you say, 'what antibiotic do I need to take?' And you’re cured. Even HIV which was once a death sentence, now people are living with it. So, I think people always die of cancer, but not at the rate they’re dying of it and they won’t be afraid of it. It will be, 'I’ve got cancer, what treatment do I need to take and then get on with my life?' That’s the way I think about it, much like an infection. It becomes, 'I’ve got cancer, no big deal, what do I need to do about it?' And, I think we can get there.”