'This is an institution': Geneva's Shear Perfection Salon & Barbershop closes after 30 years

The northeast Portland barbershop was a cornerstone in Portland's African American Community. 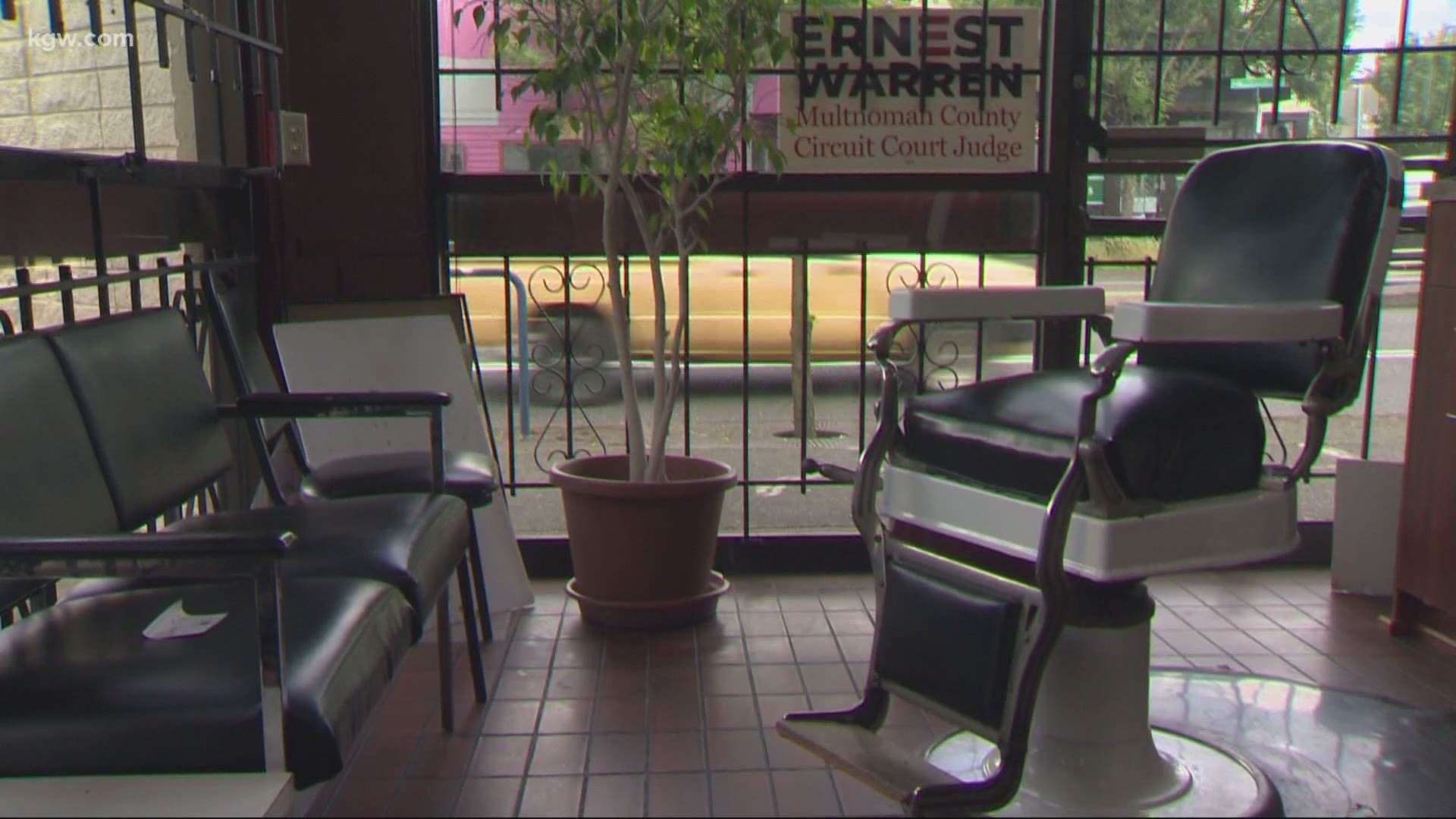 “This is an institution,” said co-owner Paul Knauls Jr. of the shop located on Northeast Martin Luther King Jr. Blvd. “This is a home for this community… you could come in here and not be judged by the outside world, especially for African Americans.”

Knauls said he and his family made the difficult decision to close based on retirement plans and concern over maintaining the health of staff and clients amidst COVID-19. He said while other salons and barber shops would certainly be up to the task, it’s not something they wanted to take on with their particular business model.

“We're a business that has over a 1,000 people come through these doors a month,” said Knauls. “Under the governor's new direction, it’s very hard to monitor that and keep that flowing safely so that's how we came to our decision.”

“My stepmother was the first African American female barber in Oregon,” said Knauls.

Over the years, the Knauls family welcomed three generations of customers into their shop.

“One of the best parts of my job was to start cutting young men's hair when they were 3-years-old,” said Knauls. “They come back and they're attorneys… they're airline pilots, they're fathers, they're husbands and then one day they come in with their children.”

“[Roundtree] said, ‘You like cigars, “Paul?’ And I said, ‘I smoke one about once a month,’” recalled Knauls. “He said, ‘I got a cigar for you outside when you finish my hair cut,’ and I said, ‘Okay, but I'm still gonna need some cash though,’ and we both just busted out laughing!”

Looking ahead, Knauls said his family would not sell the building. Instead, they plan to lease it to a young man with business plans which will be shared in the near future.

“He'll do some incredible things in this building and the community will embrace him,” said Knauls. “It was very important to us to make sure that Geneva's was not gentrified.”

As for Paul Knauls Sr., the 89-year-old affectionately dubbed the mayor of northeast Portland—"He has engagements to be at, and babies to hold”—shared Knauls Jr. with a chuckle. He said his whole family is grateful for the memories, the stories and most of all for everyone who walked through their doors over three decades.

“The thing I will most is the people that made this place.”

WATCH: Brenda gets a cut at Earl's Barbershop