"We’re fighting all sorts of issues we never expected to have to deal with," said the acting mayor of Gates. 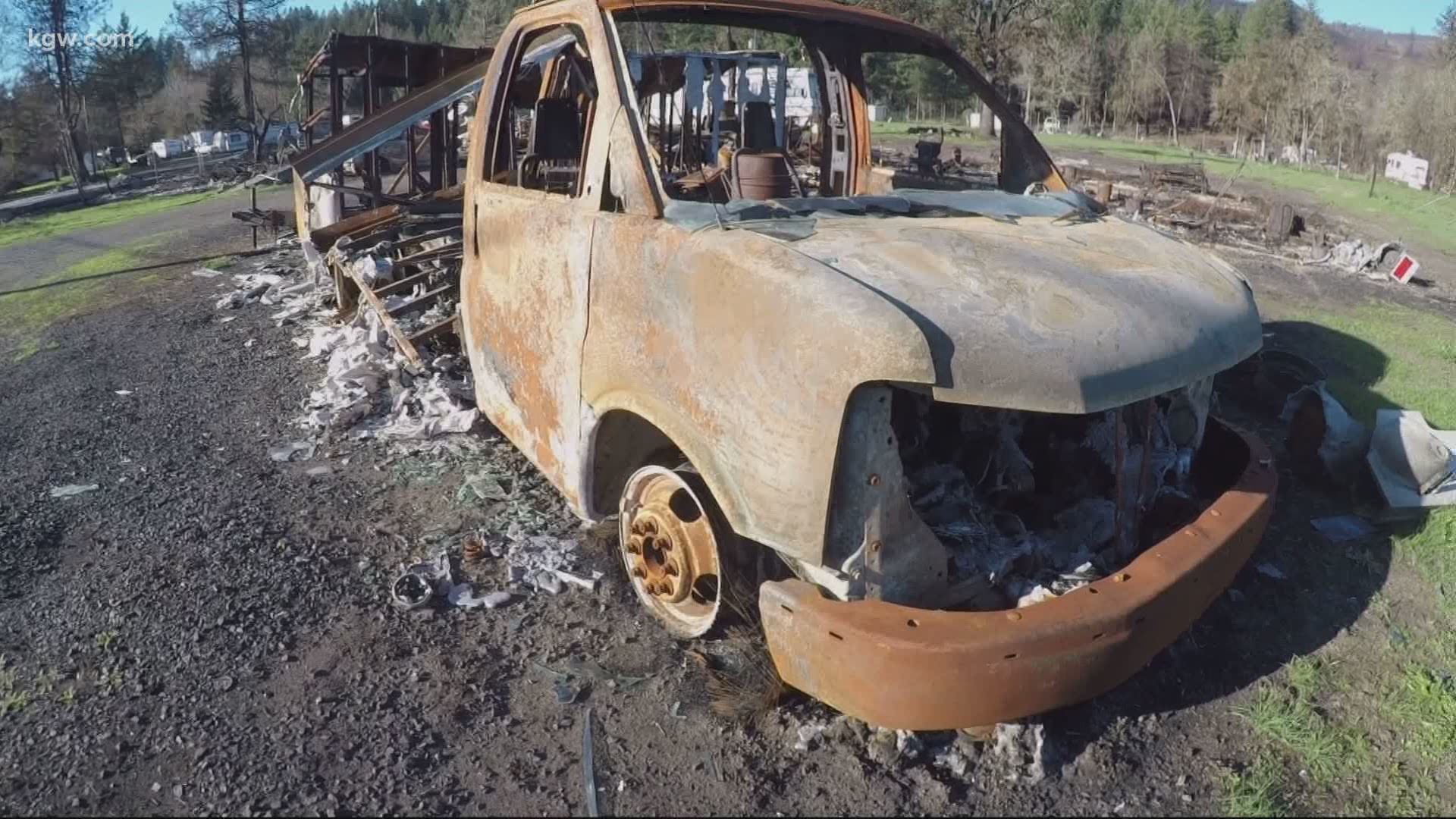 Like other cities off Highway 22, the City of Gates is encountering challenges as the people there clean up debris from the fire.

A couple months later, and there are piles of charred rubble still visible. People with homes in Gates still have a lot of work ahead of them.

“Community of Gates is devastated. We’re a very impoverished community as it is and to have this happen on top of COVID is just one of the most devastating events we could ever experience,” said McCormick.

Now, the way forward is hard and slow going.

“Government seems to be slow as molasses,” he said.

“We’re fighting all sorts of issues we never expected to have to deal with like permits, inspections. The cleanup is a huge mess and it’s taking far longer than we expected,” McCormick said.

One of the many issues people are facing includes finding places to dump the toxic debris.

“There are a number of sites but the level of debris was too much. So it’s taken them weeks just to figure out where we can take it,” said McCormick. “Oregon was not at all prepared for a disaster of this magnitude or this type.”

Other issues include zoning. McCormick said homes were built on small lots that were grandfathered in. Current rules would not allow new homes to be built on those small lots.

In addition, he said there are issues involving fire damage to septic systems and now he’s also thinking about how the city will run.

“We don’t have much of a budget. Most of it comes from our water plant. But if we have half of our people gone that’s half of our budget gone. So, we have a find a way to do that,” said McCormick.

Then there are the families that haven’t been able to stay in the area and are scattered all over. Gates is a small community and McCormick said there’s nothing to rent and no other housing in the area.

"FEMA is going to be bringing up trailers, but it hasn’t happened yet,” he said.

Even with that plan, McCormick is worried the trailers will be located in the bigger cities.

For now, he is staying with his in-laws.

“I am currently temporarily living on a floor in my in-laws place down in Aumsville,” said McCormick.

He said he knows the situation is going to get worse, not better for some time. McCormick said there will be dark days ahead, so Gates and other communities in the canyon will need help.

He said he and roughly 50-70 other people have formed a team focused on rebuilding Gates and other communities in the canyon. They’ve already had a few meetings to brainstorm ways to handle the situation.

“We would like to get the entire Santiam Canyon community involved so that we can help everyone. Because we know if we can work as a team, we can be far more successful than if we’re working alone.”

He said at this point, Gates is getting help from FEMA, but it’s not enough.

McCormick also said if anyone is in a fire-affected area, they should apply to get FEMA’s Disaster Assistance whether they think they need help or not because they may need some help later. The deadline to apply for help is November 16.