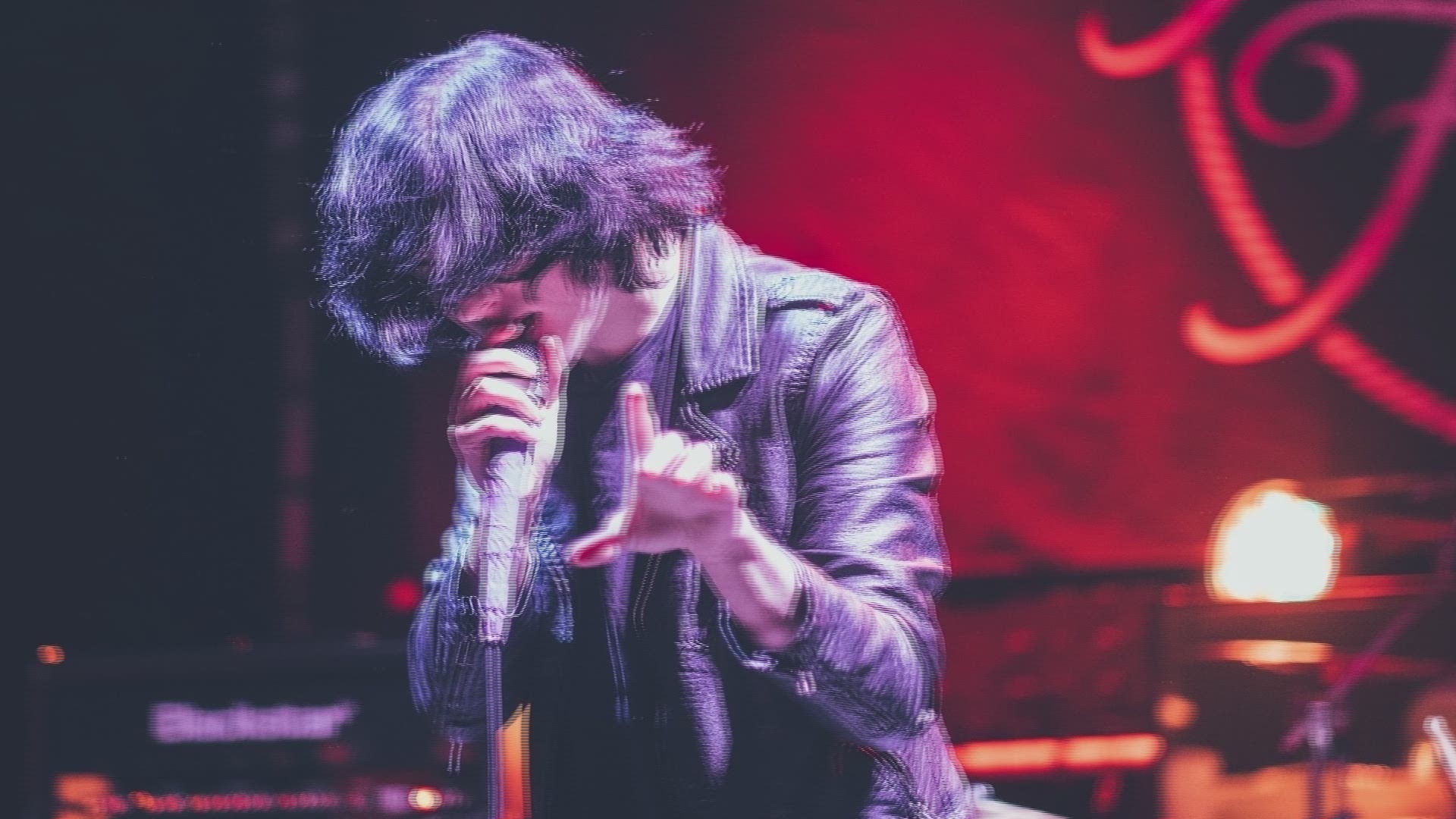 PORTLAND, Ore. — If you feel like Portland might have lost it's way, and you remember the days of our city being "fun-quirky" versus whatever you think it is now, there's an underground movement that two friends have brought to the Rose City, to "keep us weird," but bring back some community through film.

"We just kind of decided, 'Hey we should do this,' and within a week got a box, started painting it and got it ready," Mosher told KGW. "It started from our collections, but basically it's take a movie, give a movie."

The blue box with yellow stenciled "Free Blockbuster" is chained to a pole at Southeast 75th Avenue and Division Street, marking Portland as the 15th city on the freeblockbuster.org location map. It has its own Instagram account @FreeBlockbusterPdx.

"It's gotten me to talk to more people whether in the neighborhood or outside of. It gives us the ability to connect on things we're interested in," Mosher said.

Stephen Katulak, wearing a graphic T-shirt about VHS tapes, said Portland is obsessed with movie culture. The city has great independent theaters and film festivals and the day KGW visited the box, he showed us some of the offerings inside. A Boris Karloff black and white horror film, "Corridors of Blood," on VHS from 1958, a bunch of different Woody Allen films on both VHS and DVD, and a documentary about the rock band Pavement on DVD, among others.

"Every now and then I'm like, 'Wow, that's actually a rare film.' You know, there's something in there that I never would have expected or haven't seen out before," Katulak said.

Like the time someone put in six VHS copies of "Face/Off" with Nicolas Cage and John Travolta at one time. Or 12 BMX bike videos. You never know what you'll find or who still has a VCR.

Credit: FreeBlockbuster.org
A map of all the cities that have Free Blockbuster movie stands where community members can "take a movie, leave a movie". Portland is the 15th city.

"I don't know if it's nostalgia, part of it is you can't get a lot of this stuff anywhere else," Mosher said. "Back then, things went straight to videotape because it was cheaper. A lot of those aren't getting put on DVD because there's just not the interest in terms of a wide scale.".

And if you're in Northeast Portland, someone else has put one at Northeast 47th Avenue and Fremont Street in front of Red Sauce Pizza, with the Instagram handle @FreeBlockbusterNEPdx

Credit: Thomas Mosher
Mosher documented on their Instagram account the time someone donated 6 VHS copies of Face/Off to the Free Blockbuster movie library.

"Yeah this is very Portland. Like I said, I was surprised this didn't start here but I'm glad we were able to bring it in," Mosher said with a laugh.

Now, the only question that remains is, does Blockbuster Video approve of this? We know the only one left in the world is in Bend, Ore. According to the FreeBlockbuster.org website in their FAQ section: Q: Do you have permission to use this name and logo? Couldn't you get sued? A: We received a letter from Blockbuster LLC and have responded by requesting a license to continue using their trademarks.