Suspects in septuple murder in Alabama tracked down in Marion County

Deputies arrested John Legg and Frederic Rogers during a traffic stop in Stayton. 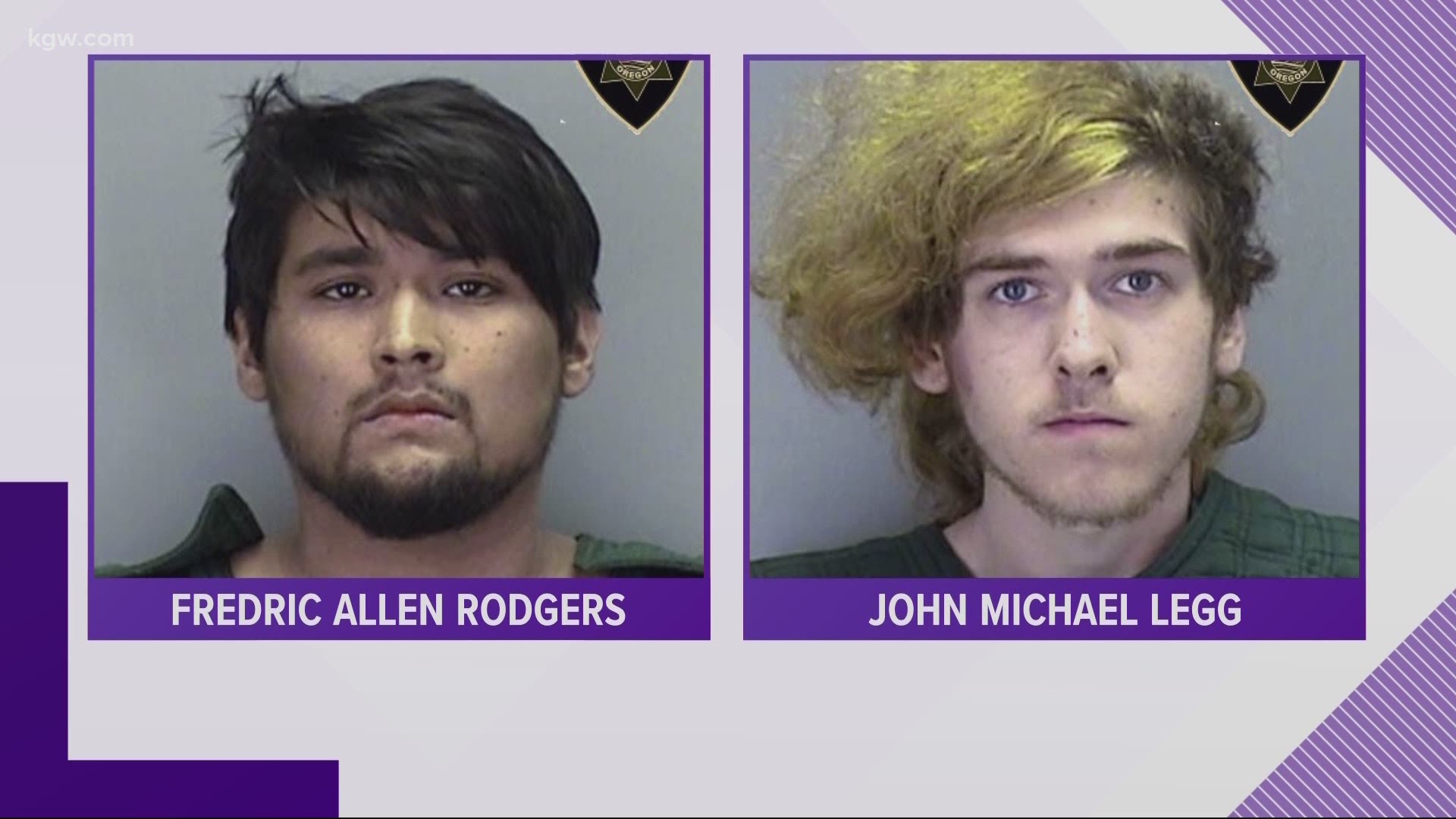 "It's kind of crazy to think those two people, who can do such a heinous crime, can be right here in our small town," said Stephanie Morton, who witnessed the arrests.

It was in a small town north of Birmingham, AL where investigators found seven people, one as young as 17, shot to death back in early June.

"This is without a doubt the most significant crime ever committed in the history of Morgan County," said district attorney Scott Anderson.

Authorities wanted to know why seven people were gunned down in cold blood. Investigators learned the two suspects, and three of the victims, were members of a club called the 'Seven Deadly Sins.'

"It was a very small group and we believe, based on the investigation, that they were doing away with the club," said Morgan County Sheriff Ron Puckett.

After the crime, Puckett says the suspects, John Legg and Frederic Rogers, drove more than 2,000 miles to the Salem area where Rogers has family.

"We were watching a house where we believe they were," said Puckett. "Yesterday (Sunday) there was a traffic stop performed by the sheriff's department there in Marion County and they were taken into custody without incident."

The arrests provided relief for so many people in the South and in Marion County where the suspects hid out for who knows how long.

"Who knows what could've happened in our small town," said Morton. "If they can do something like this so far away who's to say they wouldn't do it again here."

The suspects are in the Marion County Jail awaiting extradition.