The Northeast Portland store lost power due to the winter storm and had to use a backup generator. Some food, however, was not refrigerated and was deemed unsafe. 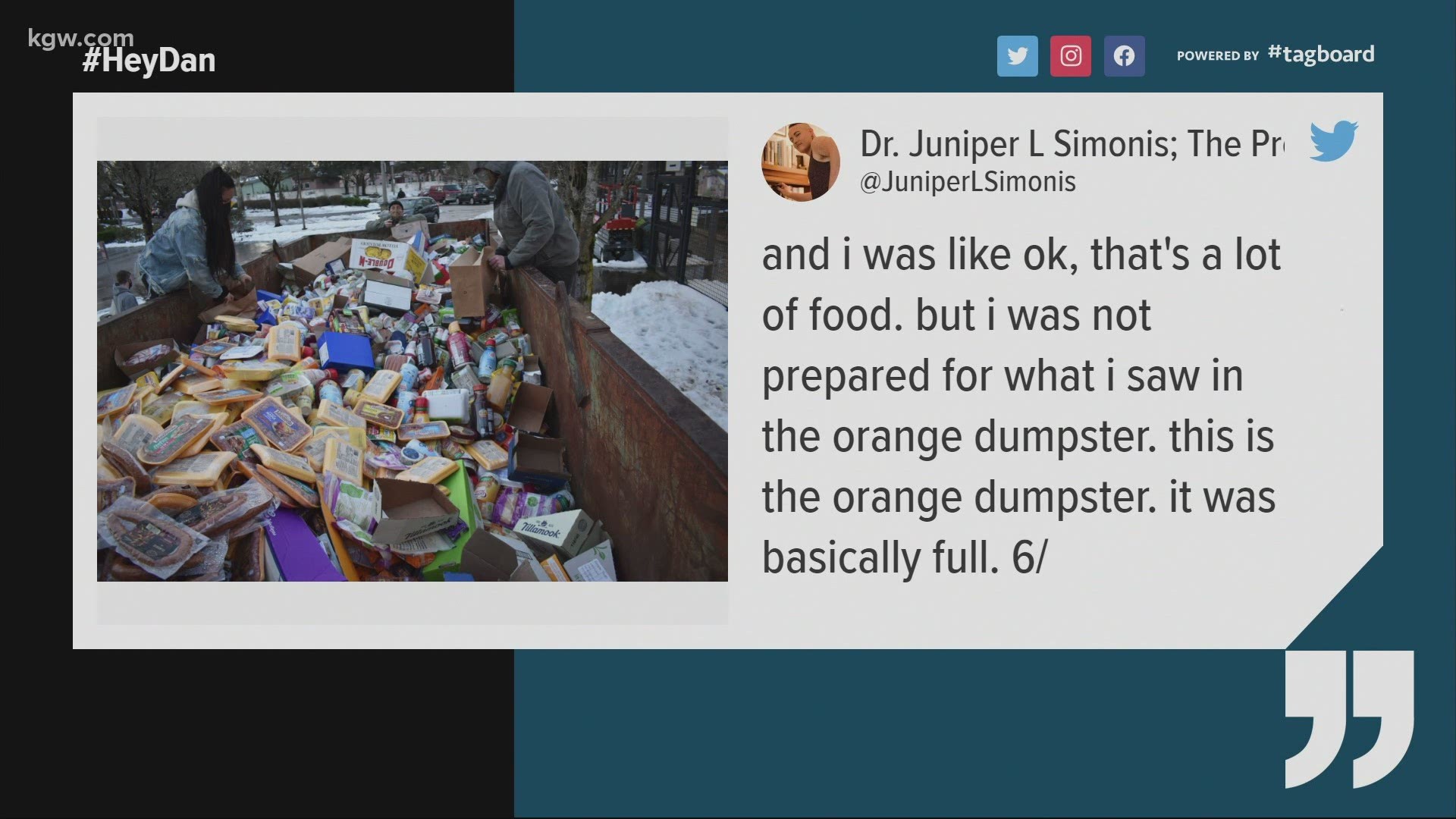 A company spokesperson told KGW that the Hollywood West Fred Meyer store lost power due to the winter storm and had to use a backup generator. Some food, however, was not refrigerated for long enough that it was deemed unsafe and had to be thrown out.

Employees called Portland police because they feared there might be a physical confrontation with the people trying to gather the spoiled food from the store dumpster. Officers arrived around 4:30 p.m. and told the crowd they needed to leave the store property. If not, they could be arrested for trespassing, police said.

Police estimated the crowd grew to about 50 people.

One Twitter use posted a photo of the dumpster and encouraged people to come and get the food inside it.

go snag some free food if you can get to the Hollywood Fred Meyer in Portland yall pic.twitter.com/Fv86mvNWrB

Officers did not make any arrests and did not use force, according to the Portland Police Bureau (PPB). Officers left the area around 6 p.m.

After police left, employees reported that the crowd moved back onto the property and threatened them. Police decided not to return to the store unless there was a threat of serious injury or lives were in danger.

A Fred Meyer spokesperson released a statement to KGW on Tuesday night. It read, in part:

We appreciate people speaking out against hunger. We get it, throwing away food is never a good thing. Unfortunately, some perishable food that requires refrigeration at our Hollywood store was out of temperature for a protracted period of time. This was due to a weather-related power outage and it is not safe for consumption. Out an abundance of caution, we are disposing of the product to keep people safe. We engaged law enforcement, as the safety of our associates and customers is always our top priority.