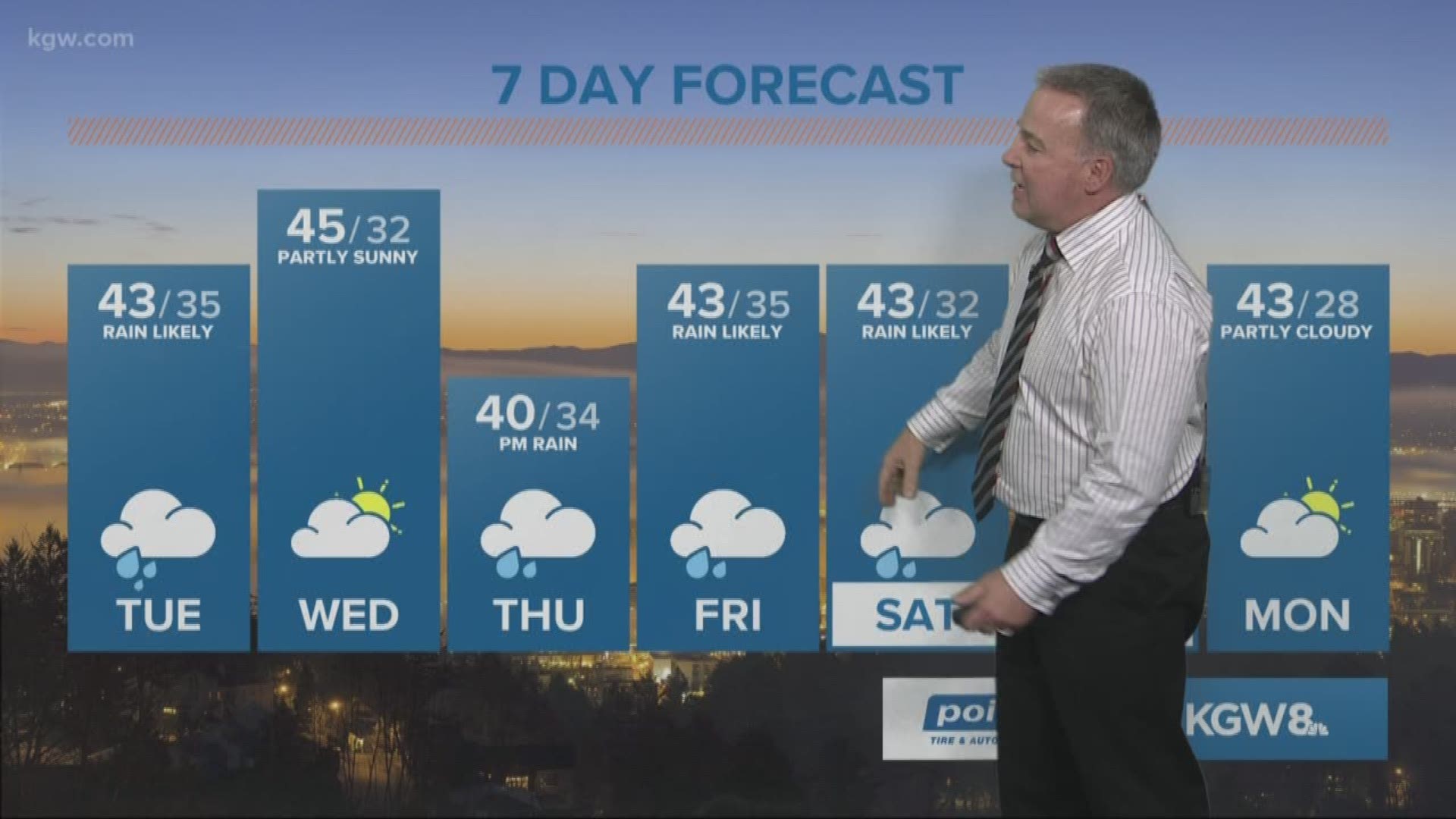 The Portland metro area is under a Flood Watch until late Tuesday night. 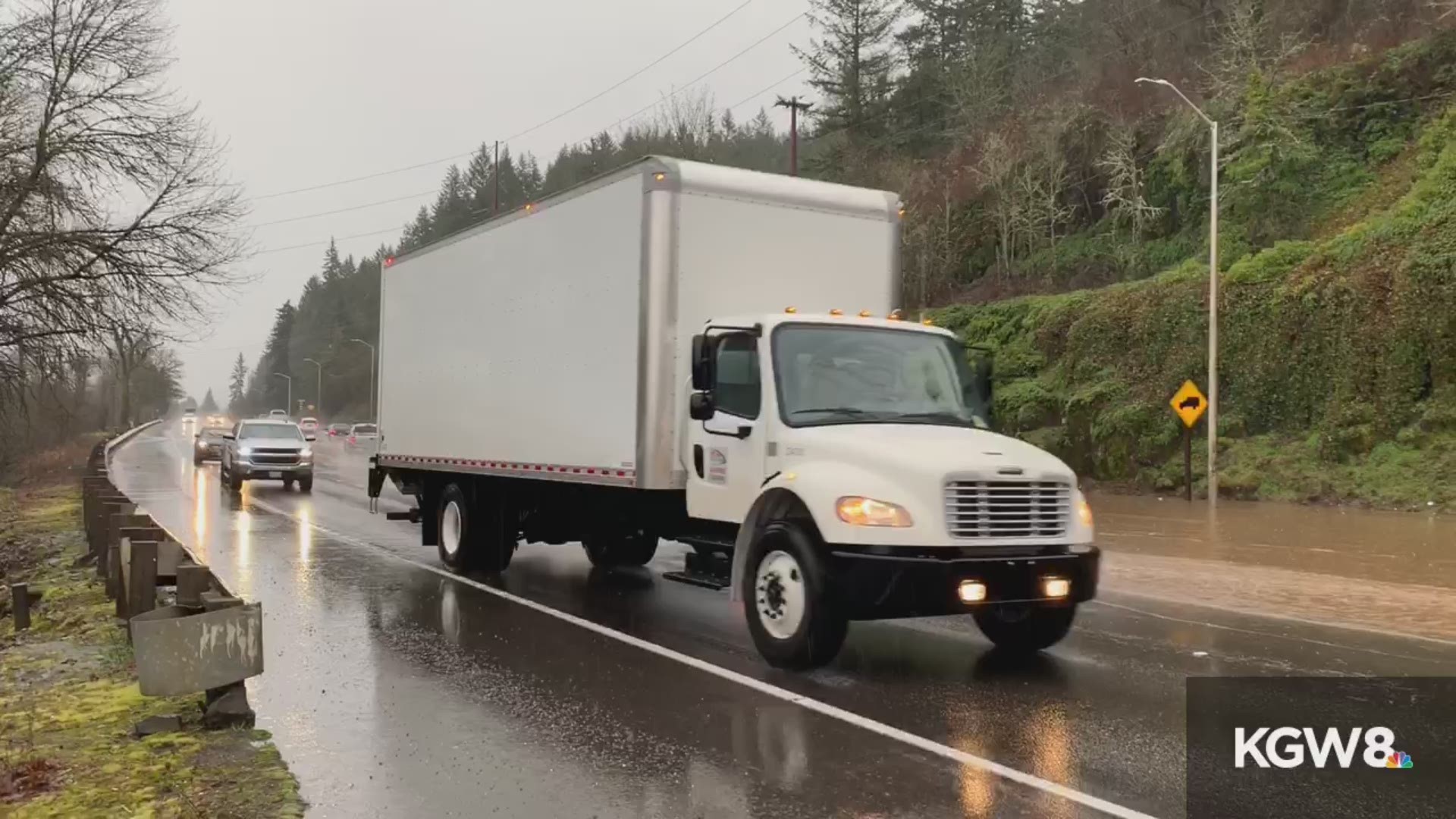 Bookmark this page for weather delays and closures!

Meanwhile, several schools in the Columbia River Gorge are closed again on Tuesday due to the snowy conditions.

The good news, Hill said, is Portland will hold above freezing Tuesday night and get a dry day Wednesday. The snowstorm will finally end for the gorge and mountains Tuesday night.

RELATED: More than 3 feet of snow could dump on Mount Hood

The Northwest Avalanche Center has issued an Avalanche Warning for Mount Hood that expires Tuesday at 6 p.m. Conditions are dangerous, even below the treeline, the center warns.

"A one-two punch of storm systems will impact the Mount Hood area through the end of the day on Monday, bringing high snow loading rates and tremendous wind transport to form deep slabs and wind drifts," the center reports. "Very dangerous avalanche conditions will develop from late Sunday night and increasing throughout the day on Monday."

Your photos: Snow in Oregon and Washington

Roads in the gorge were treacherous Monday. On eastbound Interstate 84, a fuel truck overturned shortly before 11 a.m. Monday, spilling diesel fuel on the road. Oregon State Police said the driver was going too fast in the snowy and icy conditions. Another crash on Monday night led to backups about 10 miles east of the Biggs Junction. 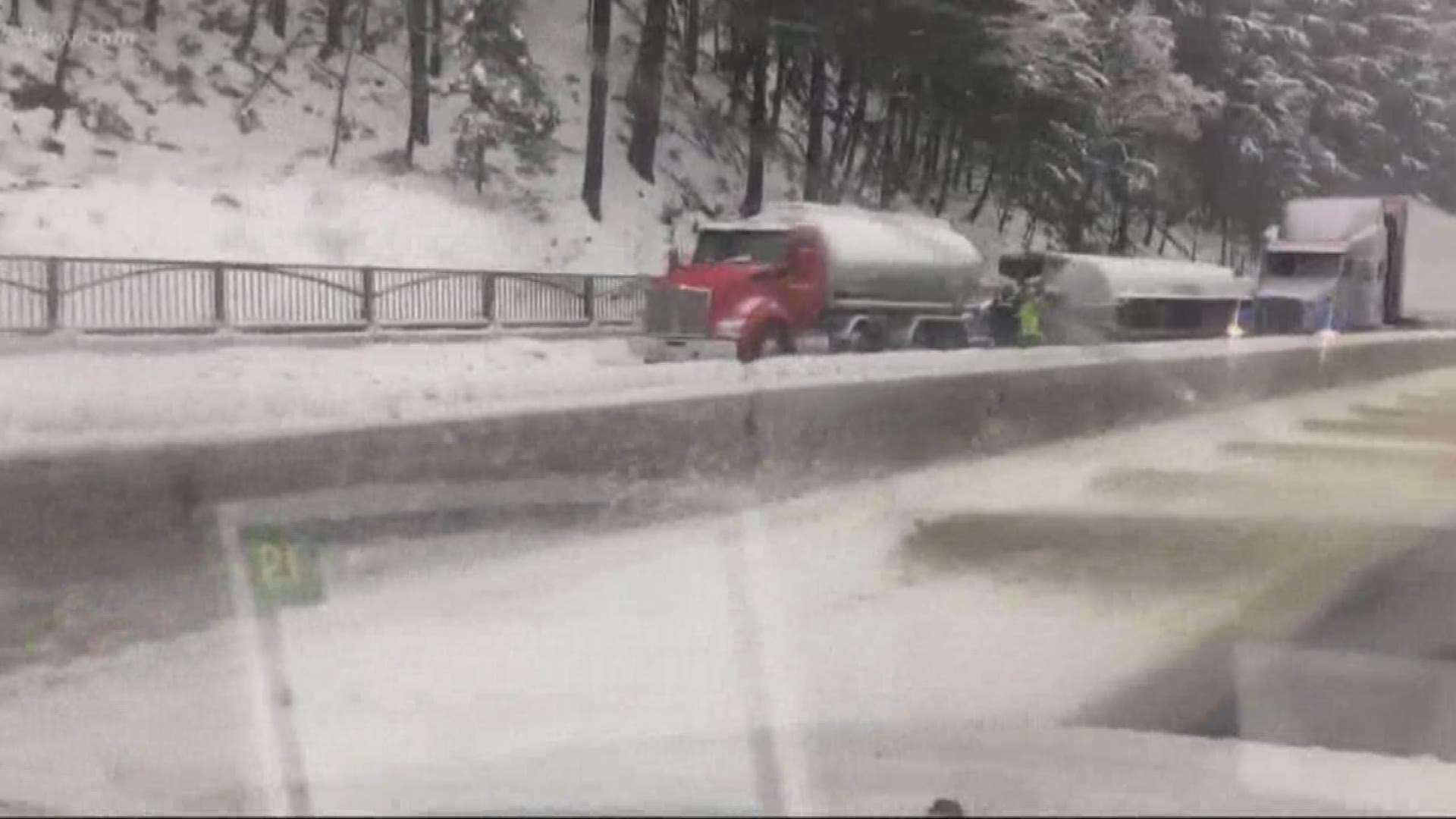 Snow fell in much of southwest Washington and northwest Oregon Friday night and Saturday morning, although snow totals varied widely across the region.

Heavy snow fell in Clark and Cowlitz counties in southwest Washington, where snowfall began late Friday afternoon. The National Weather Service said Longview got 7 inches of snow, Camas got 8 inches, and parts of Vancouver got 4 inches.

Watch: Sky 8 over the winter storm

Although the snow arrived later, east Multnomah County also got several inches. A foot of snow fell at Bonneville Dam and Gresham saw 6 inches, according to the National Weather Service. Four inches fell in Troutdale and parts of east Portland got 2-4 inches.

1 / 41
James
A beautiful morning after a night's snow. Send your photos to yourpics.kgw.com!

Downtown Portland got a trace to 2 inches of snow, which arrived early Saturday morning.

The metro area west and south of Portland, such as Lake Oswego, Beaverton and Hillsboro, didn't get more than a dusting. Areas west of Hillsboro, such as Forest Grove, got a few inches of snow.

How much did it snow in your neighborhood? Check here!

The National Weather Service said areas where warm, southerly winds were stronger got little to no snow, while areas closer to the cold, east winds got more.

Similarly to the disparity in snowfall, there was a significant difference in road conditions. Areas that received several inches of snow had icy roads Saturday morning, which led to numerous crashes. But roads in the metro area west of Portland were in good shape.

Credit: ODOT
Picture on the left shows dry roads on Highway 26 near Bethany. Picture on the right shows Interstate 205 at Prescott on the east side of Portland

Portland General Electric reported a number of outages Saturday morning, mostly in Clackamas and Washington counties, due to weather conditions, equipment failures and at least one crash.

Many school districts in the Portland metro area and Clark County rescheduled or canceled events planned for over the weekend.

The weekend snow storm follows one that created problems on the roads Feb. 4 and led to school closures throughout southwest Washington and western Oregon on Feb. 5.

Your pics: 62 stunning photos of snow in Portland

Your Pics: Snow is here!