The artist thinks whoever broke into the Foundry knew about the outage too. Without power, the security systems do not work. 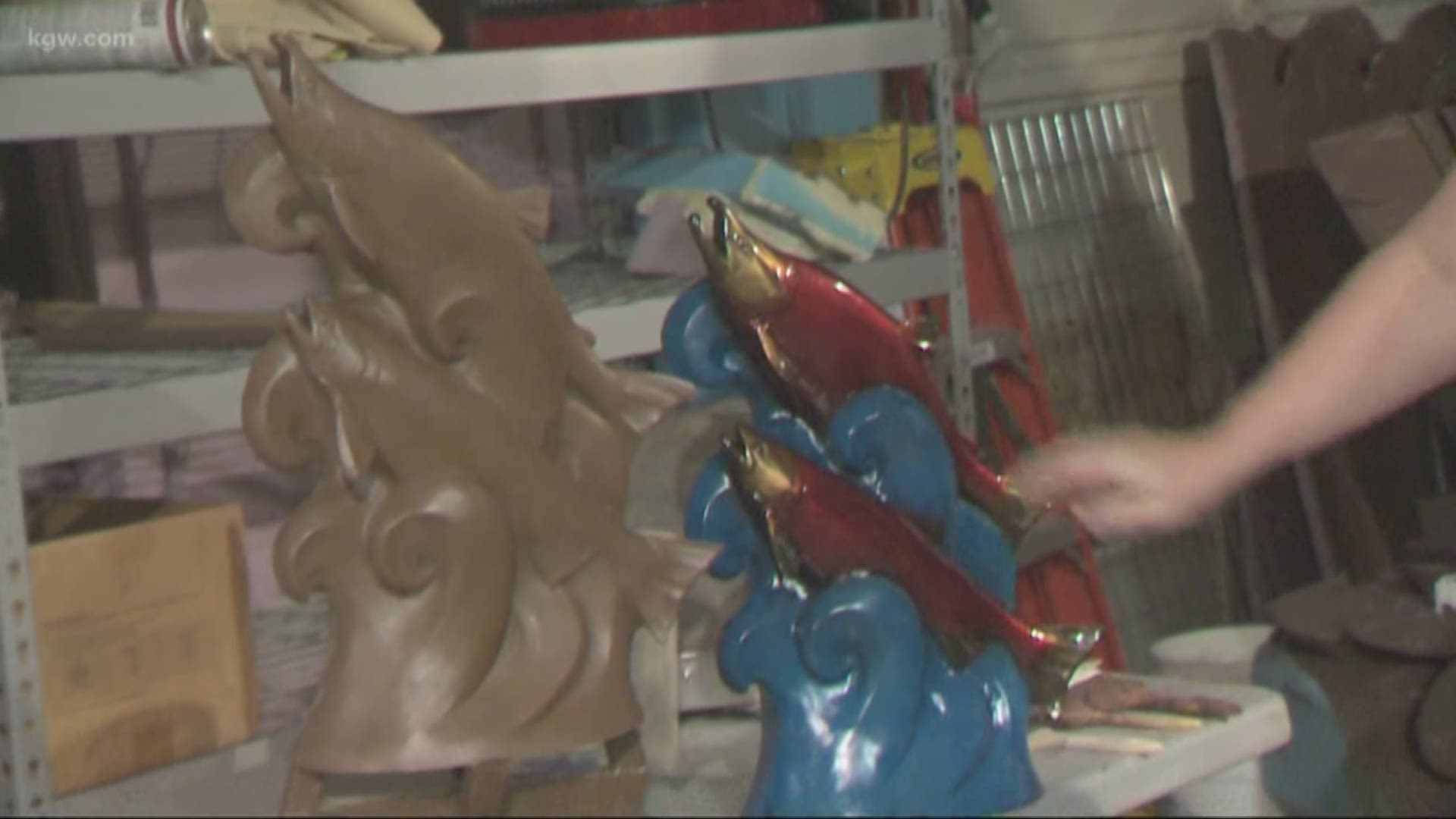 CASCADE LOCKS, Ore. — An artist in Cascade Locks said burglars broke into her business and stole thousands of dollars worth of equipment and art. It happened overnight Sunday at the Foundry along Wanopah Street in Cascade Locks.

Bronze Sculpture Artist Heather Soderberg-Greene said it happened during a power outage that was planned and advertised ahead of time.

“Basically, we occasionally get power outages,” Soderberg-Greene explained. “The Bonneville Dam needs to repair and update things, I'm not exactly sure what, so it's approximately 12 a.m. to 6 a.m. and so last night (Sunday) that happened and there's quite a bit of warning, so everybody knows about it.”

Soderberg-Greene thinks whoever broke into the Foundry knew about the outage too. Without power, the security systems do not work.

“We have an alarm, we have surveillance, we have security lights, so if anybody even just walks past the lights go off, so we have everything,” Soderberg-Greene said.

Soderberg-Greene said the break-in will likely set them back months as she works to finish what she says will be the largest hand sculpted bronze eagle in the world. She said the Foundry is completely trashed and upwards of $50,000 dollars worth of equipment and artwork was stolen.

“It's so violating, I mean we're just a small art studio, we've got people that work with us we're all like family,” Soderberg-Greene said.

And to her the break-in feels personal.

“It just feels bad to be violated so badly because obviously, it's people that either know our business or something,” Soderberg-Greene said. “I don't know, I mean it's not something, we don't have a big sign, so it's definitely somebody that knows our business. They knew which welders to take and where to get in, so it hurts very much.”

The Hood River County Sheriff’s Office could not say what time the break-in happened, but said they are investigating.

Bonneville Power confirmed the planned outage and said it coordinates with the local utility on the timing. A spokesperson for Bonneville Power said, “An outage at any time is going to be an inconvenience, but our goal is to further strengthen the grid, maintain reliability and reduce the likelihood of future unplanned emergency outages. So, we work with the utility to develop a time frame that minimizes the impact on local communities.”

Bonneville Power said it has another planned outage scheduled for November.