Esera Tuaolo, who played for OSU in the '80s, made national headlines in 2002 when he came out as gay. His nonprofit, Hate is Wrong, aims to end homophobic bullying. 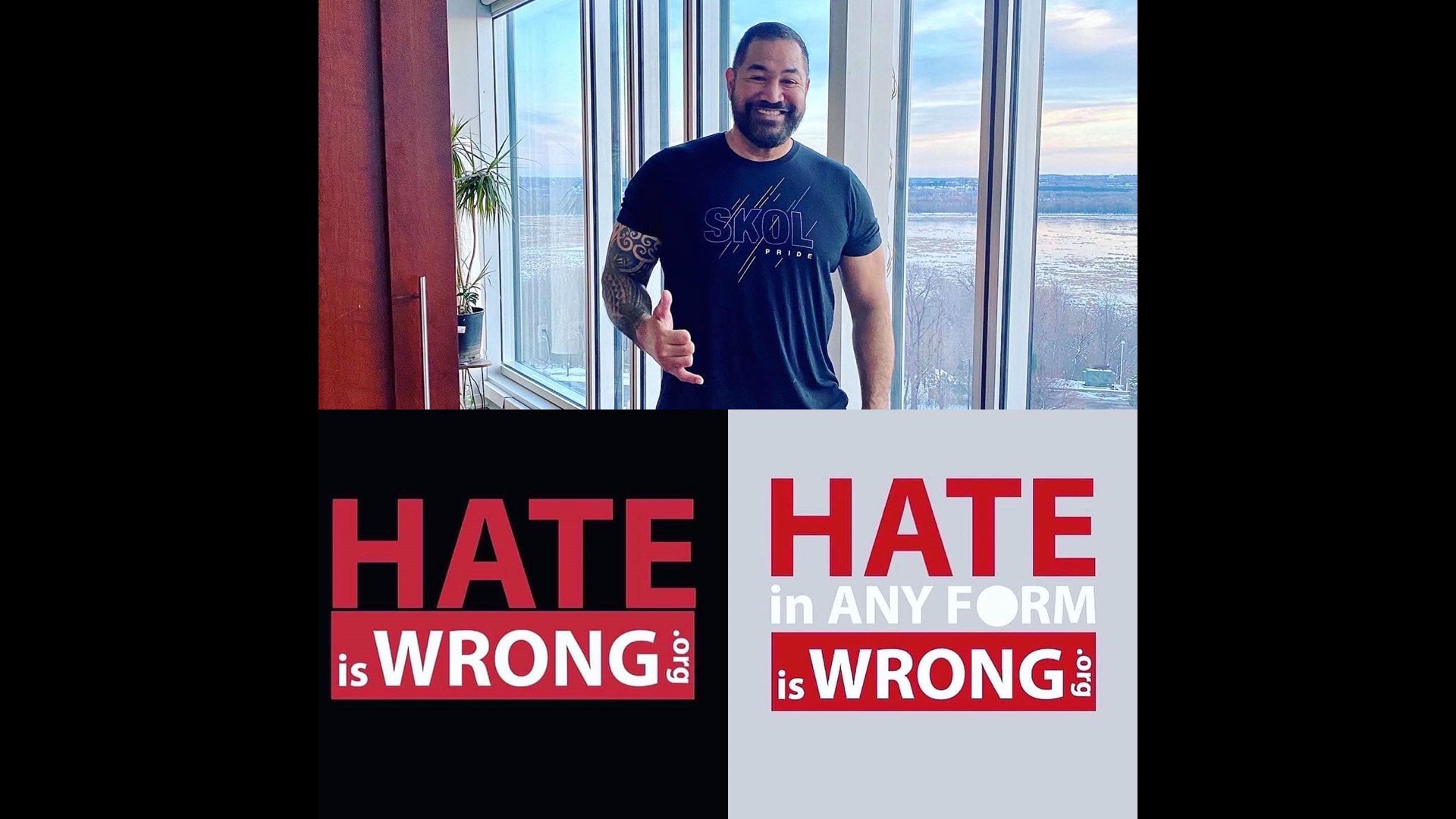 CORVALLIS, Ore. — Esera Tuaolo is a Beaver at heart. He played football on a scholarship at Oregon State University in 1986.

"As far as with football, it was a great experience," said Tuaolo. "But as a lot of people know around the world, living with a crippling secret was very difficult, especially being in the masculine arena and having to hide who I truly was.”

Tuaolo is gay and didn’t come out until 2002, years after leaving OSU and playing in the NFL. Along the way he developed the motto: Hate in any form is wrong.

"It was a way for me to fight the fight within the shadows, and no one knowing who I truly was," Tuaolo explained. "So anytime sexism, racism or homophobia would come up in the locker room I would tell the guys, 'Hey, hate in any form is wrong, dude.'"

His admission brought death threats and other hateful messages.

In 2008 he created the nonprofit Hate is Wrong, with a mission to end homophobic bullying and work toward inclusion in sports. During Super Bowls they host inclusion parties to raise money for anti-bullying programs.

"It’s the message to get out to a lot of athletes, or anyone that’s dealing with the struggling of coming out, that they’re not going to be alone, there are people here to welcome you home.”

The series launched last October in the midst of the pandemic and the Black Lives Matter movement. For his virtual talk, set for April 21, Tuaolo hopes others take his message to heart and begin to be be open minded and understanding.

“I’m just hoping that they would take it and apply it to their lives so that we can create a better world for everyone," he said.

Tuaolo will appear in conversation with Susan Shaw, a professor of women, gender, and sexuality studies at OSU, on Zoom at 5 p.m. April 21.

It’s free to view the conversation but registration is required. To register visit: https://beav.es/JEq.