If the Labor Day wildfires didn't do enough damage, now there's another threat. The trees injured by the fires are at risk of a beetle invasion. 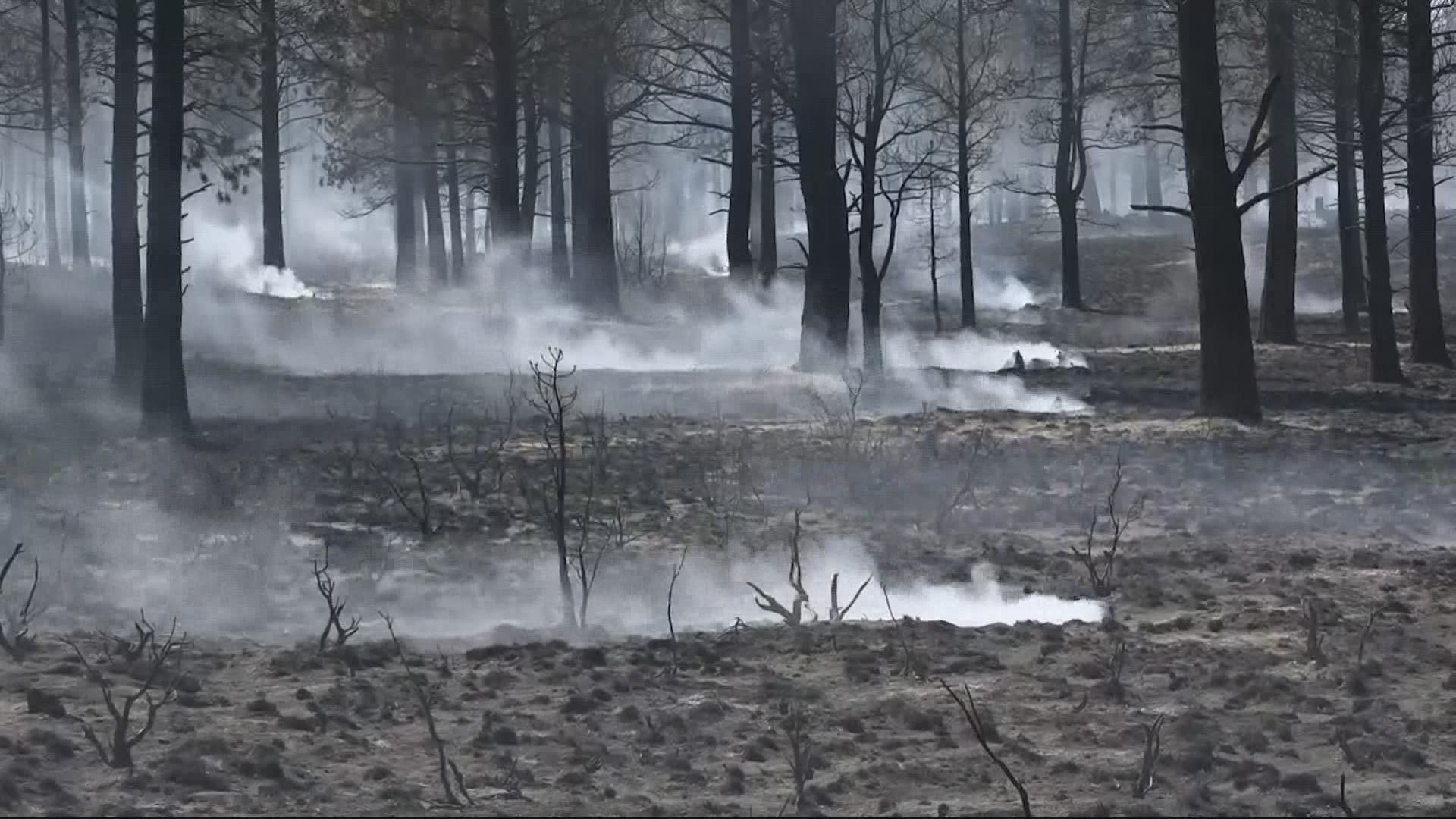 PORTLAND, Ore. — Thousand of trees were destroyed in the Labor Day wildfires. But many were simply injured. It is those trees that face a new, albeit tiny, threat: native tree-killing beetles that emerged last month looking for new homes.

"Trees that have been damaged by fire but they didn't die, those are the highest risk trees because they're are still alive and that's what the beetles want," said Oregon Department of Forestry entomologist Christine Buhl.

Buhl warns those fire-injured trees can attract the beetles which lay their eggs under the bark. When they hatch, the bugs begin feeding on the tree, destroying the tissues needed to absorb water.

"When you have more damaged trees that's just more food for these insects and their populations can increase into an outbreak level - that's the concern," said Buhl.

And if those bark beetles get established, even the healthy trees could be at risk.

"They could build up into a number that can spill over into the healthier trees that otherwise would have been fine, but by sheer numbers, they could overwhelm the defenses of those healthy trees."

Buhl said the outbreak could spread from tree to tree and continue for several years impacting the health, and safety of our forests.

"At some point, there could be a safety concern in terms of falling trees," Buhl said.

It's a problem that will only get worse as drought conditions get worse.

And one that forest managers will need to plan for.

"It's not something that is landscape devastation," said Buhl. "But it is something to be mindful of in the future."