The family's quest for answers, and the changes it’s brought about, are the subject of a series of columns published this month in the Portland Tribune. 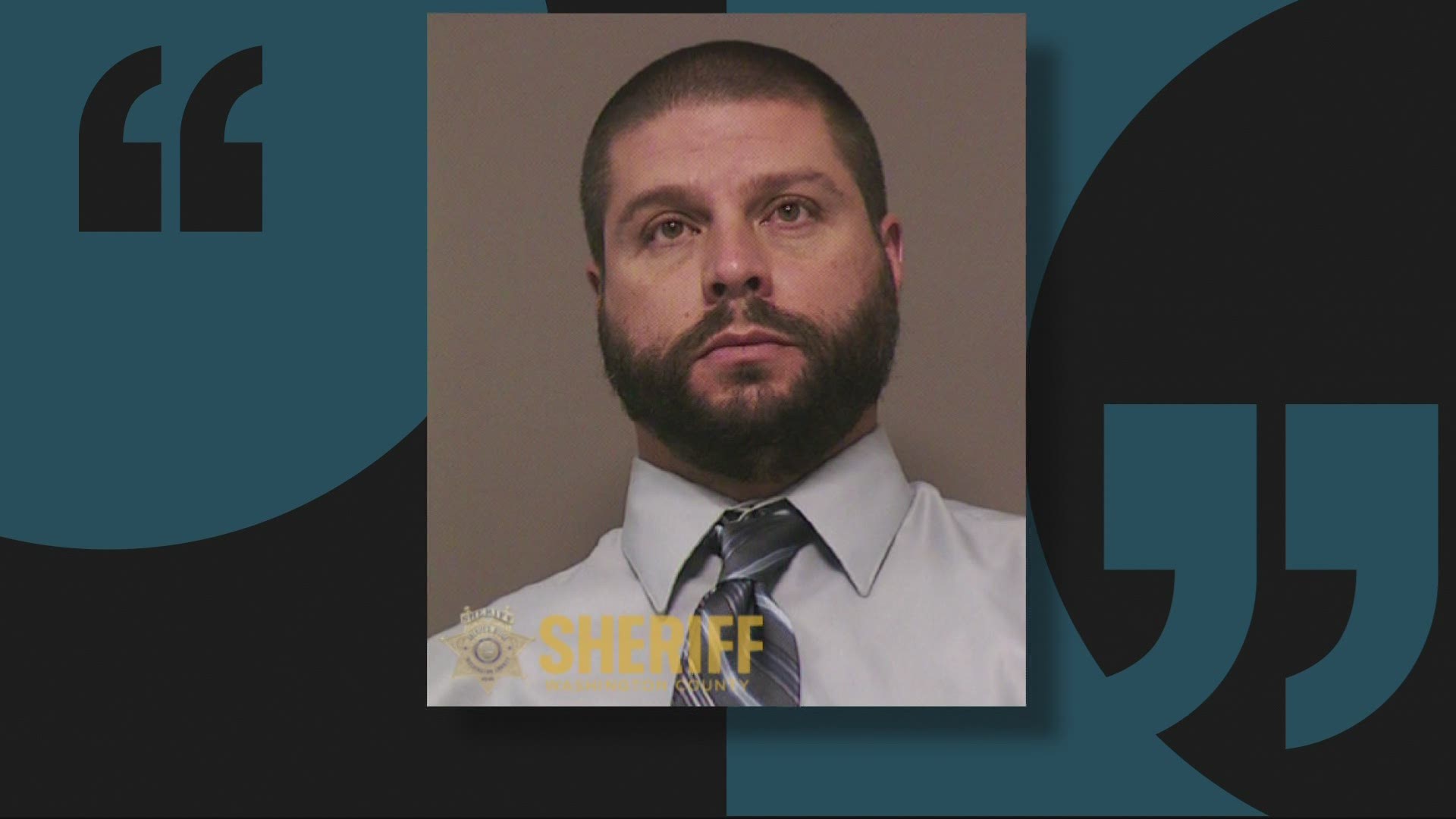 FOREST GROVE, Ore. — A Forest Grove family says they were kept in the dark for days about the identity and occupation of the man arrested for a drunken attack on their home early one morning last fall. In short, no one with the Forest Grove Police Department or the Washington County Sheriff’s Office, the family says, would tell them the suspect they’d arrested was, in fact, an officer with Forest Grove Police.

Their quest for answers, and the changes it’s caused since, is the subject of a series of columns published this month in the Portland Tribune.

“The initial trauma of that night has gotten a little bit better, but now it almost feels like the response and me finding out more of what that response was is kind of bringing out other feelings,” said Mirella Castaneda, whose husband, mother and four kids were sleeping in their home the morning of the attack. “I'm not as secure as I used to feel.”

As KGW reported at the time, Castaneda’s family woke up around 1 a.m. on Halloween to a drunken stranger punching the Black Lives Matter flag hanging on their garage, hitting the garage door behind it. He was also, she said, kicking their truck, which had Black Lives Matter written on the windows.

Castaneda said the man tried to kick in their front door and threatened to fight her husband.

“I've never been so frightened, never had someone attack, come at us,” she said in an interview a couple weeks after the incident.

Eventually, the man ran away, and the family called the police, who said they'd arrested him. Castaneda's 13-year-old son was so scared, he slept with a knife. It left her determined to find out what happened.

But, as Castaneda told us this week, that would prove difficult.

“More than anything it's been a disappointment,” she said. “There's some fear may be mixed in there.”

According to the Portland Tribune, the night of the attack Forest Grove police responded and found Officer Teets walking near the home, but because he was drunk and aggressive, they reportedly let him go home.

Officers then, following protocol, turned the case over to the Washington County Sheriff’s Office.

Sheriff Pat Garrett said in an interview Tuesday the deputy in charge privatized the case, which also follows protocol, in high profile or sensitive cases, like when the suspect is a cop. But, according to Sheriff Garrett, the records department should have known victims can still get info on the suspect.

The agency has since conducted an internal review, and he said they've implemented better training.

“Investigation integrity is super important, but so are serving victims and making sure that they feel supported and safe and cared for,” Sheriff Garrett said. “And frankly, we came up short. We recognize that, and I've apologized to them.”

Officer Teets is still employed, and for now, he's on administrative duties. Court records show his trial is set for this summer, on charges of criminal mischief in the second degree and disorderly conduct in the second degree. At the most, he could spend a year behind bars for each charge.

Two other Forest Grove officers are on paid administrative leave, pending an outside investigation into how the department handled Teets' case.

Castaneda, meanwhile, is doing her best to help her family move on and trust again. The family has kept their Black Lives Matter flag up on their home, alongside an American flag, since the attack.

“I mean, I have quite a bit of family and friends that are in some way or other part of law enforcement,” he said. “This is an individual or these individuals are not good cops… But that doesn't mean that all cops hopefully will behave in that way.”